The Royal Institute of British Architects (RIBA) has announced its shortlist for the 2021 International Prize, a prestigious biennial award that celebrates the world’s best new projects that “champion buildings that change the world and positively impact the community around them". The jury has selected three projects from a list of 16 projects in 11 countries, and will announce the winner on Thursday 2nd December. 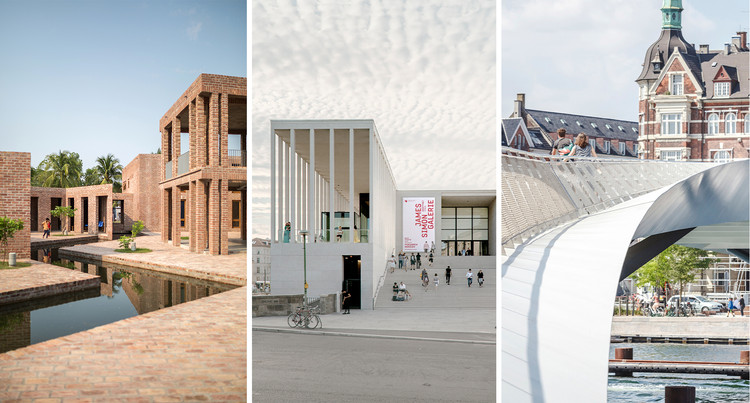 Read on to discover the shortlisted projects along with their descriptions:

The hospital is built on a nature-ravaged landscape that had been heavily affected by a major cyclone a few years ago. The architecture is inspired by an abstraction of the riverine Bengal landscape, blending with its surroundings. A series of courtyards help bring in natural ventilation, leaving the air-conditioned spaces only for operating rooms. In addition, a canal was integrated with the master plan to traverse the site's access while collecting rainwater and animating an internal landscape.

The James-Simon-Galerie serves as the new entrance building for Museum Island. Together with the ‘Archaeological Promenade’, it stands as the backbone of the master plan that was developed back in 1999 and was used as the basis for all further planning on site. The gallery is able to welcome large numbers of visitors, housing all the facilities required by the contemporary museums. The structure forms a physical connection above ground with the Pergamon Museum and links the museum via the Archaeological Promenade at basement level with the Neues Museum, the Altes Museum and the Bode Museum.

Complimenting Copenhagen’s waterfront and maintaining its reputation as the world’s best city for cycling, the Lille Langebro cycle and pedestrian bridge crosses the city harbor, home to the Danish Architecture Center, cafes, a playground and new public spaces, which revive a part of Copenhagen Habour that has been overloooked for decades. The design follows three key ideas: an elegant curve in plan which aligns with the great arc of ramparts, the arrangement as two wings on the sides of the bridge which define a very acute edge dividing light from shade, and third, a curved profile of the bridge only becomes broken when the two swinging sections open for marine traffic.