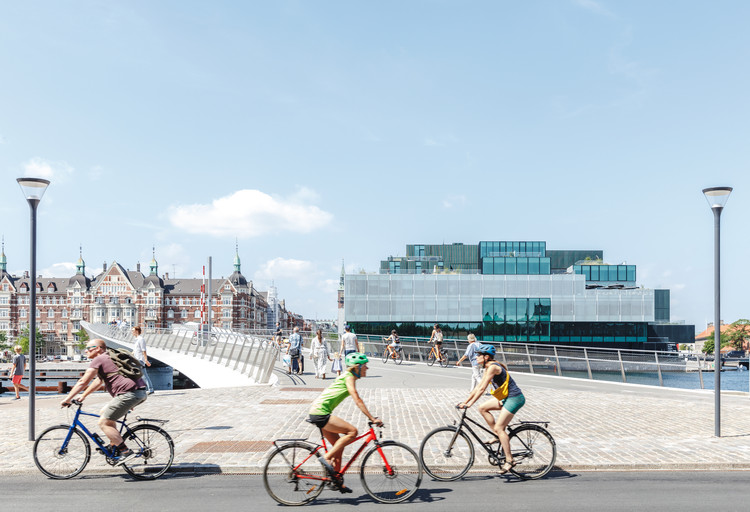 Text description provided by the architects. Enhancing Copenhagen’s waterfront and its reputation as the world’s best city for cycling, the elegant Lille Langebro cycle and pedestrian bridge is complete. By international architecture practice WilkinsonEyre, the 160m opening bridge across Copenhagen’s Inner Harbour was won in competition for Danish client Realdania By & Byg.

Now gifted to the municipality of Copenhagen, the bridge crosses the city harbour next to the new BLOX building which, among other things, is home to the Danish Architecture Center, cafes, a playground and new public spaces, all of which bring life to a part of Copenhagen Habour that has been deserted for decades. It seamlessly connects the vista down Vester Voldgade from the City Hall to the harbour and on to Christianshavn on the Langebrogade quaysides.

Three key ideas characterise the concept and identity; firstly the bridge follows an elegant curve in plan which aligns with and evokes the great arc of ramparts and moat of Christianshavn, otherwise not apparent when viewed from the city. Secondly, the structure is arranged as two wings on the sides of the bridge defining a very acute edge dividing light from shade. This edge dips below the decks at the abutments and soars up above the deck at midspan creating a further elegant line. Thirdly, and unexpectedly, the graceful curved profile of the bridge only becomes broken when the two swinging sections open for marine traffic.

At midspan the structure is higher than at the quaysides to allow for the required 5.4m navigation clearance for boats. Together with the curved alignment and raised 'wings' this has the effect of a gradual reveal of what is ahead for those crossing. Working in collaboration with engineer BuroHappold, WilkinsonEyre’s design for the opening mechanisms are discretely concealed in the piers and opening structure allowing the flowing line of the bridge to run uninterrupted from end-to-end. Split into five spans, with two 28m parts either side of the 48m main section, Lille Langebro has a minimum clear width of 7m, offering a generous 3m wide zone for pedestrians and a 4m wide zone which has been subdivided into two lanes for cyclists. 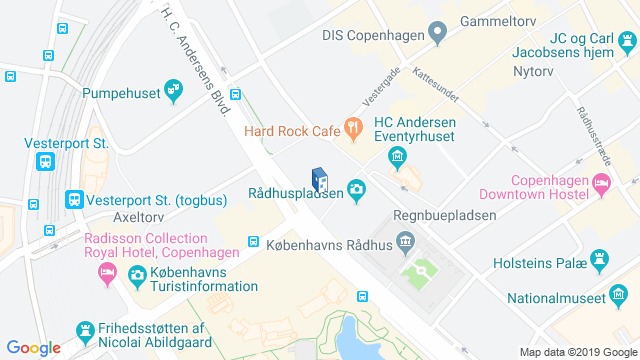 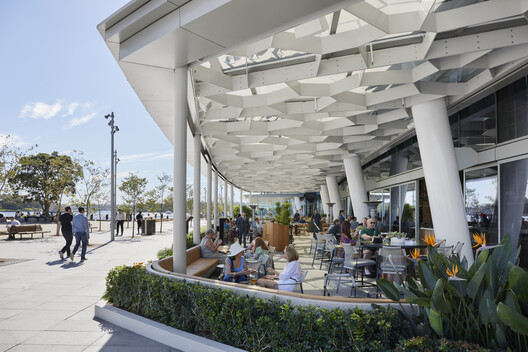 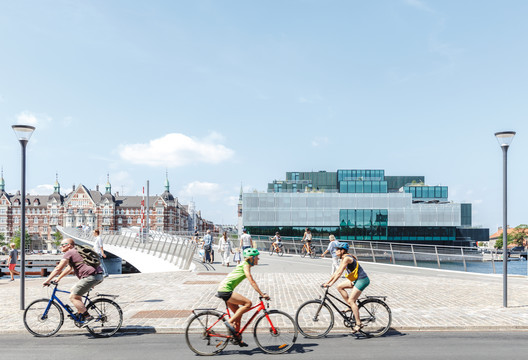