Save
Living in the Amazon in the 21st Century: A Planning and Urban Design Guide for Cities in the Peruvian Lowland Rainforest
Share
Or
Copy

Addressing the universe of the world's largest tropical forest, the book 'Living in the Amazon in the 21st Century: A Guide to Urban Planning and Design for Cities in the Peruvian lowland rainforest', has been selected as a finalist in the category of publications at the 12th Ibero-American Biennial of Architecture and Urbanism. The issue, published in 2019 as part of the PUCP Architecture Publications, in the framework of the CASA (Self-Sustainable Amazonian Cities) project of the Climate Resilient Cities initiative of IDRC, FFLA and CDKN, focuses its research on the department of Loreto, presenting itself as "a guide for architecture and urban design, for settlements in the Amazon forest, including the social processes to be considered". 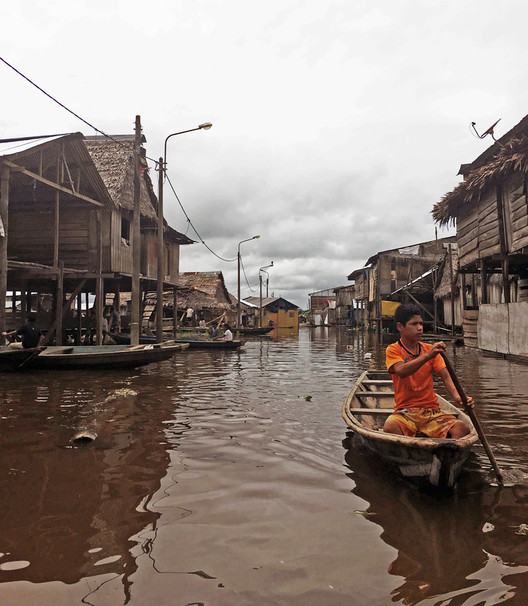 Description submitted by the authors

In the Amazon, before the appearance of these urban centres, human beings coexisted with nature, adapting to the unique particularities of the geography, climate and vast biodiversity of the jungle. Small agglomerations of human groups were dispersed and in constant movement through the territory, following the endless transition of the rivers during periods of flooding and riverbed changes.

Cities in the Amazon are a relatively new phenomenon, originating from an extractive view of the territory. In the republican era, the lowland rainforest has been seen as a supplier of raw materials (rubber, oil, timber), which has led to unsustainable relations between city-dwellers and nature, promoting the rapid degradation of forests and water pollution. This, in turn, limits the full development of city dwellers in the Amazon, generating the need to create alternative livelihoods in harmony with the ecosystem. In the 21st century, we face additional challenges due to climate change and its effects on the Amazon ecosystem, which include changes such as increased flooding in some areas, droughts in others and soil erosion in deforested areas. The urban models used in cities in the lowland rainforest were born in other territories with different socio-natural dynamics to those of this amphibious and dynamic territory. As a result, they fail to adapt to these particular circumstances, generating negative impacts on both the ecosystem and the human groups that inhabit the Amazon (see Desmaison, Boano and Espinoza, 2021).

The book 'Living in the Amazon in the 21st Century: A Guide to Urban Planning and Design for Cities in the Peruvian lowland rainforest' explores different dimensions of living (social, economic, geographical, political) and proposes alternative approaches for more comprehensive and inclusive planning processes. The generation of urban models is a complex and difficult task that requires transdisciplinary, multi-sectoral and collective work. This publication is a tool that promotes that dialogue by rethinking the way we inhabit the Amazon, seeking to regenerate urban centres adapted to the most diverse ecosystem in the world and prepared to face the coming effects of climate change. We choose to seek coexistence - knowing how to live in harmony with our surroundings - as the goal to be achieved in this reconfiguration of urbanism and architecture in the lowland jungle. Due to the wealth of flora and fauna of what is recognised as the lungs of our planet (and an essential element for the mitigation of the effects of climate change), it is not enough just to inhabit or occupy a space: we must seek to preserve the ecosystem by generating ways of life that promote a balance between territory and humanity.

We believe in the need to reconfigure cities that promote and respond to the cultural, social, geographical and environmental diversity that characterises the Peruvian territory. This publication is a first step towards fulfilling this desire, responding to an ecosystem that involves more than thirty percent of our country: the lowland rainforest. Here, we present guidelines and strategies that seek to make alternatives to urbanisation and city expansion processes visible. These proposals were born out of exchanges with local authorities, non-governmental institutions and the population itself, in which they sought to rescue the particular identity of the inhabited spaces of the Amazon, their customs and knowledge of adaptation, as well as their desires and vision for the future. This new perspective, and the recommendations that arise from it, result in the generation of a series of strategies that could be applied both in existing urban spaces and in the generation of new settlements. We conclude this publication with two pilot projects that exemplify how the articulation of different strategies can lead to the generation of integrated solutions for the promotion of sustainable coexistence between humans and the lowland jungle.

The book is aimed at groups that make and debate city-making: from local municipalities and academia to organised citizens. We sought a language - both graphic and in text - that is easy to understand and navigate, providing ease and flexibility in its reading and promoting the reader's own ability to generate visions and ideas for making cities. The book is, therefore, a reference that provides components, considerations and strategies to generate cities and urban centres that promote coexistence between humans and nature. 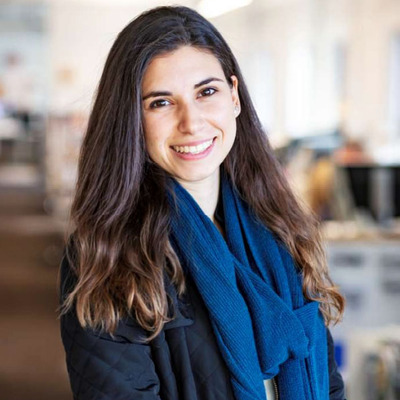