Save
Why Francis Kéré Won the Pritzker Prize?
Share
Or
Copy

Last Tuesday, March 15, Francis Kéré became the first African architect to win the Pritzker Prize, the most important award in the architecture discipline.

The election of Kéré is not only symbolic in a time of identity demands, where the institutions that make up the mainstream are required to more faithfully represent the social, cultural, and sexual realities that make up our societies, but it also confirms the recent approach of the Pritzker Prize jury. 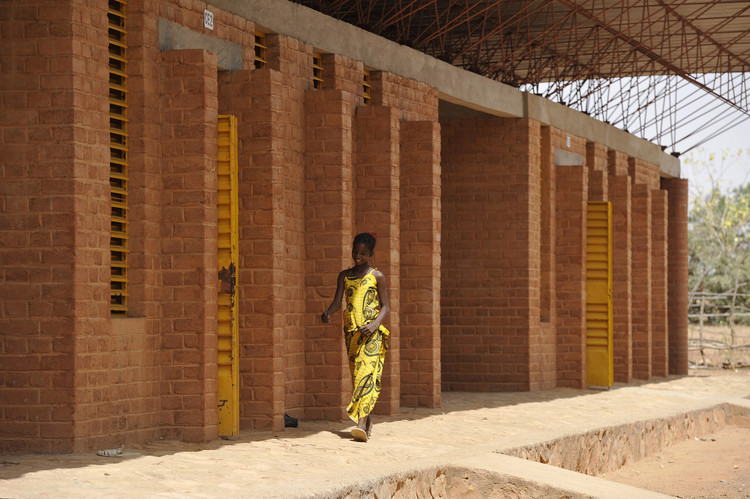 From its first edition, from 1979 until the first half of the 1990s, the Pritzker was mainly understood as a lifetime achievement award (Philip Johnson, Oscar Niemeyer, and Aldo Rossi, to name a few). Later it mutated to the definitive crowning of the global celebrity generation (Norman Foster, Rem Koolhaas, and Zaha Hadid, among others) and in the last decade, the jury has highlighted statements of social commitment by reporting-from-the-front architects such as Shigeru Ban (2014), Alejandro Aravena (2016), Lacaton & Vassal (2021) and obviously Kéré himself.

From Burkina Faso to Germany and vice-versa

The professional career of Kéré Architecture's founder is strongly shaped by his own biography to the point that, due to how the announcement has been covered by media, it is required to clarify that the recognition is not an award for meritocracy or a way to satisfy the inquisitive social networks, but to a philosophy and architectural principles certainly influenced by his path.

Born in 1965 in the town of Gando, Burkina Faso, Diébédo Francis Kéré is the eldest son of his village chief and the first to attend school. Thanks to two scholarships granted by German institutions, he was able to start studying carpentry in 1985 and, ten years later, to start studying architecture at the Technische Universität Berlin.

Although he began studying architecture at the age of 30, Kéré's career path is particularly fast, and as the architecture critic Anatxu Zabalbeascoa has recently described, he faithfully represents the example of “a developer who has not been an investor”. Thus, while studying architecture in the German capital, he launched a foundation with colleges—Schulbausteine fuer Gando (Bricks for Gando)—in order to finance his very first project: a primary school in his hometown.

In this project, Kéré, as seen in his subsequent projects built in West Africa, understands that his design is the result of combining basic needs, limited budgets, convincing communities to work as a team, and a low-tech definition of sustainability based on revaluing and adapt the vernacular techniques of the community for their own benefit. Of course, without sacrificing the beauty of architecture.

During the development of the primary school, Kéré's technical knowledge allowed him to value, adopt and adapt local construction techniques: the structure and the ceiling were made with hybrid clay-and-mud bricks to improve their structural performance. They are easy-to-produce cheap bricks and provide thermal protection against the hot climate. Kéré also knew that rain damages bricks, so he oversized the corrugated metal roof, mounting it above a metal frame so that the classrooms don't absorb heat trapped by the roof. Of course, Diébédo, perfectly knowing his hometown community, had to convince the people that clay is actually a noble material and not just for the poorest. At the same time, he trained his neighbors instead of bringing skilled workers from other locations of Burkina Faso: he will not only lower costs but also give workers a key to a better working future.

That first project earned him the Aga Khan Award for Architecture in 2004 and the architectural principles applied in this specific intervention will be his hallmark in subsequent works in Burkina Faso, Mali, and Mozambique, such as the Centre for Earth Architecture, the Benga Riverside Residential Community, and the successive extensions of his debut building.

In eminently rural contexts such as that of his native country, Kéré understands that his pieces also function as urban beacons that provide shelter, services, and tools to the surrounding community in natural environments where the boundaries between the built and the landscape are diluted. Progressively, Kéré's technical solutions become more sophisticated as he refines the technique as an architect (and promoter). For example, in the design of the school library of Gando, he incorporates another undervalued material—eucalyptus—a wood then used as firewood since its roots dry out the soil and its shade is not very efficient; at the same time, he uses clay pots as skylight molds to ensure natural light and air circulation inside the library.

In Kéré's works, nothing is superfluous, but that doesn't mean that he rules out from the equation the good design that thrills us. He thus achieves a delicate balance between the reformulation of local techniques and outstanding design, avoiding the romanticization of precariousness. In fact, Kéré does not plan to institutionalize or export the aesthetics or construction techniques of his hometown but understands that these principles only work in the location to which they belong and that in their construction process he can transfer knowledge to workers and the society, without falling into the delusion that the architects should disappear to make way for a fully skilled community.

The leap to design in Europe came hand in hand with being invited to design pavilions such as the Vitra + Camper Store in Germany, the Courtyard Village in Italy, and, of course, the 2017 Serpentine Pavilion, the project that eventually allowed him to reach to a global audience.

Pavilions are a typology of greater symbolic than programmatic value and, therefore, their design allows for more aesthetic exercises than usual. However, Kéré's challenge here is how —discarding the scarcity of resources and the condition to work with the community and generate social impact— to trace a sensible response from a climatic, sensory, and spatial approach. Thus, he resorts to elements from his native land to create a sifted shadow like the cobogós do, while the wooden canopy structure of the pavilion resembles a savannah tree that allows rain to be collected —if there is any during the London summer— to water the park.

Here Kéré finds a purpose in something that could simply have been an aesthetic whim. And the Pritzker jury, by awarding him, also rewards a way of practicing architecture that happens in different latitudes of the world: the adaptation of local techniques as an effective response to the climate crisis and the scarcity of resources. Sustainability is not achieving a LEED certificate for a building, but how to expel the heat of a classroom with bricks made in situ that fuel the chimney effect.

How to Present One's Culture Instead of Copying

Impoverished countries do not have enough influence to shape and deliver their own culture (or brand) to the world, but are left at the mercy of what developed nations understand. For this reason, Kéré is aware that the "West knows how to present its culture. Everybody is dominated by the images produced in the West” and, therefore, his challenge is also to create a local architectural language, one of the many that African architecture can coin, without falling into the stereotype of the impoverished village or violent slums at polluted outskirts. In fact, there are more architectural languages to be built on a 1.2 billion-inhabitant continent, outlined by around 50 countries and populated by a rich geographic, cultural, and ethnic diversity.

In certain latitudes of Latin America, Kéré's work can also be linked to the rise of the so-called social architecture, where the scarcity of resources and the absence of the state are also compensated with creativeness, revaluation of local techniques, and cooperative work in indigent rural areas. In both scenarios, architecture solves basic needs on a small scale, but, on the other hand, it is also dangerous to think that this is the only possible way architecture can happen in these regions, according to colonialist and paternalistic (but influential) visions from the first world.

And just like these social impact architectures, the challenge is how to scale up these principles on urban scenarios. Ecuadorian offices such as Natura Futura and Al Borde, two solid examples of social impact architecture, have successfully made the leap to the cities, while Kéré is currently designing the National Assemblies of Benin and Burkina Faso. In these legislative venues design, the 2022 Pritzker Prize Laureate's principles will be put to the test: a built architecture, that is the result of so many other processes that it detonates; and a vision of modest utopia, matching the winds that are currently blowing around the world: “We have to think big, be a little bit visionary. If you do so, you push people to think further.” 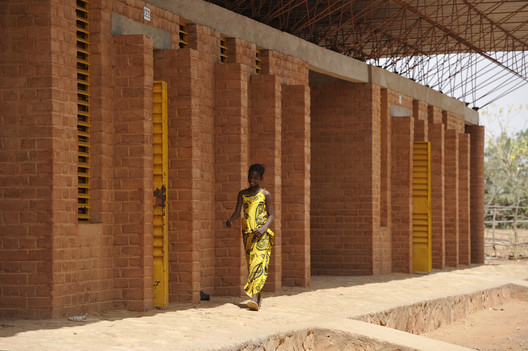