Save
From Farm to Fork: How Architecture Can Contribute to Fresher Food Supply
Share
Or
Copy 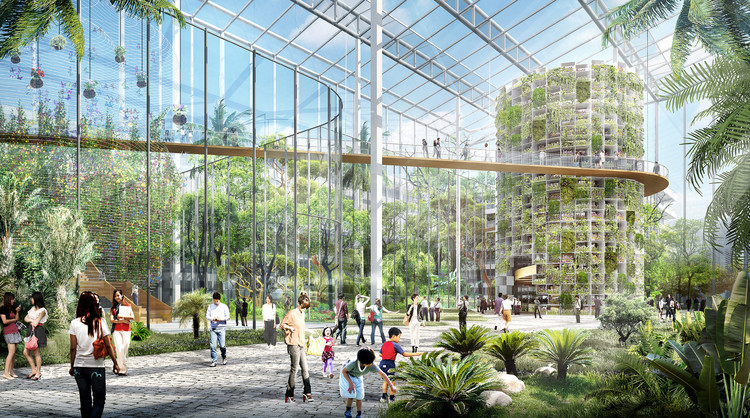 When you come to think of it, most of the food on your plate has a history behind it - a long journey that we are unable to describe. In her book Food Routes: Growing Bananas in Iceland and Other Tales from the Logistics of Eating (2019), Robyn Shotwell Metcalfe refers to the paradox of fish being caught in New England, exported to Japan, and then shipped back as sushi, revealing a large and complex network that nobody can see when they buy takeout Japanese food at the local grocery store.

Just to give an idea of the magnitude of these routes, in his text Da Fazenda para a Cidade (From the farm to the city), Rafael Tonon comments that 95% of the food in the USA travels more than 1.6 thousand kilometers to reach the retail outlets. This means that all the vegetables available in US markets take a week to arrive from the East Coast and be distributed throughout the country. This is no different in Brazil. According to the National Logistics Plan, 2.4 trillion tkm (ton-kilometer) of food freight were transported throughout the year in 2015, 65% of which was by land and 26% by waterway. This is a very long journey to get to the supermarket shelves.

Hence the term food miles is often used today to refer to the distance traveled by food during its production process and the respective environmental impacts of this practice. In short, this term advocates for a model seeking to ensure food quality and reduce waste through more efficient distribution and marketing logistics based on shortening the distances between production and consumption.

This complex and extensive food supply chain has also resulted in the spatial accessibility of healthy food becoming a key factor in determining a healthy lifestyle. Unfortunately, this standard is not very realistic for the majority of the population in large urban centers, who live far from agricultural areas and lack green spaces and contact with nature.

However, in search of truly fresh food – and not just the image on the package – many new initiatives have been trying to reconnect city dwellers with their food in a sort of throwback to the days when we used to be aware of everything we consumed – which not surprisingly culminated in the end of human nomadism. These strategies seek to highlight the food production and consumption routes but also demonstrate the growing concern with the environment. For instance, road food transportation in Brazil alone releases more than 100 million tons of CO2 per year. This situation has encouraged practices such as locavorism, which is the habit of buying food only from local producers or small businesses. By doing this, the aim is to avoid the loss of nutrients, freshness, and potential environmental impacts generated by the long journeys to reach the supermarkets.

These new outlooks on consuming and eating habits have, obviously, reflected on city planning and architecture. As opposed to a chaotic and unfeasible urban reality, some projects strive to bring green into the cities, combining architecture, technology, and environmental education.

This does not include only small individual vegetable gardens – even though they are becoming more common in both houses and apartments – but mainly large vertical farms and urban gardens capable of producing tons of food per year. These projects emerge as strategies to bring food closer to consumers but they can also serve as smart tactics to make better use of land given that the population is expected to reach at least 9 billion people in the next 50 years. In other words, there won't be enough room for food production if we continue to rely solely on traditional methods and horizontal farms.

In the face of this gloomy prognosis, the good news is that this green urban future has already arrived in some places around the world, and it is nothing like the futuristic picture usually associated with vertical farms, namely huge high-tech skyscrapers. For example, Paris opened a huge 14,000 square meter urban farm on the rooftop of a building. The plantation does not yet cover the entire area, but when it does, it could be considered the largest in Europe and perhaps in the world. The project known as Nature Urbaine is being implemented at the Paris Expo Porte de Versailles - the largest exhibition center in France. Over a thousand fruits and vegetables of about 20 different species will be grown at the top of the building each day. There will always be seasonal food fresh from the garden. Twenty gardeners will be responsible for taking care of the crops and, the best part, without using pesticides or chemical fertilizers.

In addition to taking over the rooftops of existing buildings, there are also independent, avant-garde structures such as Glasir, a modular aeroponic system for growing vegetables in the middle of New York City. The project was designed by Framlab to offer local and affordable goods, improving the resilience of dense urban districts. So is Superfarm, a utopian project by Studio NAB, which is a six-story vertical structure dedicated to urban agriculture that "focuses its production on the culture of foods with a high nutritional value." The project is founded on the principles of high-yielding food as a means of reviving local economies.

Speaking of urban farms, one couldn't fail to mention Shanghai's Sunqiao Urban Agricultural District as well. With nearly 24 million inhabitants to feed and a decline in the availability and quality of agricultural land, the Chinese megacity is set to realize a 100-hectare masterplan by global design firm Sasaki Associates. Situated between Shanghai’s main international airport and the city center, Sunqiao will introduce large-scale vertical farming to the city of soaring skyscrapers. While primarily responding to the growing agricultural demand in the region, Sasaki’s vision goes further, using urban farming as a dynamic living laboratory for innovation, interaction, and education.

When it comes to medium-scale initiatives, it is also worth mentioning the Pasona office in Tokyo, which has dedicated 20% of its area to vegetable cultivation, making it the largest urban farm in the country. However, it is important to remember that because the gardens contain both hydroponic and soil-planted vegetables, they require very specific climate control. This often means keeping these spaces warmer than what is considered comfortable for offices, and this is arguably the building’s greatest downfall. This challenge is intrinsically related to the pioneering nature of the initiative.

However, in addition to the large projects like the ones mentioned earlier, there are small initiatives and public policies that also stand out, fostering small-scale urban agriculture in the cities. These include the project Quintais Sustentáveis (sustainable backyards) in Roraima, northern Brazil, that encourages planting in private backyards and gardens, seeking not only sustainable agroecological production, but also food and nutritional security, creating a source of income, and social and productive inclusion of people in vulnerable situations, ranging from producing seedlings to selling organic composts.

Another interesting example is a law implemented in San Francisco a few years ago that intends to make the city's vacant lots more sustainable. The law proposes that landowners can pay less in taxes if they allow these spaces to be used to create urban farms open to the community for at least five years.

From megaprojects to isolated strategies, one thing is certain: we are becoming increasingly concerned about the quality of our food and trying to live a healthier and more sustainable life. This desire is starting a new era in the cities with the rise of vertical urban farms. It is still an emerging effort that requires architects, computer scientists, and agronomists to work together towards the creation of truly intelligent cities, not just a fantasy but a necessity. 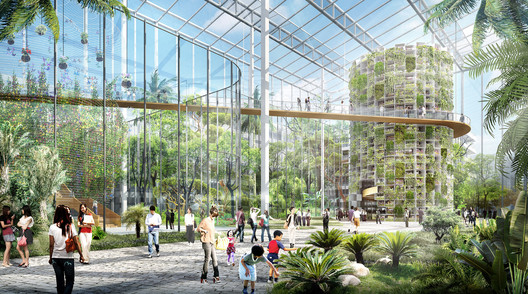