Save
Living in Community: 13 Projects That Promote Shared Spaces
Share
Or
Copy

Due to population growth and an increase in urban density and real estate prices, architects and urban planners have been pursuing alternatives for new spatial configurations for settling and housing in the cities. The multiplication of shared housing and workspaces is an example of how the field of architecture is adapting to new ways of living in society. 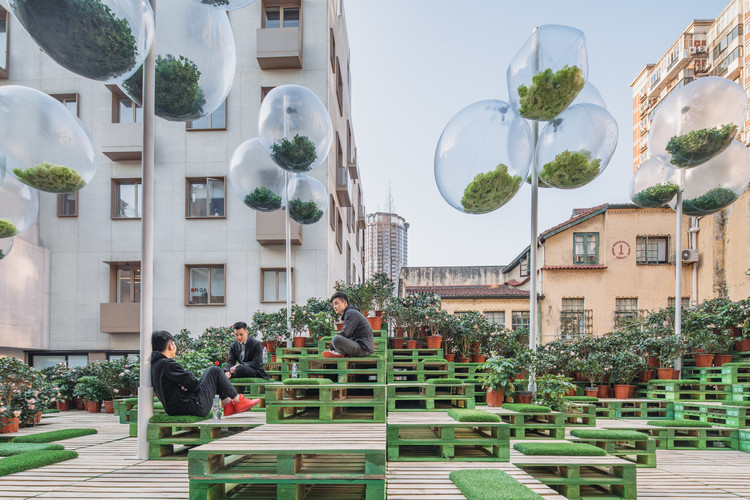 Not only co-working and co-coliving facilities, but mixed-use buildings, flexible spaces, and temporary installations are also associated, each in its own way, with the idea of sharing spaces. In an intervention under the pilotis of MAR (Rio Art Museum), for example, Estúdio Chão raises a question closely related to living together: "What if we refused to accept the idea that in order to live together we would have to lock ourselves behind walls and avoid the danger we believe to be living outside, the frightening threat of others?”

Following, we have gathered 13 projects around the world, including mixed-use buildings, temporary installations, co-workings, and co-livings, which promote shared spaces in different ways.

"Concordia Design is a mixed-use building containing co-working spaces, an event venue, a food hall, a café, and a rooftop terrace on Słodowa Island in Wrocław, Poland. The project is a renovation and extension of a 19th-century listed building, retaining the façade of the existing building and adding a contemporary extension to create a focal point for the neighboring park and a destination that will enhance the experience of the island for visitors."

"The new unit of SESC - a complex set of recreational facilities and services - that will occupy the headquarters building of the old Mesbla, found on the corner of 24 de Maio Street and Dom José de Barros Street, downtown São Paulo, is an exemplary problem of transformation in the built urban heritage."

"Forming the nucleus of the Werksviertel-Mitte district, an urban regeneration plan on a former industrial site, the 7,700m2 mixed-used development located close to Munich’s East Station stands out with its bold and expressive art façade featuring five-meter-tall verbal expressions found in German comics."

"Oasis Terrace is a new generation of community centers developed by Singapore’s Housing and Development Board to serve its public housing neighborhoods. It comprises communal facilities, shopping, amenities, and a government polyclinic. The gardens play more than just an aesthetic role in the community; they are a collective horticultural project. By bringing residents together to plant, maintain, and enjoy them, the gardens help nourish community bonds."

"Due to increasing water levels which occur several times a year, no permanent structure or object can be placed on the riverbanks. Under the main theme of the competition topic of 'Adaptable City,' the project focused on revitalizing the 7 km long riverbank area through ephemeral programmatic injections to experiment with the inclusion of this waterfront public space to the city, enhancing the east-west connection through the river."

"Invited by the Museum of Art of Rio(MAR) to create an arena for the public programming, debates, and performances during the period of the exhibition 'If you don't fight you die - art democracy utopia,' we set ourselves to provoke the very limits of the museum with the public space. We imagined a set of bleachers and platforms that transformed the act of occupying the pilotis of the museum in a gesture of crossing of walls and activation of the public space."

"Urban Bloom is an experiment in urban space and activities taking precedent over a design’s intention or infrastructure’s needs. The only need here was for freedom, and the intention is joy. Urban Bloom renews, and invigorates, urbanism – in fact, the original location was a parking lot. Transformed into an ideal urban garden, and constructed entirely from artificial means, it is a project for a city that emphasizes people."

"According to many studies, the coworking phenomenon is intrinsically associated with the urban lifestyle. The density and diversity of people and opportunities that a big metropolis produces, encourages the apparition of places where its fundamental purpose is sharing creativity. This is why it seemed natural for us that our spaces paid tribute and were inspired by great cities."

"Sinergia Cowork originally started as a real estate development project, with 32 offices and 4 rental meeting rooms. Just another operation inside a recycled space that in its history worked as carpentry, mechanical workshop, movie studio, and warehouse. The offices function as a Cowork: A recent concept in contemporary office spaces, where the user inserts himself into a heterogeneous collaborative environment that enhances his work and social skills."

"The refurbishment of this typical warehouse space provides a simple open working space for a group of independent professionals from the architecture world and neighboring disciplines. It has been designed to propel them in developing their work in a transparent manner, sharing ideas, and stimulating potential collaborations."

"The Dutch hotel group The Student Hotel, which provides a unique co-living and co-working hybrid, has just opened its first two student-only Campus properties in the Marina and Poble Sec districts of Barcelona, Spain. The property features communal spaces, such as swimming pools, gaming zones, open and closed seating areas, as well as quiet study rooms to encourage connectivity and exchange while providing enough space for learning and development."

Three Generation House / BETA office for architecture and the city

"Contemplating care between generations, a family comprising of two households decides to build a house together. While the younger couple already lives in the city, the grandparents live in the countryside and are keen to move back to the proximity of urban amenities."

"Treehouse is a 72-unit co-living complex in the heart of the Kangnam, the start-up hub of Seoul. Composed of micro-studios and micro-lofts, it is designed for single professionals and their animal companions. Treehouse is centered by an interior garden that is lined with collaborative work areas, relaxing lounge spots, communal kitchen, laundry, and pet baths." 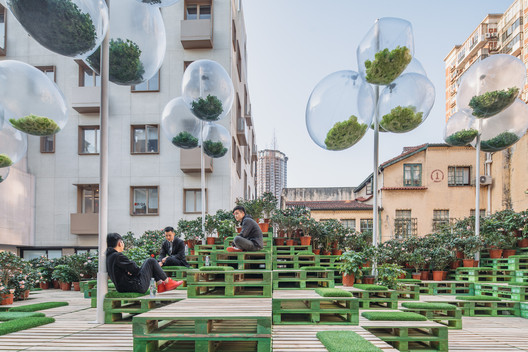