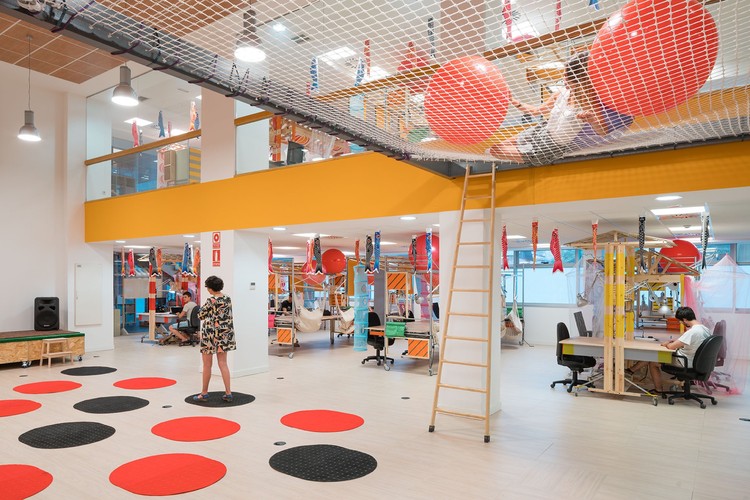 Text description provided by the architects. According to many studies, the coworking phenomenon is intrinsicly associated to the urban lifestyle. The density and diversity of people and oportunities that a big metropolis produces, encourages the apparition of places where its fundamental purpouse is sharing creativity. This is why it seemed natural for us that our spaces payed tribute and were inspired by great cities.
utopic_US is a young and creative company, we could even say it is a little bit carefree… and the idea was to mix inspirations and memories of two cities, with the real soul of the firm. At the same time Izaskun Chinchilla Architects looks to strengthen the link between design and user by means of interactuation and surprise.

Conde de Casal is the first space we open following this philosophy, this is the reason why we appeal to two classics : New York and Tokyo. Two cities where everyone wants to travel to, where anyone wants to go back to, no matter how many times you’ve been to and two cities whose landmarks are recognised all around the globe. They are places that take part of the universal imagination. New York is still the emblem of an opened city where people go to invent and succeed. Whereas Tokyo remains as the symbol of a simbiosis between latest technology and ancestral culture. This is how UTOPIC_US Conde de Casal is : open, filled with oportunities for those who imagine a different World.

Madrid cultural history could be described looking at the transformations that younger generations have imposed. Nowadays the millenials have convinced us of the networking importance and the advantages of sharing. They are starting to transform Madrid once again. utopic_US is an ambitious project, is part of a coworking spaces network that tries to become in the headquarters for this generation to transform Madrid, turning it into the capital of creative entrepreneurship. We want to be the support for that generation.

It is an interior design project. We have designed a versatile equipment that can be moved to another location but trying to create something memorable. We have worked modifying and transforming industrial and contemporary furniture (beds into tables, bunk banks into Skype rooms...) We have also introduced a lot of color employing different fabrics, ceramics, painted papers, etc.

We are trying to inspire the users, everything around them can be transformed into something unexpected. 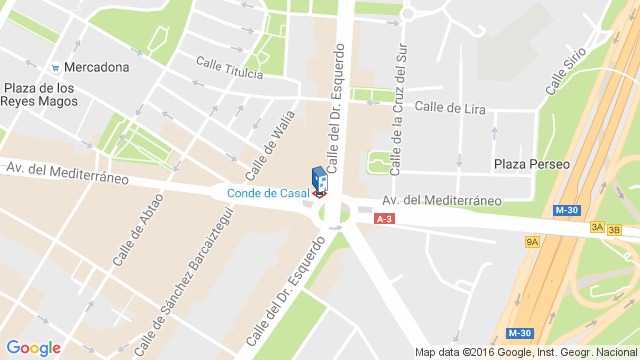 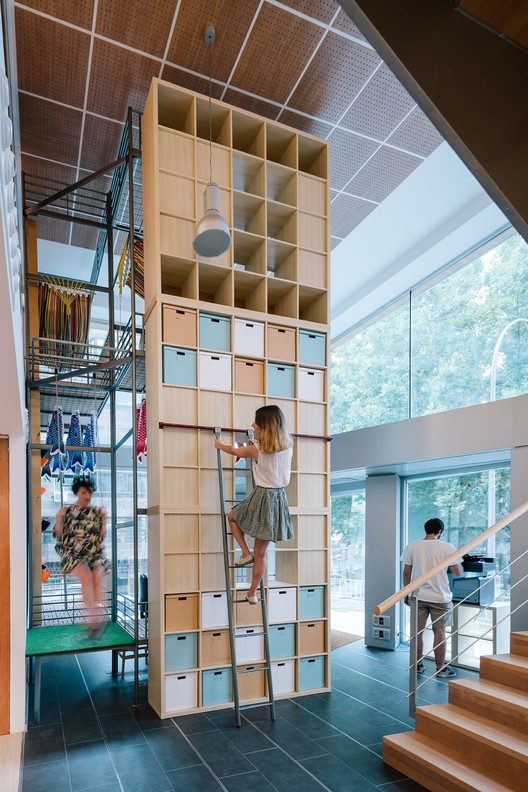