In a year packed with headlines, you’d be forgiven for occasionally letting them pass you by. But even within the mass of project proposals, awards, competitions, and events, a few trends emerged in 2018 - trends that both tell us about the year past and suggest where things might be heading. These trends, below:

Even in the wake of the US’ shameful departure from the Paris Agreement in 2017, plans for designing a net zero future have not abated. In September, 19 mayors of cities across the US committed, with climate action group C40, to ensure that by 2030 all new structures built in their cities are net zero.

In Sydney, Jorn Utzon’s Sydney Opera House is already there, having announced that it had become carbon neutral at the end of September. A Helsinki energy company announced that it would convert its entire coal and natural gas energy production to climate-neutral processes by 2050.

These big stories may generate the most attention but pale in comparison to the vast variety of projects, material innovations, and plans for net-zero living that came out this year.

As the environmental impact of current construction methods comes more clearly to light, more and more architects seem to be experimenting with the idea of mass timber construction. In Japan, this is already common practice, with plans for a timber-constructed skyscraper already forging ahead.Timber skyscrapers also have been proposed for Chicago, San Francisco, and Philadelphia. With Oregon becoming the first state to legalise mass-timber high-rise construction and plans moving ahead to build Europe’s largest timber building in the Netherlands, there’s sure to be more of this typology soon.

As the technology to make hyperloops possible inches ever closer to reality, architects have begun to offer their visions of stations, networks, and urban plans based around the new transit typology. UNStudio shared prototype designs for hyperloop hub stations that, due to their tessellated structure, can easily be scaled up or down depending on space availability of their site. London based Foster+Partners also shared plans for their own Hyperloop vision, to be realised in Dubai. Down the road in Abu Dhabi, plans are going ahead to realize a fully-functioning commercial hyperloop station by 2020. The future seems ever closer.

With things a mess on Earth, perhaps it’s no surprise that designers’ eyes seemed to be focused squarely on the stars. Foster + Partners and Open Architecture both shared visions this year for life on Mars, debuting their visions at the Goodwood Festival and China House Vision respectively. TEN Arquitectos shared designs for a new NASA research center, celebrating 60 years of the organization. And NASA is fully on board: after launching the 3d Printed Habitat Challenge, they’ve committed to working with winning team AI Spacefactory to make their vision a reality.

It may still be more than a year away, but with countries across the world announcing the winners and runners-up for their national pavilions, the future event has been a major source of news this year. Some of the highlights have included: 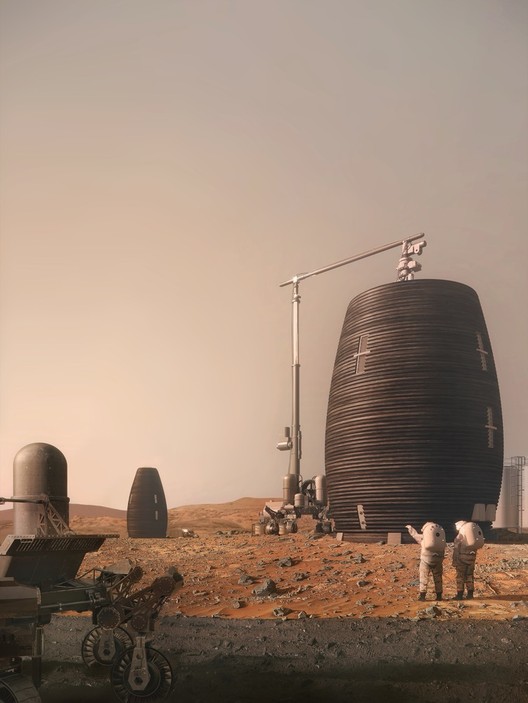