Timber tower construction is the current obsession of architects, with new projects claiming to be the world’s next tallest popping up all over the globe. But this latest proposal from Japanese company Sumitomo Forestry Co. and architects Nikken Sekkei would blow everything else out of the water, as they have announced plans for the world’s first supertall wood structured skyscraper in Tokyo. 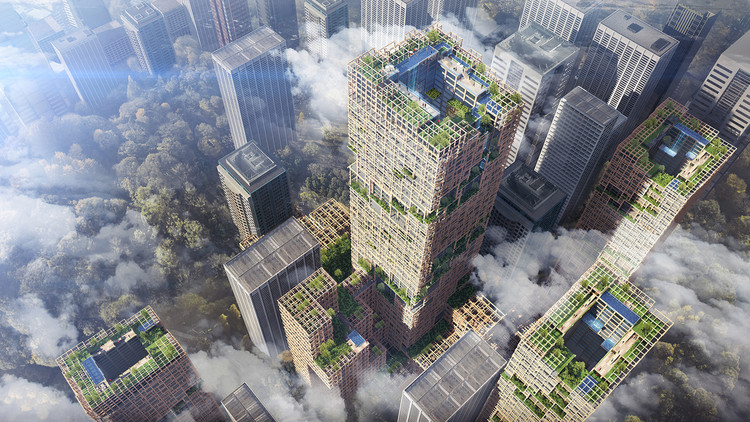 Known as the W350 Project, the development would feature a mixed-use program in hopes of creating an environmentally and socially sustainable community in the sky. Renderings for the complex show light-filled apartments and public spaces on multiple building levels, with hotels, offices, retail and residences intermixing.

Early estimates indicated that W350 would use more than 6.5 million cubic feet of wood and would cost upwards of 600 billion yen ($5.6 billion USD). The building would not be a pure wood timber building, but rather a hybrid system constructed with a 9:1 ratio of wood to steel capable of handling Tokyo’s high seismic activity.

But don’t hold your breath – construction of the structure is aimed for a 2041 completion date to coincide with Sumitomo’s 350th anniversary. 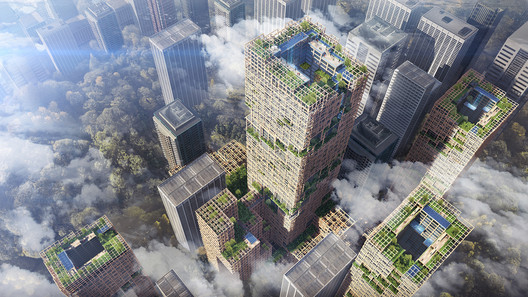