Save
The Work of SelgasCano, the 2015 Serpentine Pavilion Designers
Share
Or
Copy

The latest designer of the prestigious Serpentine Gallery Pavilion has been named as SelgasCano, the Spanish practice known for their use of the latest synthetic materials and new technology. The Serpentine Pavilion, which has grown to become one of the most visited annual architecture attractions in the world, aims to provide architects who have never built in the UK their first chance to do so. In the past, this has led to pavilions by globally-recognized names such as Frank Gehry, Zaha Hadid, Rem Koolhaas, Oscar Niemeyer, and Peter Zumthor, but in recent years the Serpentine Gallery seems to have changed course a little, instead bringing lesser-known, emergent stars to a much wider audience. This was true of Smiljan Radić and his 2014 pavilion, and will likely prove true for the duo of José Selgas and Lucía Cano.

Although designs for the 2015 pavilion will not be released until February, SelgasCano have promised "to use only one material... the Transparency," adding that "the most advanced technologies will be needed to be employed to accomplish that transparency." This coy description perhaps calls to mind the design of their own office, a partially sunken tube of a building with one side made entirely of curved glass, which won them widespread recognition in 2009.

To give a better idea of the design style that SelgasCano will bring to the 2015 Serpentine Pavilion, we've rounded up a number of their major projects for your viewing pleasure, after the break. 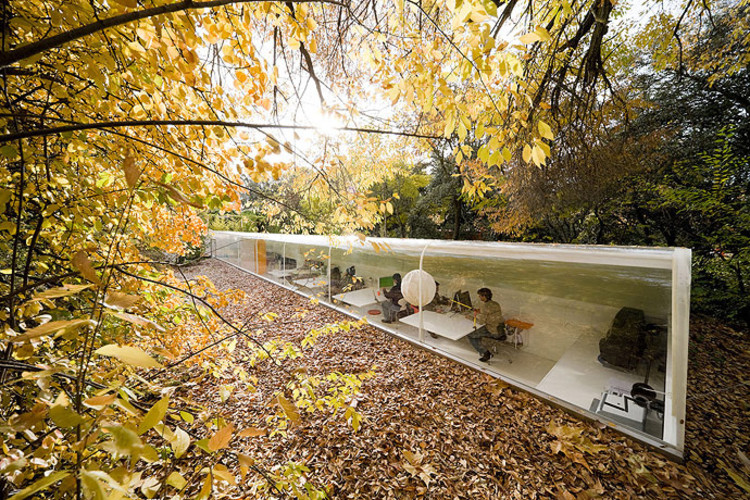