Save
AD Round Up: Canadian Architecture to Be Thankful For
Share
Or
Copy

Today marks Canadian Thanksgiving, and to celebrate the occasion we've rounded up some of Canada's best architecture. Our five selections represent five Canadian cities, each with a unique architectural sensibility. We begin in Toronto with the Royal Ontario Museum addition by Studio Daniel Libeskind, a striking intervention using prisms of glass and steel fused to a 102-year-old museum structure; next we go to Montréal for Habitat 67 by Moshe Safdie, an interlocking modular housing project designed for the World Exposition of 1967; to Calgary for Santiago Calatrava's understated Peace Bridge, a stunning glass-encased red lightning bolt spanning the city's widest waterway; then to Winnipeg's Old Market Square Stage by emerging firm 5468796 Architecture, a chameleonic performance space wrapped by a mesh curtain of steel cubes; and finally to the outskirts of Vancouver for the Richmond Olympic Oval, a masterpiece of engineering and the centre of attention during the 2010 Vancouver Winter Olympics. Enjoy, eh. 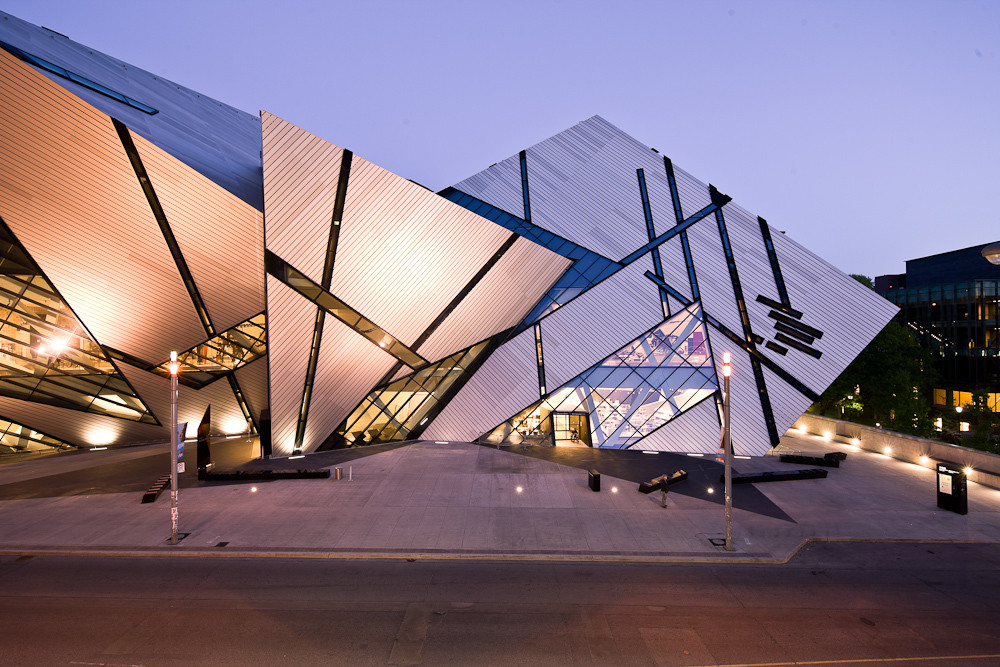