Nbbj: The Latest Architecture and News

University of Oxford Announces Largest Project in its History, Designed by NBBJ

The University of Oxford and internationally-renowned architecture practice NBBJ have unveiled images of the new Life and Mind Building. The development, the University’s largest building project in its history, will be the new home of the Departments of Experimental Psychology and Biology, including Plant Sciences and Zoology, accommodating 800 students and 1,200 researchers.

NBBJ has been selected to design the new Vivo headquarters, introducing the next generation of work environments that integrates nature, health, and equal access to amenities. Located in Shenzhen’s Bao’an district, the 32-story spiraling tower highlights an innovative design that embraces the urban-coastal site and reflects the company’s values. Construction began in May 2020 and is scheduled for completion by fall 2025. 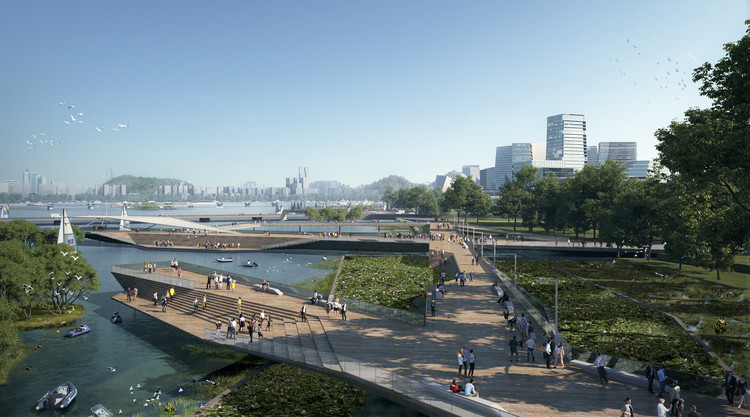 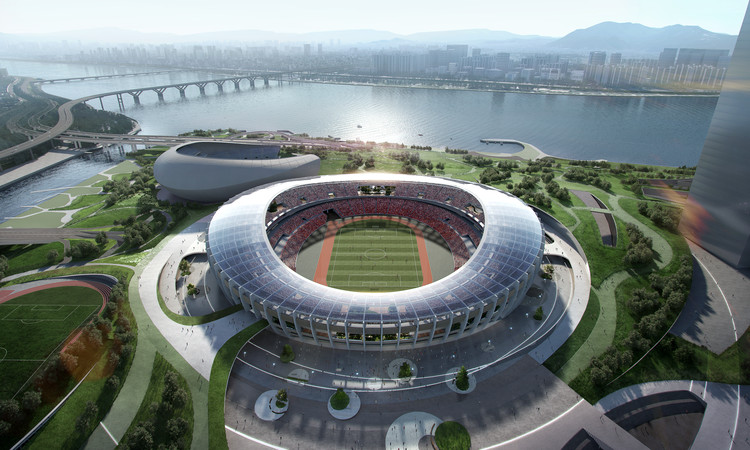 The American Institute of Architects (AIA) Academy of Architecture for Health (AAH) has selected seven recipients of 2017 AIA National Healthcare Design Awards, given to the year’s best projects in healthcare building design and healthcare design-oriented research. Projects were selected for displaying “conceptual strengths that solve aesthetic, civic, urban, and social concerns as well as the requisite functional and sustainability concerns of a hospital.”

See all the winners below.

These Are the World's Most Innovative Architecture Firms

This article was originally published by Archipreneur as "5 of the Most Innovative Architecture Firms."

The AEC industry is notoriously slow to adopt new technologies. Cumbersome organizational structures and high financial stakes make it difficult for AEC professionals to experiment. Due to the limited role of architects in the project development process, innovative design solutions and experimentation with new manufacturing techniques are still confined to academic circles and research institutions.

However, some architecture firms are utilizing their high profiles, international success and the influx of talented, young designers to establish in-house research divisions and incubators that support the development of new ideas in the AEC industry. The following five companies are consistent in pushing the envelope and helping architecture adopt some of the latest technologies:

The American Institute of Architects (AIA) has selected seven recipients of the 2016 AIA National Healthcare Design Awards, given to the year’s best projects in healthcare building design and healthcare design-oriented research. Projects were selected for displaying “conceptual strengths that solve aesthetic, civic, urban, and social concerns as well as the requisite functional and sustainability concerns of a hospital.”

As opposed to traditional methods of communication such as email, a new VR platform, combined with mobile and cloud-based communications, could help expedite and facilitate the sharing of designs with clients, in a way that has "the potential to transform workflows within the field of architecture and beyond," state NBBJ in a press release.

Construction has begun on the Quadram Institute, a new innovation hub for the advancement of food and heath research in Norfolk, in the United Kingdom. Designed by the London office of NBBJ, the 13,900 square meter center will bring scientists, clinical researchers, and a healthcare clinic together under one roof.

The winning projects of the Boston Living with Water competition have been announced. The competition “sought design solutions envisioning a beautiful, vibrant, and resilient Boston that is prepared for end-of-the-century climate conditions and rising sea levels.” Out of 50 teams, three were selected, each for separate sites—one for a building, one for a neighborhood, and one for a significant piece of city infrastructure—in addition to one honorable mention. Each of the winners will receive a $13,000 prize funded by the Massachusetts Office of Coastal Zone Management and the Barr Foundation.

The Boston Living with Water competition was organized by the City of Boston, The Boston Harbor Association, the Boston Redevelopment Authority, and the Boston Society of Architects. As Mayor Martin J. Walsh honored the winners, he noted that “competition ideas and strategies are already informing Boston’s future, including revisions to building plans and zoning codes, and influencing ‘Imagine Boston 2030.’” Winning projects will be on display at BSA Space through June 2015. Learn more about the winners, after the break.

BIG, Heatherwick and The Living Named Among Fast Company's Most Innovative Architectural Practices of 2015

Fast Company has announced who they believe to be the most innovative practices in architecture for 2015. Topping this list is the online remodeling community Houzz, the BIG powerhouse and David Benjamin’s The Living. See the complete list, after the break, and let us know who you believe is the world’s most innovative firms in the comment section below.

Nationwide Children’s Hospital has selected NBBJ to design their $85 million Livingston Ambulatory Center in Columbus, Ohio. The six-story, 200,000-square-foot center will serve more than 100,000 patients annually. It will feature modular and flexible units centered around shared employee workspaces. Construction will begin in February.

The following list, originally published on BuzzBuzzHome, is based on data from the Council on Tall Buildings and Urban Habitat, the recognized authority on skyscraper height.

The Slow Death of the Corporate Architecture of Exclusion

Of all the changes in architectural typologies in recent years, one of the most dramatic - and the most documented - is the transition from corporate to more casual, 'fun' office buildings. This change has infiltrated companies from tiny 5-person start-ups to Silicon Valley giants, and while it has been pioneered by tech and media companies it has certainly not been limited to them.

Most analysis of this change focuses on work patterns created by new technology or the demands of the 'millennial' worker, but this post originally published on Means the World - the blog of NBBJ - examines the shift away from the corporate office as a product of not just what these building are but what they represent about us as a society, arguing that "when today's workers look at the midcentury office, they see a symbol of exclusion."

International architecture firm NBBJ has created Sunbreak, a new prototype for user-controlled sunshades that will not only lower energy costs, but also give buildings a dynamic appearance throughout the day.

Technology currently exists for automatically regulating solar gains in buildings, but the downside to these systems is that they often lack manual controls, and one of the most common complaints heard from workers in modern office buildings is that they do not have enough control over their environment. Automatic sunshades go up or down based on the time of day but if it happens to be cloudy outside or if users want natural light in a room when the shades are down there may be nothing they can do.

VIDEO: Angles on the View with Parametric Design

This two-minute video with NBBJ’s Andrew Heumann highlights a valuable capability of parametric design; whereby the architect can optimize the shape and orientation of a building to appropriate a variety of viewing conditions at the client’s request.