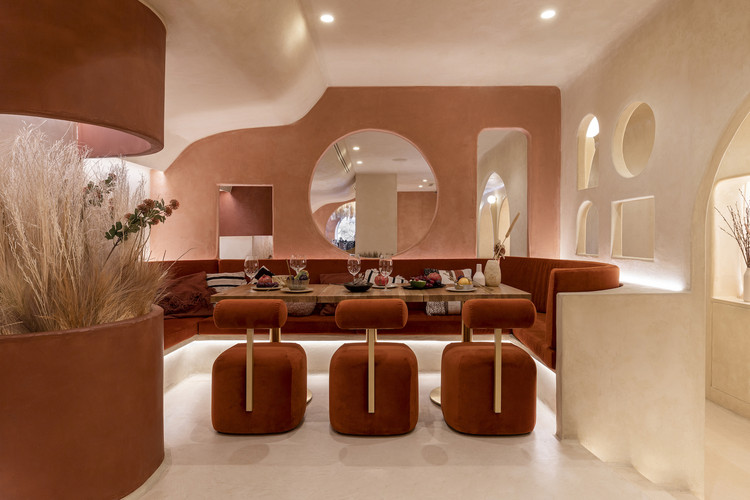 The Evolution of the House Plan in the United States: Post-war Era

Following the Second World War, United States veterans and citizens were seeking a fresh start, a rightful place to live out their modern American dream. With a significant housing shortage looming around and fast-growing families, solutions had to be found to provide equitable living means for all. The development of new construction techniques and propagation of easy building materials promised an age of prosperity.

Modern Design as Seen through the Lens of Playboy Magazine

Architects throughout the modern era have displayed their fantasies through their designs and their obsessions with how women have inhabited them. Take for example Corbusier’s infatuation with Eileen Gray and her home, E. 1027. Plagued with unconfirmed tales of how he broke into her home to paint murals on the white walls, he was also known to publicly downplay the home's design, while conversely praising it in a series of unreciprocated love letters to Gray. In the same vein, while Adolf Loos stood firmly against architectural decoration, he perhaps supported the elegance of women acting as a human ornament, an assumed notion in his envisioned home for the French Entertainer, Josephine Baker. The unbuilt proposal took on the form of a black and white striped solid which located a glass pool at the center of the space, forcing Baker to catch the male gaze of other occupants.

The relationship of sensuality and space doesn’t stop with the provocative desires of these three men, but lives on in one of the world’s most famous publications, Playboy magazine. Perhaps best known for its significance as a vanguard in the sexual revolution with its promotion of masculinity, the magazine also illustrated a showcase of swanky glass bachelor pads standing high above Beverly Hills that pushed forward a debonair lifestyle punctuated by modern design. As a generator of a glamorized lifestyle, the magazine highlighted architectural titans including Mies van der Rohe, Bucky Fuller, and Eero Saarinen, and made them palatable to a general audience.

The following excerpt from Sam Lubell's Mid-Century Modern Architecture Travel Guide: East Coast USA—with excellent photos by Darren Bradley—provides an introduction to the revelatory and inspiring charm of the East Coast's Mid-Century Modern masterpieces. The book includes over 250 unique projects and serves as record of one of the USA’s most important architectural movements.

Few experiences are as wedged into our psyches as the Great American Road Trip—a rite of passage chronicled by luminaries from Alexis de Tocqueville to Jack Kerouac. The Great American Mid-Century Modern Architecture Road Trip? Not famous. But that’s one of the many reasons it’s so appealing. Discovery, in this global, digital age, when few corners are mysterious, has become a rare commodity. And discovery on the East Coast of America—in the context of one of the finest collections of Modern design in the world—is that much sweeter.

The mid-century modern master, Richard Neutra was well known for his cutting edge modernism. Since Julius Shulman immortalized his houses in his iconic photographs, Neutra's bright, airy homes have widely been seen as the pinacle of modernism and desirability. One problem though, they're in high demand and it's not exactly like they're making any more Neutra buildings; in fact, quite the opposite is true and as a result they have become a pretty expensive commodity.

Read more about how to get your very own Neutra home after the break...

You have to admit it, Hollywood really seems to have a thing for John Lautner; his designs are continuously cropping up in tv-shows, films, cartoons, music videos and even video games. The occasional despondent college professor aside, his exuberant mansions are usually typecast as the bachelor-pads of various flamboyant psycho-paths, pornographers or drug-smugglers. Curbed Los Angeles have compiled this excellent video of the various Lautner-featuring scenes, so we thought that we'd take a closer look at some of his buildings, which tend to pop up in all manner of unexpected places.

Read more about Hollywood's love affair with Lautner after the break...

Mayor Bloomberg's controversial plans to rezone midtown New York, allowing for bigger and bolder skyscrapers, has found an unlikely ally in the form of environmentalists.

Re-zoning midtown would ultimately lead to the demolition of the corporate steel and glass skyscrapers, which preservationists argue are emblematic of the cutting edge modernism that swept 1950's America. However, landlords contest that - for the most part - they are poorly built copycats of seminal landmarks such as the Seagram and Lever buildings and are not particularly significant or suited for modern needs.

More information after the break..

Question: What does Snoop Dogg, John Cleese, Lucy Liu and Jeff 'The Dude' Lebowski have in common? Simple, they have all, at some point in time, hung out in the living room of the space-age Sheats Goldstein Residence designed by Frank Lloyd Wright-disciple, John Lautner.