German architecture practice Ingenhoven has broken ground on a new mixed-use development for Düsseldorf. As a "green heart" and urban mountain in the city, the project is being built at Gustaf-Gründgens-Platz. Called Kö-Bogen II, the design reflects the character of the neighborhood while creating a new landmark with views to Hofgarten park. The roofs and facades of the project will feature extensive greenery with hornbeam hedges and plantings as a sustainable model for the inner city. 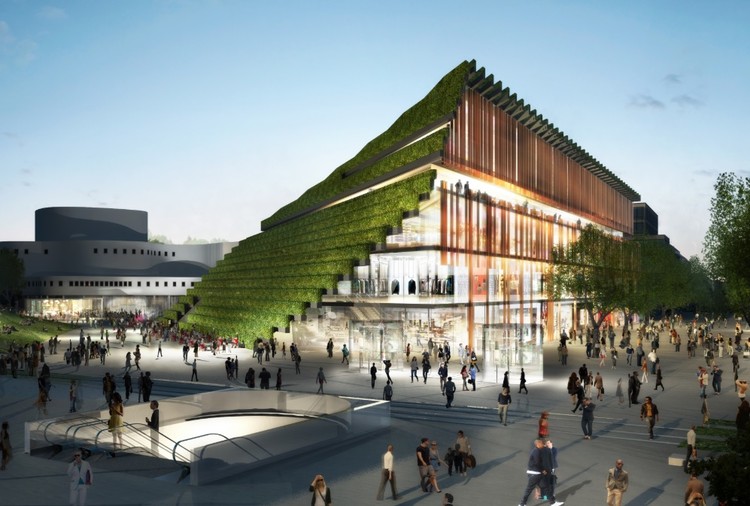 MIPM and The Architectural Review have recognized “Wonderwoods” by MVSA Architects and Stefano Boeri Architetti as the overall winner for their Future Projects Award 2019. Developed for client G&S Vastgoed, the twin 90-meter towers in Utrecht, The Netherlands, provide a balance between nature and the city.

The defining feature of the scheme is a living green façade absorbing 5.4 tonnes of CO2 per year, behind which sits a mix of homes, offices, and public facilities. The scheme is one of several projects to win at the 2019 awards, with 16 award categories celebrating the flourishing of nature in the city, seeking to “restore our ability to connect with the natural world as our planet undergoes the largest wave of urban growth in history.” 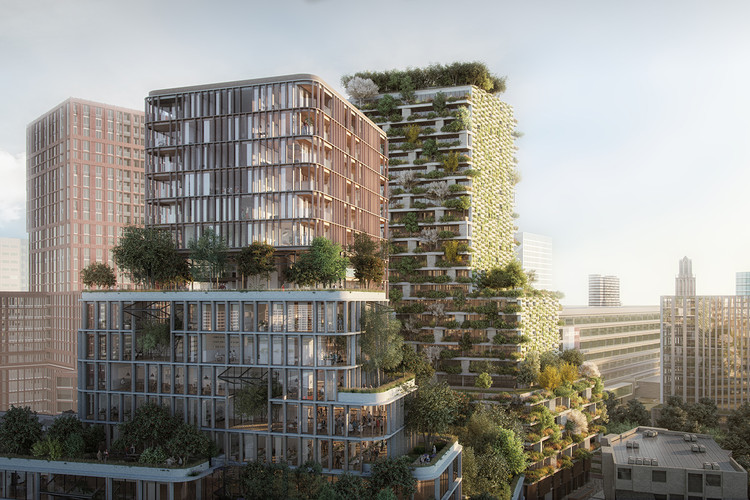 A beautifully delicate design by ingenhoven architects, in cooperation with architectus, has bested series of internationally acclaimed architects to design Sydney’s tallest residential tower at 505-523 George Street. The 79-storey skyscraper will reach 270m, and include several uses, ranging from high-quality living and retail to hotel and leisure. The designers hope the tower will be “a profoundly visible landmark standing for an economical, environmental and socially sustainable, future-oriented development”. 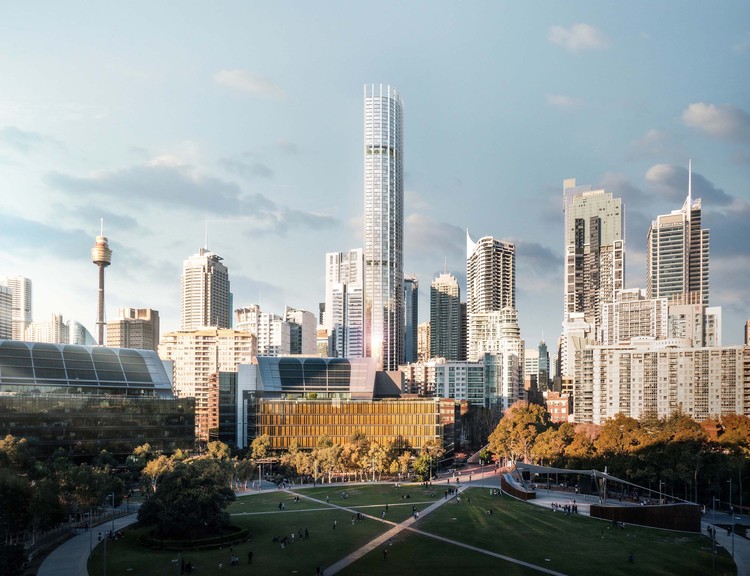 Ingenhoven Architects' Marina One Tops Out in Singapore

Ingenhoven Architects have released images of Marina One, a high-density mixed-use complex for the new Marina Bay Financial District in downtown Singapore. The plan consists of two office towers, two residential towers and a retail podium set between two large urban parks. The project’s centerpiece is the “Green Heart,” which upon completion will become the largest public plaza in the central business district. Construction has currently topped out, with an expected completion date falling sometime in 2017. 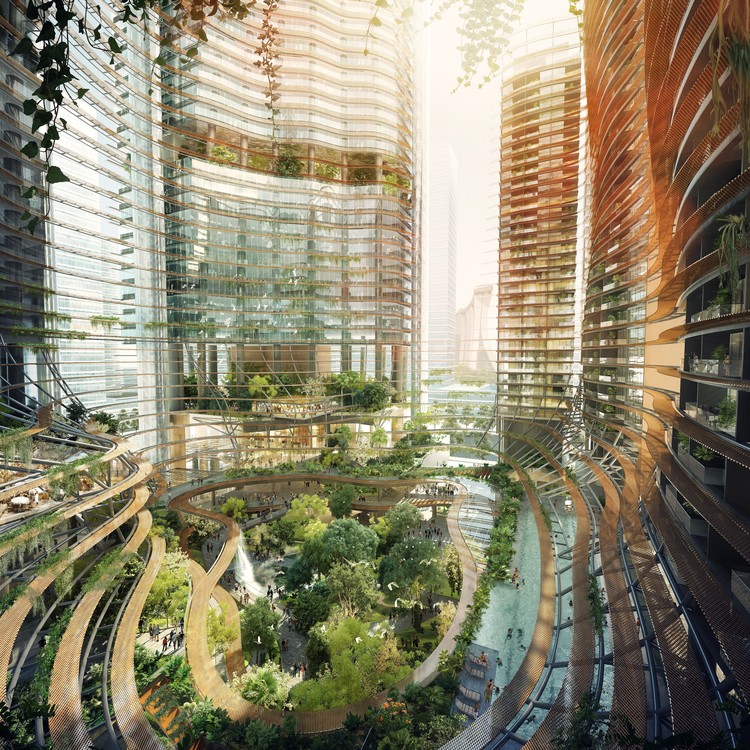 The landscape architects of Gustafson Porter has shared with us their newest project in the center of Singapore's business district: Marina One. The massive mixed-use scheme is said to be "one of the first" to "integrate soft landscape into the fabric of the building," carving a public "Green Heart" in between the development's four towers - two residential and two commercial high-rises designed by Ingenhoven Architects and A61.

"The ‘Green Heart’ at the center of the Marina South towers evokes a rice paddy field, terraced into steep hillsides and made arable for the cultivation of rice, an essential crop of the East Asia," says Gustafson Porter. "Visitors and inhabitants ascend skywards from the Green Heart into Strata Terraces, a Cloud Garden, Green Screens and Rooftop Gardens that allude to the changing environments and habitats that one might experience whilst climbing a mountain."

These projects are well known in Germany as much for their designs as for their construction costs, and Spiegel is not shy about getting to the bottom of these controversies. Of course, the architects themselves have their own ideas about the bad press (namely that they're being unjustly blamed). Meinhard von Gerkan, for example, says:

"It's a big mistake to voluntarily serve as a figurehead, because then everyone knows whom to target. We are these figureheads, not the clients and not the construction companies. And we are liable for everything."

More of these gems from the architects, after the break....

Four innovative towers in Canada, Qatar, Australia and Italy have named the best tall buildings in the world for 2012 by the Council on Tall Buildings and Urban Habitat (CTBUH), the international not-for-profit association. These towers demonstrate the continued renaissance of tall building development worldwide, as a record number of 88 tall buildings soaring over 200 meters were completed in 2011, compared to 32 buildings in 2005. Another 96 tall buildings are projected to compete this year, with China being the largest contributor.

“The winners display remarkable creativity, as well as a respect for the environment, connection with place, and the urban surroundings,” said Richard Cook, awards committee chairman and founding partner of Cook+Fox Architects.

The award winning sustainable German architecture firm, Ingenhoven Architects, has been hired by Google Inc to design their new headquarters in Mountain View, California. Expected to begin construction in 2012, Ingenhoven approached the design with the idea that ‘the architecture should be an expression of the  corporate culture and at the same time a model for sustainable architecture in the broadest sense surpassing the LEED-Platinum-Standards with its holistic concept’. Jordan Newman, a Google spokesman shared about Ingenhoven, “we’ve asked them to build the most green, sustainable building possible.”

Google’s offices in Milan, previously featured on ArchDaily can be viewed here. More about this exciting news from the architects following the break.