Fxfowle: The Latest Architecture and News

Architect Magazine has unveiled the 2017 edition of the “Architect 50,” their list of the 50 best architecture firms in the United States. The 2017 rankings are based on scores from three categories: business, design and sustainability. This year saw more entrants than ever before, with several first-time entrants making notable impressions, including the number 1 ranked design firm, WORKac. Topping the overall list was Skidmore, Owings & Merrill (SOM), who also ranked in the top 10 in both design and sustainability.

See the top 10 from each category after the break.

New York Yimby has uncovered a new rendering of the FXFOWLE-designed 3 Hudson Boulevard showing an updated design featuring a 300-foot spire that would make the building the tallest in the Hudson Yards complex, and one of the tallest in the city.

Reports indicate that the building, formerly known as the Girasole, would rise a total of 1,350 feet, placing it just below 432 Park Avenue’s 1,397 foot peak. Approximately 1,050 feet of the building’s height would be occupiable, with 1.8 million square feet of office space spread across 66 total floors. 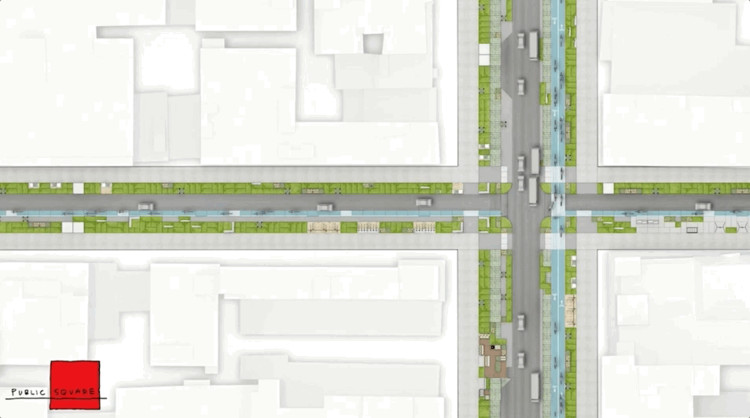 Visualizations of the last full-scale skyscrapers in Moscow’s new International Business Center (“Moscow City”) have been revealed. Designed by an international team made up of HOK (USA), FXFOWLE (USA) and SPEECH (Russia), the two “Neva Towers” will provide additional residential and office space to the skyscraper district, which includes many of Europe’s tallest structures, including Europe’s tallest building, Federation Tower (sometimes called Vostok Tower); and one of the world’s tallest twisting buildings, Evolution Tower. 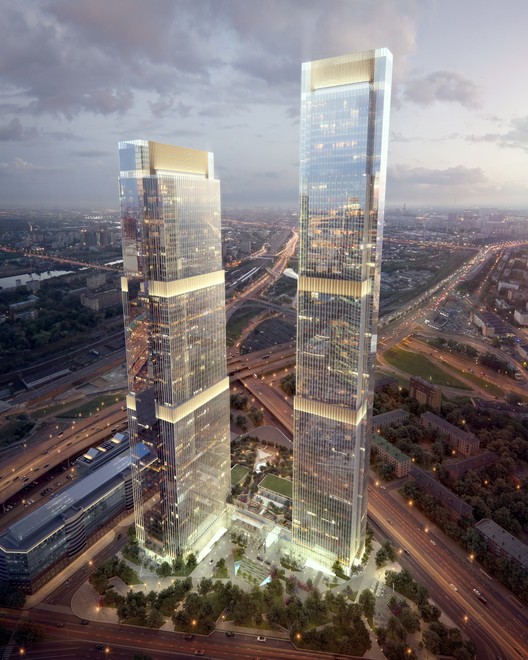 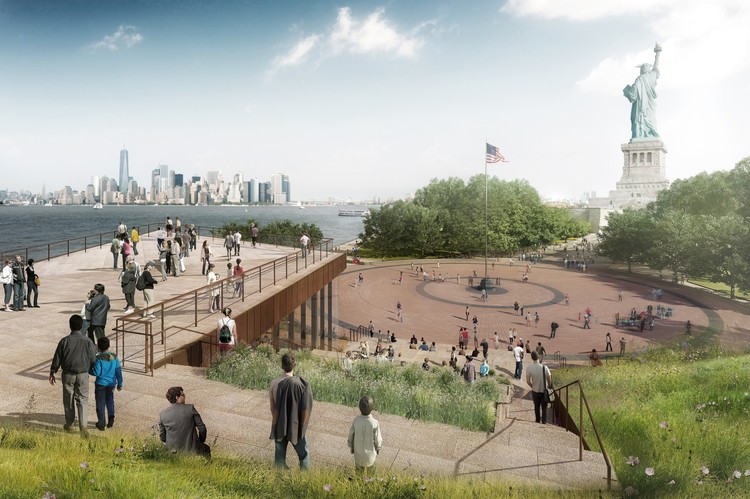 These Are the Best-Designed, Most Useful Architecture Firm Websites

Our editors look at hundreds of websites per week. What do they admire and appreciate the most? Organization and simplicity. Sites that are not only clean, but fast. We actively search for projects to include on our platform, so it’s crucial that when we visit a website we not only know where to look, but how to access information. Filters and facets are our best friends. Typological differentiation is important, but perhaps not as important as distinguishing between built and un-built projects (“Is that a render?” is a question that comes up at least once a day).

FXFOWLE and CO Architects (CO|FXFOWLE) have teamed up to design a seven-story School of Nursing building for the Columbia University Medical Center campus in upper Manhattan. The result of an invited design competition, the design will provide 65% more space than the school's current location and will be designed to achieve LEED Silver certification.

Los Angeles-based CO Architects and New York City-based FXFOWLE have announced the formation of a joint venture firm known as CO/FXFOWLE. Formed in late December, the two firms will embark in a “genuine collaboration” with all their project services. While each firm will still maintain their individual identity and operations, they will pursue new projects together, allowing them to expand their geographic and expertise reach.

May 2011 Issue of the Charrette from Tulane School of Architecture

The Tulane School of Architecture, theCharrette presents its May 2011 Issue. The culmination of a year with a new image for the publication, theCharette has included in this issue key architectural topics at Tulane and adjacent realms including the Richardson Memorial Hall renovations with FXFOWLE and el dorado.

This years architectural events in New York are bound to have a meaningful effect on the years to come; the decision by NYU to add another tower complementing I.M Pei’s existing Silver Towers complex (rather than their initial plan to demolish them), the opening of the first section of Brooklyn Bridge Park coupled with the completion of the High Line has re-established New York City as a key model to reference when it comes to designing urban public space, and finally construction began on Franklin Delano Roosevelt Memorial, by Louis Kahn, to name a few.

From transportation, urban planning, exhibitions, residential and office buildings follow the break to see the New Yorkers list of some of the most influential decisions surrounding architecture over the past year in New York.