drones: The Latest Architecture and News 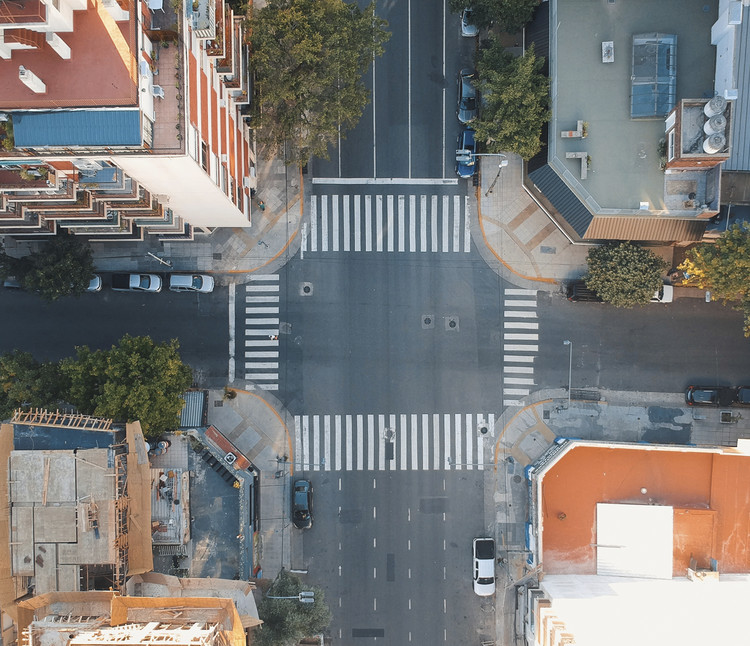 Since March 20, the Argentine government has taken drastic measures to protect the public and curb the spread of COVID-19, including mandatory social isolation. Under these measures, residents and anyone visiting the country must remain indoors and abstain from visiting public spaces until the March 31.

Perhaps nowhere are the effects of the quarantine more notable than on the streets. All cultural, recreational, athletic, and religious events have been cancelled. Public areas like plazas and parks are ghost towns. With the streets closed, balconies have become the new platforms for everything from social interactions and celebrations to protests.

The construction industry has evolved throughout time, but always by way of builders. What happens when people are no longer part of building and construction? This is the question asked by British multinational infrastructure company Balfour Beatty, and they’ve published their answer in the 2050 Innovation Paper. The industry report has become a reference point to those looking at the evolution of buildings and design. 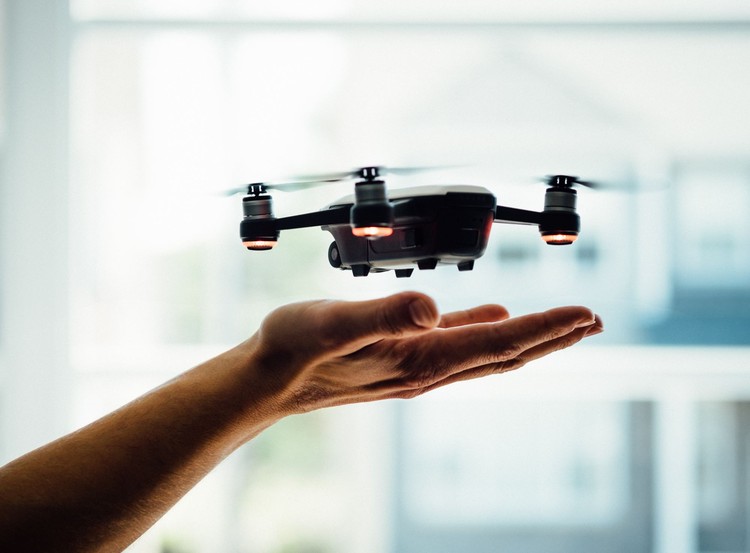 By 2035, it’s estimated that air travel in Asia will be greater than Europe and North America combined, with routes in Asia serving an extra 1.8 billion annual passengers. Increase in airport capacity challenges physical infrastructure as much as operations and passenger experience. A trillion dollars is earmarked for airport development in Asia alone in the next 10 years. Unprecedented growth requirements are difficult to meet and concrete alone is

Advances in technology have changed the way people work and move around congested cities. Since free space in these urban areas has become scarce, people have shifted their perspective upwards and are now looking to the sky for new means of mobility, transporting their goods via cargo drones and flying ‘taxis’.

A new video by AERIAL FUTURES explores the potential of droneports in East Africa and the Global South. The Norman Foster Foundation was one of the first groups to propose the creation of a droneport network to deliver medical supplies and other necessities to areas of Africa that are difficult to access due to a lack of roads or other infrastructure. The project aspires to have droneports across small towns in Africa and in other emerging economies by 2030. 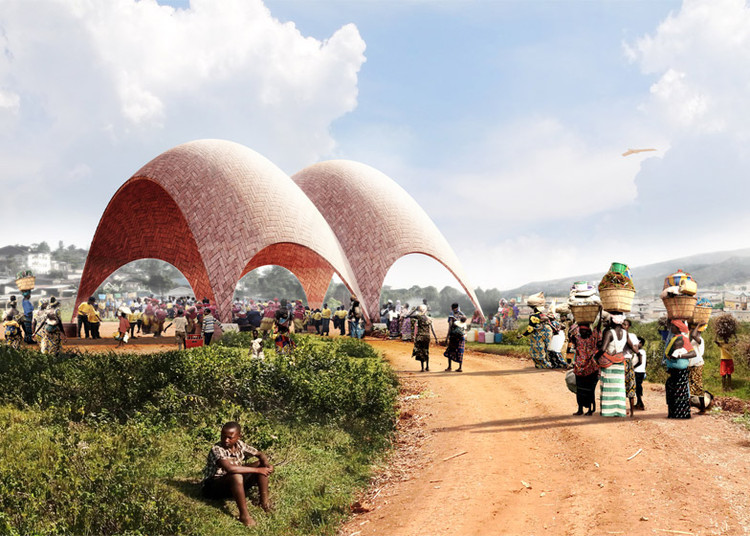 We have seen rooftop helipads, restaurants, pools, and even gardens, but soon rooftops will be catering to a new service: drone delivery. Maida Vale’s Lyons Place, a residential complex designed by architect Sir Terry Farrell, will be the first in the UK to implement rooftop ‘vertiports’, encouraging drone delivery services.

While working in 3D-visualization software such as Lumion, features such as OpenStreetMap (OSM) and satellite ground planes can provide some context for your design. They are suitable options for quickly building urban or rural environments relevant to your project’s location, but they’re also limited. For instance, OSM only provides rough building shapes, rendered white, and the satellite maps are flat, often outdated, and the resolution is too low for client visualization.

This article was originally published by Archipreneur as "How Drones Can Be Used in Architecture."

Small unmanned aerial vehicles (UAVs), commonly called drones, are gaining in popularity not only among the general public and consumers, but also among professionals working in the AEC industry. We’ve seen ambitious predictions for the use of drones on construction sites, as transportation vehicles and marketing tools.

While this new technology, like 3D printing and robotic fabrication in general, promises to revolutionize the architectural profession, it is useful to know to what extent its practical application can affect the way archipreneurs work. It seems that, for now, drones have great potentials when it comes to several aspects of the profession.

Drones help us see architecture in new ways. Explore Moscow, Georgia, St. Petersberg, and Russian supertall skyscraper Lakhta Center through Timelab’s lense. With the help of drones, Timelab Production’s vimeo profile showcases a wide variety of professional video content. Travel to new places (and new heights) from the comfort of your own home by watching the videos below.

The immense scales and geometric intricacies of Hong Kong have long held the fascination of the public consciousness, and has been further reinforced in recent years by mind-bending photography series such as Michael Wolf’s “Architecture of Density.”

In this new film from architect Mariana Bisti, this phenomenon is explored for the first time through drone videography. Not limited to vantage points accessible to humans, the video zooms and pans deliberately over, across and into the city’s enormous residential blocks, the cinematography bringing to mind that of Charles and Ray Eames’ seminal production, “Powers of Ten.” Special care to detail has been taken to align each composition to the Cartesian plane, resulting in mesmerizing experience that never breaks your attention.

Soar Through BIG's Twisting Miami Towers, the Grove at Grand Bay, in This Drone Video

Commissioned for the project by BIG, the video shows how the building transforms throughout the day: standing out as stark white sculptures during the day before turning an orange glow as the glass balconies reflect back the setting sun, and finally, lit up at night against the Miami skyline.

Is this the “Best Drone for Architects”?

Experience Cities From Above With Crystal Clear Drone Videos

With rapid advancements in technology and crystal clear imagery, drones have allowed us to experience our cities and landscapes from unimaginable vantage points and perspectives. In its series of videos, YouTube channel Mingomatic uses drones to capture the sights and scenes of predominantly American cities and various locations from above, offering glimpses of skylines, oceans, highways and terrains (and seals!). Check out the 10 videos below for some spectacular views, and find Mingomatic’s full selection, here. 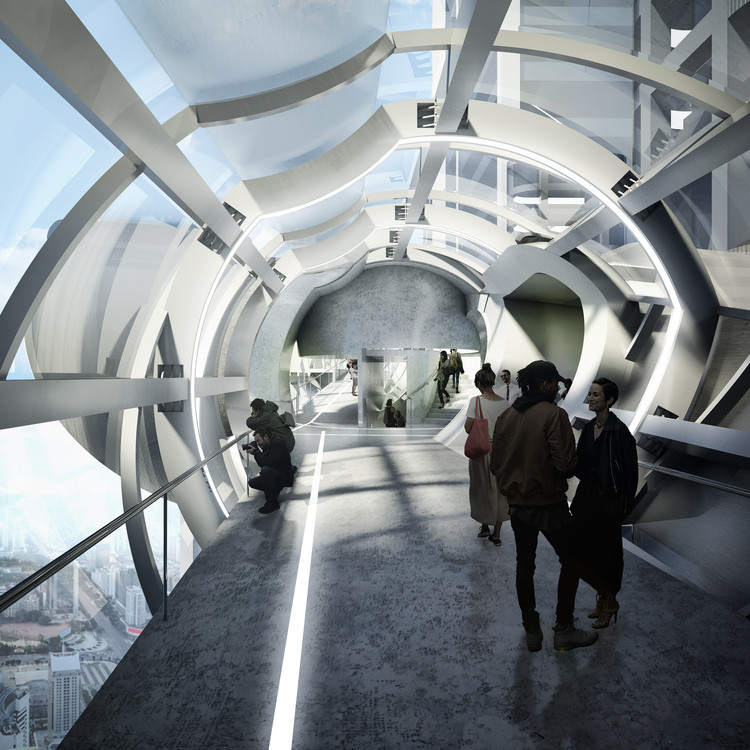 In preparation for their grand opening on January 11/12, the Elbphilharmonie Hamburg has released an interactive drone video that lets you experience the Herzog & de Meuron-designed building at two different speeds: adagio and presto (slow or fast). Using the spacebar to switch between speeds, the footage takes you on a tour up the curving escalator, on to the elevated terrace, around the building and finally into the main concert hall, where the drones meet back up in a dramatic finish.