Save
Is this the “Best Drone for Architects”?
Share
Or
Copy

Beginning with site analysis, a drone can be useful for aerial views, sightline analysis, and even topography mapping, which can be done by combining your drone with an app. During the construction phase, drone footage can be used to share progress with faraway clients or to check progress in less-easily-accessible areas, such as roofs. Other drone possibilities for the future include urban planning and traffic pattern analysis, investigation into otherwise inaccessible disaster areas, and even material delivery or construction tasks, in Reinholdt’s opinion.

On the pragmatic side of things, Reinholdt covers some necessary laws you should be aware of if you plan on flying a drone, including where flying is allowing and when. Thankfully the DJI app uses geofencing to ensure you don’t go out of bounds. Reinholdt recommends other apps useful for aspiring drone pilots, including Airmap, another app for determining where you’re allowed to fly, weather apps that show when conditions are favorable for drone flying, and Sunseeker, which allows you to track when and where the sun will be on your site to help you plan your videography. Watch the video above for Reinholdt's full analysis of the strengths of the Mavic Pro and his advice on how to get started with a drone. 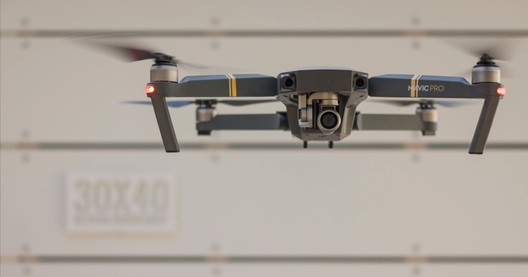