Arch Out Loud: The Latest Architecture and News

What Makes a Home and How Do We Plan for its Future?

A home is one of the most significant architectural typologies that we experience throughout our lives. Largely serving as a significant private space, a home represents safety, ownership, and a sense of respite away from the rest of the world. It’s also historically been a place of routine, where we both begin and end our day, following the same patterns through different rooms of a home that we utilize. We can expect to sleep in our bedrooms, relax in a living room, cook in a kitchen, and eat in a dining room.

Winner of ‘Home: What is the Future?’ Competition Announced

Architectural research initiative ‘arch out loud’ has announced the winners of the HOME competition. Entrants were asked to answer the question: ‘What is the future of HOME?’ A winner was identified for each category: Overall, Innovation, Adaptability, and Pragmatism.

As changes in global circumstances give rise to new design and living trends, the traditional definition of the home as a private place of permanence and stability has altered to accommodate these transitions. The competitors were asked to consider these changes, such as the impact of population shifts, the unpredictability of our changing ecosystem, contemporary forms of community housing and community relations, and newly engineered materials. 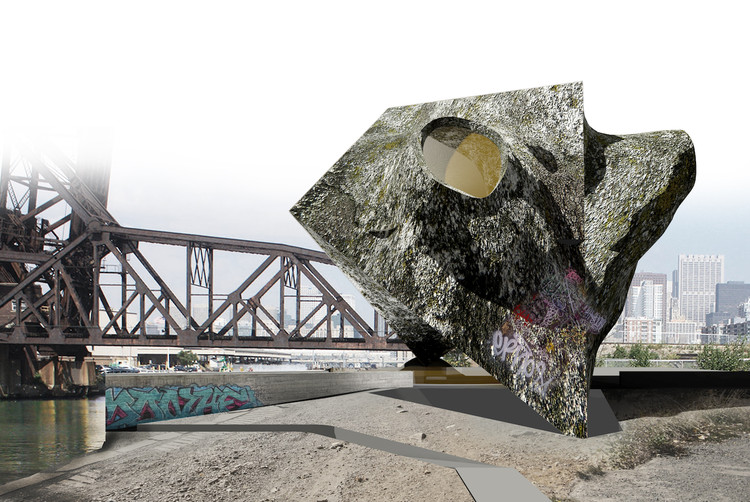 While cemeteries have long served as a place in which we can honor and remember our loved ones, they are also often places that showcase architecture, and landscape design. In the late 19th century, cemeteries evolved from overcrowded and unsanitary urban spaces into rural, park-like social centers. In cities that lacked public parks, cemeteries became popular destinations for picnics, holidays, and other family gatherings.

BRIEF
“People who build their own home tend to be very courageous. These people are curious about life. They’re thinking about what it means to live in a house, rather than just buying a commodity and making it work.” – Tom Kundig

Architectural research initiative Arch Out Loud has released the winners of the Tenancingo Square Mediascape international open-ideas competition aimed to engage architects with the topic of human trafficking. The competition challenged participants to reimagine the town square of Tenancingo, Mexico in response to the prevalent issues of sex trafficking existing in the area. “With proposals from both regional designers and designers from other parts of the world, the competition brought forth a large variety of approaches to an extremely sensitive, but immediate, societal problem” Arch Out Loud said in a statement. “Being the first architectural competition to address human and sex trafficking, Arch Out Loud hopes that the culmination of this exploration is only the beginning of the field’s examination of its’ role in the matter.”

Since 1953, the 160-mile (260 kilometer) strip of land along the Korean Peninsula's 38th parallel has served as a Demilitarized Zone between North and South Korea. The DMZ is more than a border; it's a heavily guarded, nearly four-mile-wide (6 kilometer) buffer zone between the two countries. Each military stays behind its own country's edge of the zone, perpetually awaiting potential conflict, and access to the interior of the zone itself is unyieldingly limited. Apart from the landmines and patrolling troops, the interior of the DMZ also holds thriving natural ecosystems that have been the subject of studies on what happens when wildlife is allowed to flourish in the absence of human contact.

In a competition that asked participants to design an underground bathhouse near the Kaesong Industrial Park, a (currently suspended) cooperative economic project that employs workers from both North and South Korea, research initiative Arch Out Loud imagined a DMZ that accommodates non-military structures that are typically seen as out of place in areas of such sensitivity and tension. The winning proposal by Studio M.R.D.O and Studio LAM utilizes the performative element of a bathhouse, where visitors are both audience members and actors, to the address the tensions—both geopolitical, from its surrounding environment, and personal, from the related emotions visitors carry with them—between both groups.

Invisible and incomprehensible to most, the issues of modern day slavery are real and widespread. The Polaris Project, a leading organization in the battle against human trafficking, reports nearly 20.9 million victims worldwide fueling an obscene, yet lucrative, multi-billion dollar Industry.

Arch Out Loud has announced the winners of their New York City Aquarium and Public Waterfront Competition, which invited students and professionals alike to design "an intertwined public aquarium and park" on an underutilized riverfront property located on the East River in Queens. Participants were asked to “redefine the aquarium typology, examining its relationship to the urban context and the public domain.”

The call for submissions was answered by 556 participants and 178 proposals from forty counties, and included ideas that pushed the physical boundaries of the site and responded to the idea of redefining the typical aquarium typology.