Architect Elizabeth Diller of firm Diller Scofidio + Renfro has once again been named one of TIME’s most influential people in 2018. TIME Magazine’s annual ‘Time 100’ List recognizes the achievement of artists, leaders, activists, entrepreneurs, and athletes who are exemplary in their fields. Diller has been named to the category of “Titans,” along with Roger Federer, Oprah Winfrey, Jeff Bezos, Elon Musk and Kevin Durant. This is Diller’s second time on the list but the first time being honored as a "Titan."

Writing for TIME, Eli Broad calls Diller a “visionary” who can “turn a metaphor into brick and mortar.” He praises The Broad Museum (previously named to one of Archdaily’s Top 100 American Architecture Projects) and how “Liz” managed to design an iconic white porous overlay that would not clash with Frank Gehry's Disney Hall on the same street. He adds:

Maybe it’s because she’s a woman in a male-dominated field, or because she was originally a conceptual artist—along with her partner in art, architecture and life, Ric Scofidio—but whatever the reason, Liz sees opportunities where others see challenges. She can do the impossible.

Elizabeth Diller was first included in TIME’s 100 List in 2009 along with her partner Ricardo Scofidio.

Elizabeth Diller is one of four partners of the studio Diller Scofidio + Renfro, along with Ricardo Scofidio, Benjamin Gilmartin, and Charles Renfro. The firm is also known for the High Line in New York, and an expansion of NYC’s Museum of Modern Art. This year, her firm’s project, Zaryadye Park in Moscow, was also recognized as the best Public Architecture project in the world by the BOTY awards.

Elizabeth Diller's nomination into the "Titans" category this year seems a step above the ordinary in terms of prestige and significance.

Of this list, TIME’s editor Nancy Gibbs once said:

The TIME 100 is a list of the world's most influential men and women, not its most powerful, though those are not mutually exclusive terms….If there is a common theme in many of the tributes, it’s the eagerness to see what some engineer, actor, leader or athlete will do next. As much as this exercise chronicles the achievements of the past year, we also focus on figures whose influence is likely to grow, so we can look around the corner to see what is coming.

With Bjarke Ingels and David Adjaye as predecessors, we’re excited to see what Elizabeth Diller will do next. 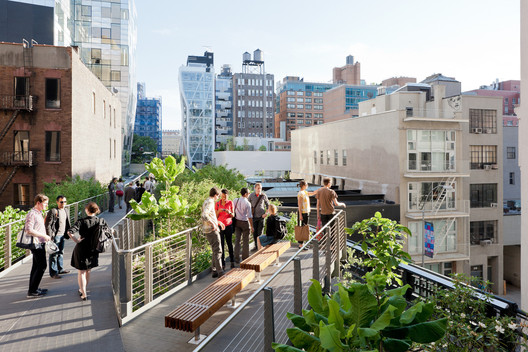