“The amount of analysis and intellectual effort that has gone into the designs from each team is staggering and the results are impressive and very exciting. Given its size and prime location on Lincoln’s Inn Fields we want this to be a seminal university building; its legacy will endure for many generations so it is vital that we make the right decision,” said Julian Robinson, LSE’s Director of Estates.

All six schemes are being publicly exhibited at the LSE's Saw Swee Hock Student Centre through March 17. Read on for a glimpse of each.

A winner will be announced this spring, after the team's present to the competition jury. 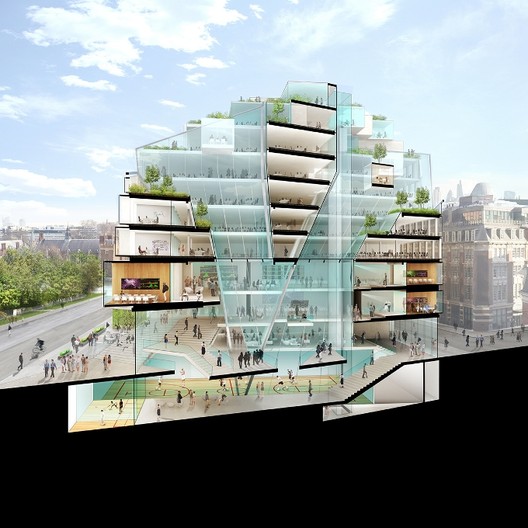