The 54th edition of Milan Design Week (also known as Salone del Mobile) recently came to a close. In celebration of its success, we have compiled a list of the most talked about architect-designed products showcased this year. Take a look after the break to see new products from Rem Koolhaas, Zaha Hadid, David Chipperfield, and more. 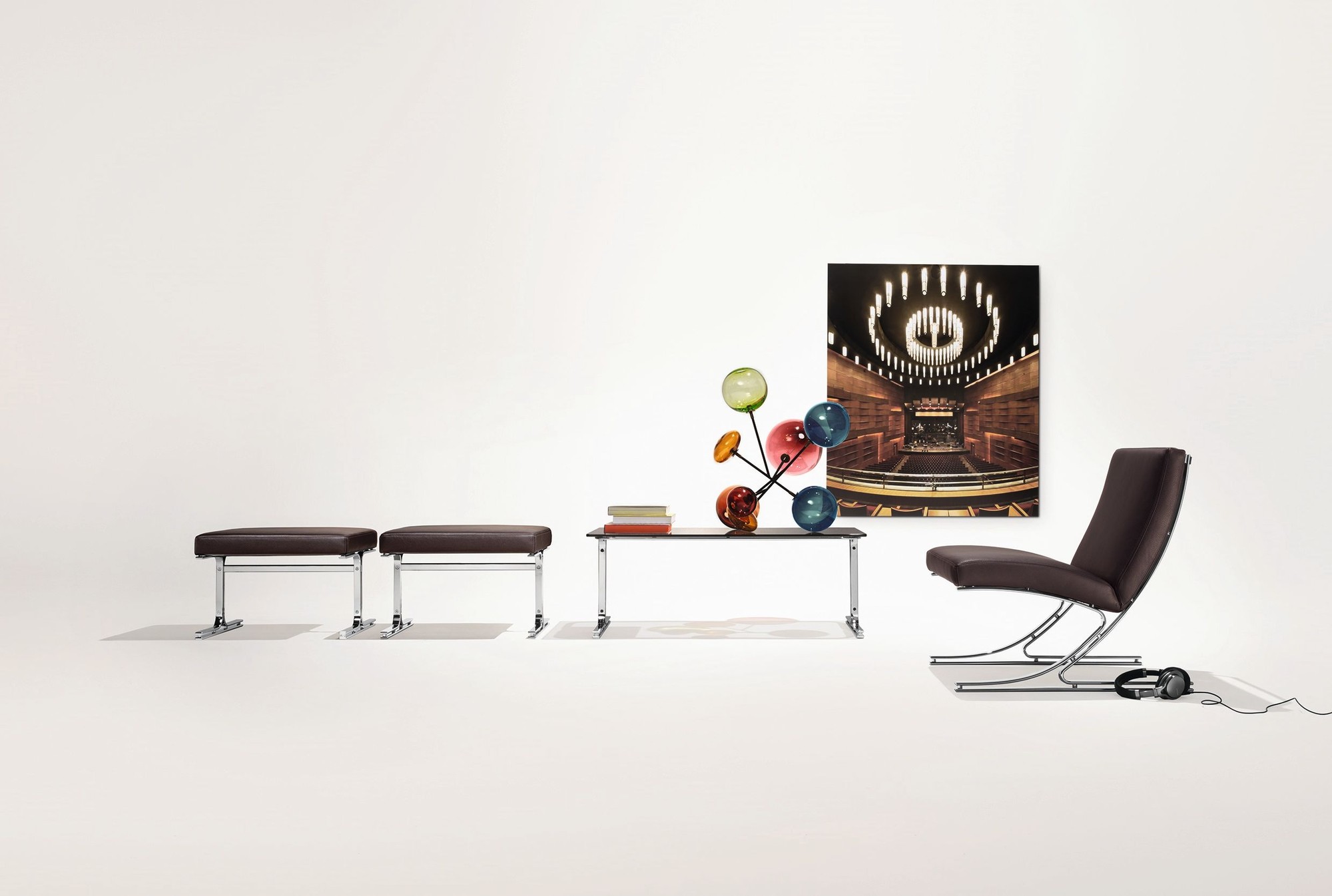 Originally designed for an architectural project in rural England, Chipperfield's "elegant" Fayland table is intended to highlight "linear form and a clear structural concept." The all wood "family" is complete with the Fawley bench and Langley stool.

Rem Koolhaas and Zaha Hadid for Olivari: Open and Chevron

Two of three new handles released by Olivari, Hadid's "Chevron" was inspired by the form of her first project in New York City, whereas Koolhaas' "Open" strips the door handle to its most basic elements: the hub and lever.

"A casual stacking chair," Nendo's simplistic "Offset-Frame Chair" is comprised of "a plastic resin shell with a unified back and seat section and a (slightly protruding) metal frame" that can be easily maneuvered. It comes in eight different models with six resin color and three metal frame variations.

A multifunctional furniture piece that embraces the idea of compact living, Adjaye's "One Series" combines the table, desk, sofa and chaise lounge into a single component.

Unlike the "Matrizia," which was inspired by a discarded mattress found in the streets of New York, "Glider" and "Blur" carved a "classic sofa" from a single, two-toned volume.

Forty years after its introduction, the relaunched Berlin Chair maintains its "succinct, logical, authentic" appearance with its "highly-polished steel supports" and "supple leather."

"Seemingly as delicate as flower petals," Hadid's "Tau" vases "emerge as a series of intricately rendered pleats expressing the formal complexity of natural growth systems." The marble "Quad" table features a "fluid surface" that appear "taut and pleated, denying the inherent unmalleability of its structure."

"The Gemma armchair... is an exercise in architecture on a small scale. Its asymmetrical hard edges are offset by a luxurious soft ombré of deep blue to white upholstery. The multi-faceted profile is both reminiscent of a precious gemstone and of the geometries typical of fifteenth century Italian tapestries."

"Soft" is a collection of nine frosted glass tables that aim to achieve a "gradient" of natural and soft images, "as if the colors on the edges were blurring."

"The Re-Inventing Shoes project is about exploring and pushing the boundaries of this rapidly developing technology by creatingshoes with the largest amount of sculptural freedom." Romero's red "Ammonite," Hadid's "Flames" and Van Berkel's "UNX2" redefine the heel. See the others, here.