Save
Architecture, Economics and Aquariums: Can ICM Revive the Bilbao Effect in Asia?
Share
Or
Copy

The "Bilbao effect" was once viewed as the savior of the other cities; a way for post-industrial cities in the 1990s and 2000s to not only replace their economic reliance on failing industry with tourism, but to reinvent themselves as capitals of High Culture, enriching both body and soul. This has long since ceased to be the case, and many now see it instead as an ironic monument to hubris. But while architecture in the west is attempting to find a viable successor, rapidly expanding economies in Asia and South East Asia seem poised to embark on a new wave of architectural and cultural flourishes designed to attract tourists and Thai Baht. 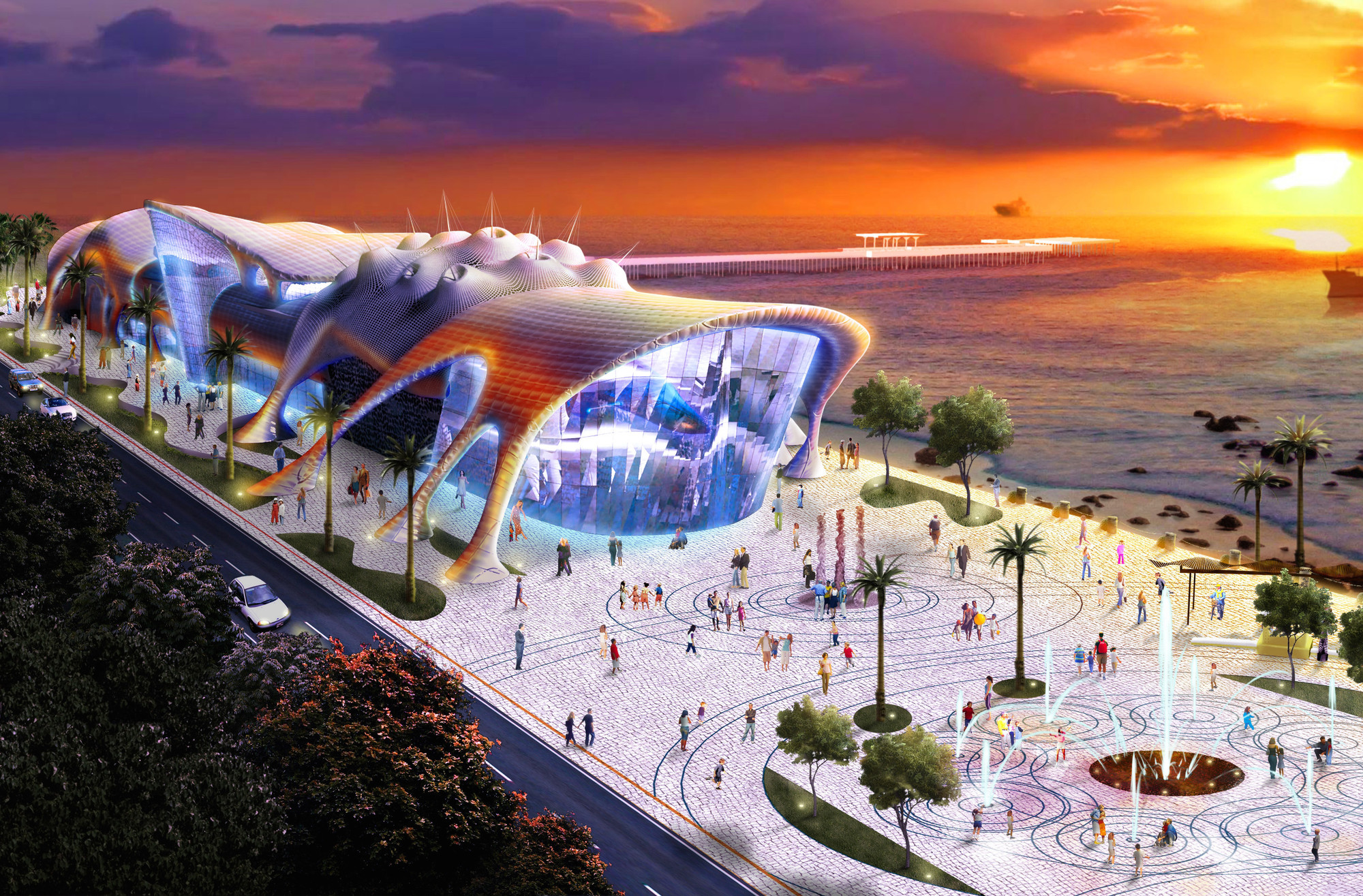 One of the companies currently expanding into the region is International Concept Management (ICM), a one-stop-shop for aquarium concept, design and manufacture who by opening a new office in Thailand are hoping to take advantage of the South East Asian boom in a way that will “turn their cities into world-class destinations” - but in doing so, can they also reverse the fortunes of the Bilbao effect?

ICM are no strangers to the Bilbao effect. Their monumental and technologically innovative aquariums are incredible feats of engineering, and as such they’re must-haves for blockbuster developments all over the world, from columns in Moscow to literally immersive lifts in Casablanca. Another of ICM's projects, the striking Aquario Ceara, an enormous aquarium in Fortaleza, Brazil which ICM is overseeing, has come under criticism from local residents, magazine articles and even academic research for fulfilling the other, less positive side of the Bilbao effect.

As part of the expansion of these cultural projects into South East Asia, though, the company believes they are on surer footing. As ICM explains, “Thailand is the tenth most visited country in the world and already has a strong tourism base. We believe over the next 10-20 years Thailand will continue to grow and attract visitors from all over the globe […] Right now there is not a lot in terms of entertainment for these countries, specifically within the themed attractions and aquarium industry.” Thailand’s official statistics show an enormous increase in the importance of tourists from China, Russia and India along with their already impressive growth figures, and these new tourists have very different demands to the traditional Western notions of tourism, something hinted at by the recent expansion of luxury and cultural projects in China that could be taken right from the Bilbao playbook.

Responding to this increase in demand for large scale cultural attractions, in Thailand ICM will link up with the expanded manufacturing plant of their partner, Reynold’s Polymer. While other projects which court the Bilbao effect seem designed to create a new market, ICM believe that they are integrating with existing demand and “look forward to being a part of the country’s economic fabric.” This is where Thailand and other South East Asian countries break with the Bilbao narrative: they are hardly suffering economically. The huge expansion in tourist numbers from China has begun to change the requirements of the tourism industry, creating a definite demand for structures that suit Chinese and Asian needs. Developers are so far filling this demand with architecturally striking shopping centers; ICM believe that their aquariums could also become a success.

Despite recent political instability in Thailand that did indeed damage tourism figures, their ability to attract tourists and investment is growing, not declining. This could well be the key point in this new wave of Bilbaos: the conventional and increasingly discredited Western notion of blockbuster projects has been that they’re built to revitalize suffering cities. But even Bilbao, although left behind by the post-industrial economy of the late 20th century, was the 5th largest Spanish urban area and a major city long before the Guggenheim. As such it already had the infrastructure and capital in place to succeed when the Guggenheim was built there - investment to revitalize the decaying port area of the city began in the early 1980s, with the founding of the University of the Basque Country. The land for the Guggenheim was in fact freed up by the replacement of the old docks with modern ones, which still operate as an important industrial port, rather than wholesale abandonment. [1]

Admittedly it is difficult to compare a city to a country, but it seems that Thailand is in a similar situation. Even before the recent political instability and the economic damage that it inflicted, Thailand was not outpacing other South East Asian economies. Like Bilbao, the country’s relative importance was in decline, but the country has extensive industrial and tourist infrastructure to provide the solid foundations a wave of cultural projects could take easy advantage of. Thai people still welcome tourism and believe their culture is well suited to facilitating it, the Thai reputation for tourism is undamaged and the sectors they are targeting can only grow in relative importance in the coming years.

This then seems key to the success of the Bilbao effect: timing. The time was right for Bilbao in 1997 and is potentially right again for South East Asia. Economically, yes, but also culturally and socially. Reorienting a city or an entire country’s economic focus is not an easy accomplishment, and as the proliferation of failed attempts across Europe and the US indicate, it’s easy to miss the moment. This ability to reorient is a transient phenomenon, and when the game is up, it’s thoroughly up, no matter how much Gehry you throw at the situation.

It’s no certainty that Thailand’s attempts to create a new version of the Bilbao effect, aided by firms like ICM, will be a success. Thailand faces challenges to their tourist supremacy from other, still opening South East Asian countries like Cambodia and Vietnam. And the bubble of high tech, high spec architecture in China seems to have reached a plateau, if not yet a bursting, that brings a challenge from a whole other direction. If they can pull it off though, it heralds a great success for Thailand, and arguably a new chapter in the theory behind the Bilbao effect.