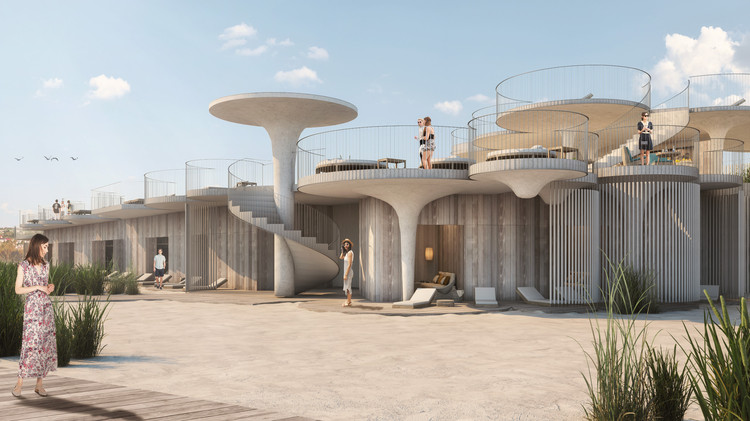 Rojkind Arquitectos, Esrawe Studio, and Slade Architecture have unveiled their proposal for a 2,685-square-meter beach club in New Jersey, United States. According to the firms, the project seeks to activate the beachside of the street and provide amenities and services to the beach in this town resort. 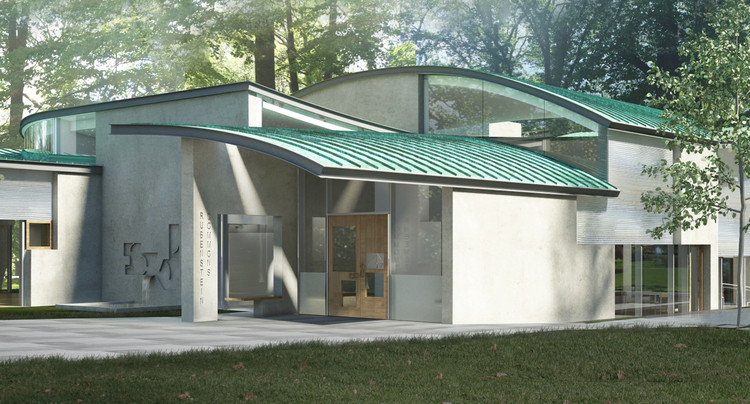 London-based Grimshaw Architects has been selected to serve as Lead Architect for the design of Newark Liberty International Airport’s new Terminal One building in New Jersey. Grimshaw will work in partnership with STV to design the $1.41 billion terminal, featuring 1 million square feet (93,000 square meters) of space and 33 gates spread across a two-level T-shaped building. The scheme represents the largest transportation infrastructure design-build project in New Jersey’s state history.

A part of the Riverfront Square redevelopment project – which will feature 11.8 acres of mixed-use buildings by TEN Arquitectos, Practice for Architecture and Urbanism (PAU), Minno & Wasko Architects and Planners and Michael Green Architecture and parkland designed by James Corner Field Operations – the Riverfront Square office building will contain up to 500,000 square feet of Class A office space within its cutting-edge timber-framed structural system. 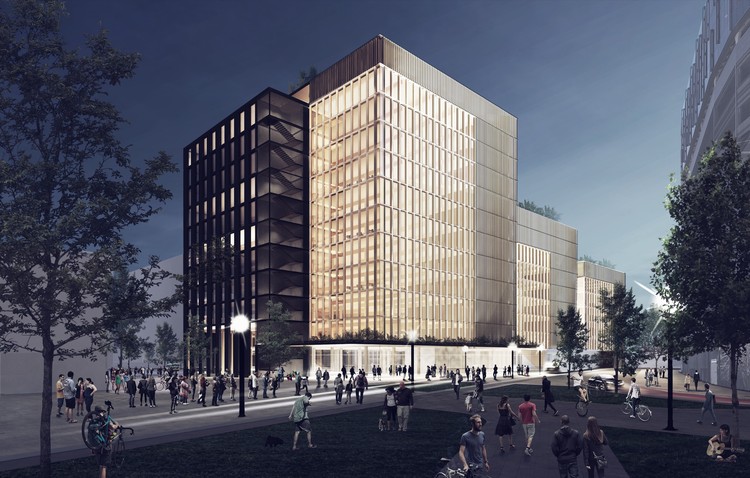 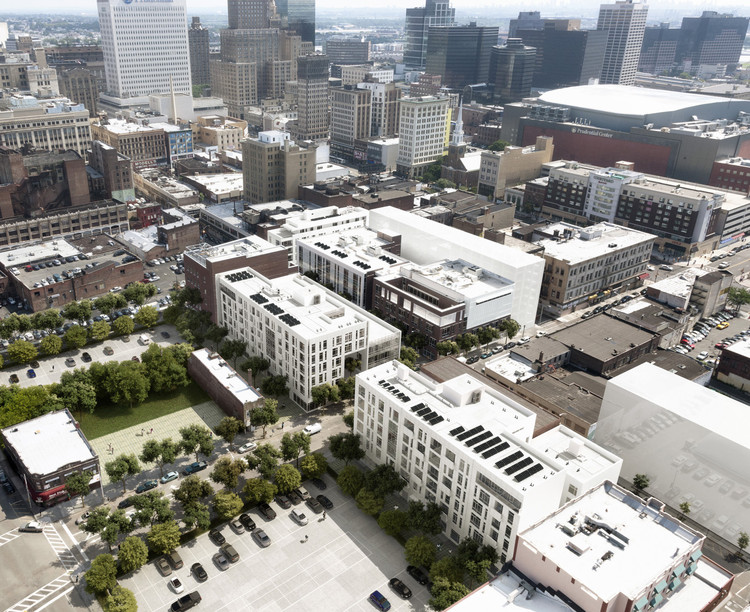 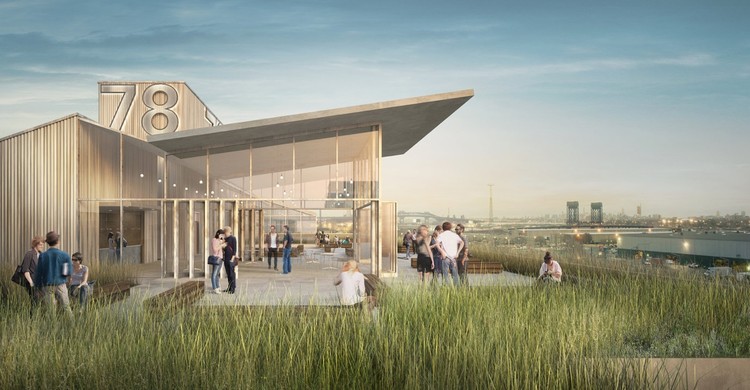 99 Hudson Street, soon to be New Jersey's tallest tower, has officially broken ground. Designed by Perkins Eastman, the 900-foot-tall mixed-use condominium tower is said to be one of the tallest residential buildings in the US and will "dramatically remake the Jersey City skyline," according to Mayor Steven Fulop.

“99 Hudson will mark a new milestone for Jersey City’s resurgence as a truly great city in which to live and work. For decades now, people on the west side of the Hudson have marveled at Manhattan’s skyline, but today Jersey City is developing its own dynamic city, along with a world-class skyline. To play a part in this transformation is quite an honor,” said Perkins Eastman principal Ming Wu.

Despite being separated by only a few miles, Manhattan and Jersey City seem much further apart; the Hudson River forces commuters to take long, roundabout routes or rely on the over-worked PATH system. Inspired by a need for connectivity between the two cities, Kevin Shane began conceptualizing a new pedestrian bridge, dubbed Liberty Bridge, which would connect Jersey City to Battery Park. Read more about this conceptual proposal after the break.

Michael Graves School of Architecture to Open in 2015

Kean University has announced plans to open a new architecture school based on the design philosophy of Michael Graves. Following the footsteps of a man who laments the “loss of drawing,” the new Michael Graves School of Architecture will prioritize hand drawings as a key to design process.

“In our technologically savvy world, to this day, Michael Graves’ philosophy is to draw by hand first so that the students see, ‘feel’ and experience the new building spatially. Then, only after the drawing is complete will the students transfer the design to a computer so that the computer becomes an execution tool, not an ideation tool,” describes acting dean and former student of Graves, David Mohney.

An exhibition celebrating one of North America's foremost postmodern architects will open this October, marking 50 years of Michael Graves' practice. Past as Prologue maps the evolution of Graves' work in architecture and product design through an array of media including sculpture, painting, furniture, drawings and models. The comprehensive exhibition will begin with Graves' work from 1964 and conclude with works currently in progress. The exhibition will be hosted by Grounds for Sculpture with a mission to provide insight into the five-decade progression of Graves' unique design process. More on the exhibition after the break.

Are the Palisades Too Pure for LG's Headquarters?

Responding to the bevy of critics slamming LG Electronics for building their new headquarters in the Palisades in New Jersey (half an hour north from NYC), Lee Rosenbaum, the Palisades-resident and architecture blogger known as CultureGrrl, maintains that "When it comes to preserving the 'pristine Palisades,' the boat has already sailed." Since LG's planned strip will be located on what is, according to Rosenbaum, already "a very commercial strip," she suggests that "that the incensed defenders of the purportedly unspoiled beauty of the Palisades [...] haven’t actually set eyes on them." Check out the images of her neighborhood as well as her very interesting Twitter tussles with The New York Times' Michael Kimmelman, Vanity Fair's Paul Goldberger, and New York Magazine's Justin Davidson at her blog, and let us know what you think of the debate in the comments below.

Starting this week,The Princeton University School of Architecture will hold until May 14 a retrospective exhibition on the work of Andrés Jaque and his architectural practice Office for Poitical Innovation. It includes their production since 2000, including several projects we've published in the past like the Plasencia Clergy House, Sweet Parliament Home, Escaravox and the Never Never Land House.

In the last 10 years the Office for Political Innovation has explored the question: ‘What happens to architectural practices when common notions of the urban (as something confined in cities) are replaced by others in which the urban is contained in urban enactments (ordinary interactions in which politics are produced)?’ 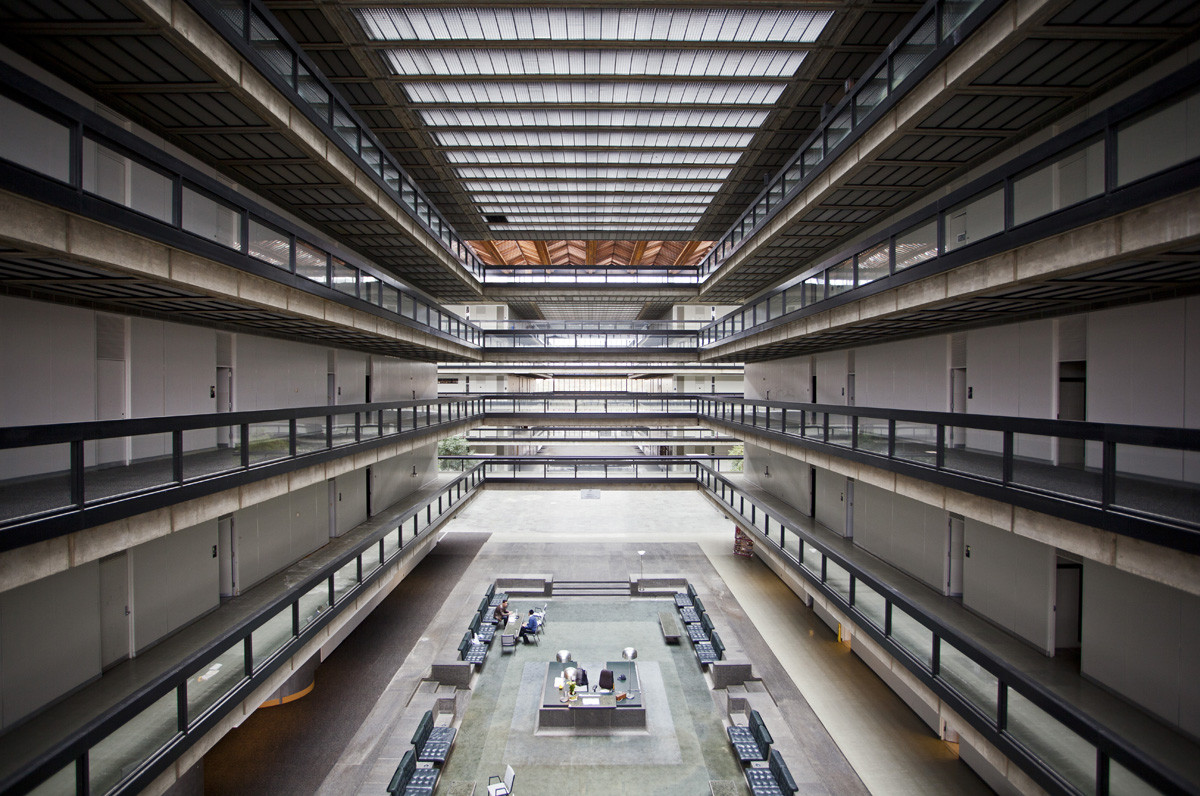 A rare house from Frank Lloyd Wright's Usonian house period has been saved by the Crystal Bridges Museum in Arkansas. The dramatic rescue plan to disassemble and move the house to a site over 1,000 miles away is required due to frequent flooding of the home's existing site in Millstone, New Jersey. The Crystal Bridges Museum will rebuild and restore the house at a site on their 120-acre grounds.

Read on for more about this unusual preservation

10 Projects Advance to Rebuild by Design's Final Round

After three months of in-depth analysis and public outreach, the U.S. Department of Housing & Urban Development (HUD) has shortlisted 10 design “opportunities” for the third and final round of Rebuild by Design. The design competition, focused on making New York’s Sandy-effected regions more resilient, sustainable, and livable, will now have the final project teams collaborate with local and regional stakeholders in developing their projects over the next five months. The goal is to arrive at projects that are implementable and fundable, leveraging the variety of federal recovery investments being made in the region.

OMA, BIG and WXY are just a few practices involved in the final round. Read on to review a glimpse of each shortlisted proposal.

The Spring 2013 Lecture Series at the College of Architecture and Design (CoAD) at NJIT (New Jersey Institute of Technology) began this month with Kathryn Dean’s talk and will conclude on April 18th. This semester, the series, which is free and open to the public, will feature Jonathan Massey, Nataly Gattegno + Jason Johnson, Tony & Margaret Santos, Ken Greenberg, Alan Organschi, and Axel Schmitzberger as keynote speakers. The concluding event is an AIA-endowed lecture by Will Bruder, which is also a part of the annual Design Showcase event. As part of the series, on March 6, CoAD will host a Spring Symposium on “Distributed Intelligence” sponsored by AIANJ. Lectures are Mondays at 5:30pm in Weston Lecture Hall unless otherwise noted. For more information, please visit here.