Architecture Events to Pay Attention to in 2022

The 2021 Venice Architecture Biennale closed less than a month ago, leaving architects pondering the takeaways of this edition and anticipating the next. The pandemic disrupted the usual cycle of biennials and triennials, as most of the events of 2020 and even some of the ones of 2021 were postponed; nonetheless, next year promises a full calendar of exciting opportunities for knowledge sharing and inquiry. The following are some of the most important architecture events to look forward to in 2022. 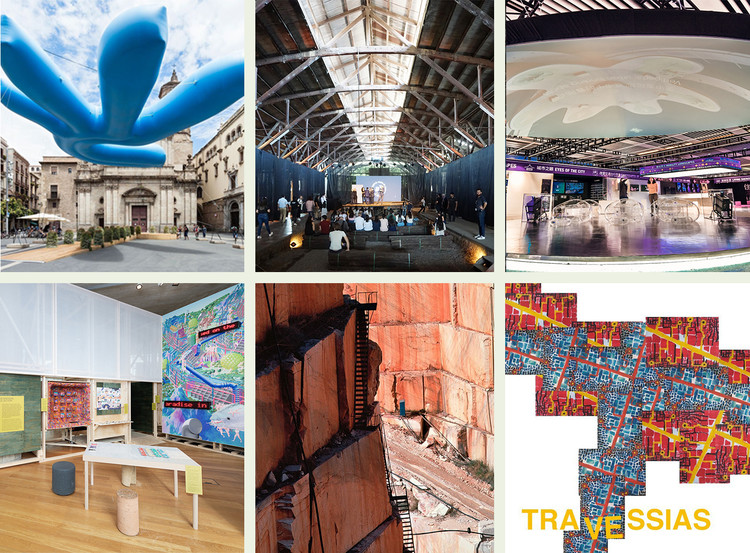 “We can all be designers” states Ole Bouman, one of the most influential figures in the world of Architecture. Implicated in the contemporary architectural discourse, the founding director of Design Society, in Shenzhen, China has introduced, since the 1990s, many design concepts, founded culture brands, and took on institutional roles all over the world.

Previously the director of the NAi - Netherlands Architecture Institute and the creative director of the Urbanism/Architecture Bi-City Biennale of Shenzhen/Hong Kong, the Dutch-German historian, writer, publisher, photographer, curator, lecturer, and practitioner in design and architecture, has gathered three decades of work in a platform, highlighting the interaction “between a life and history unfolding”. Read on to discover Ole Bouman’s Finding Measure essay, extracted from his website, and stay tuned for ArchDaily’s exclusive interview with Design Society’s founding director, discussing present and future, and tackling the role of architecture, the current challenges of the world, the digital revolution and many other thought-provoking topics.

The Ultimate Guide to the World's Architecture and Design Biennials

Venice? Chicago? Lisbon? Seoul? Architecture biennials, biennales, triennials, and triennales have become a vital part of the culture of modern architecture. Every two or three years, they debut new ideas, discuss popular topics, and showcase the best of what is happening in the field for both today and tomorrow. But, with the proliferation of these events in countries around the world, they can be tough to keep track of. How many are there, and when are they? ArchDaily has you covered. Below we have compiled what we believe is a comprehensive list showing the what, where, and when of the world's architecture and design biennials, triennials, and a handful of the larger yearly events. We've also included some more in-depth descriptions of a handful that have (in recent years at least) proven themselves to be big names.

The Urbanism\Architecture Bi-City Biennale (UABB) in Shenzhen finished in February, but at least one element of it lives on. Floating Fields, a project by Thomas Chung, Associate Professor of Architecture at the Chinese University of Hong Kong, was installed at the UABB site at the Dacheng Flour Mills in Shekhou as a demonstration of a concept to return agriculture to the Shenzhen's bay with floating agricultural fields. The project, which forms the major landscape piece at the Biennale, received the Biennale Organising Committee Award at the event's closing ceremony. 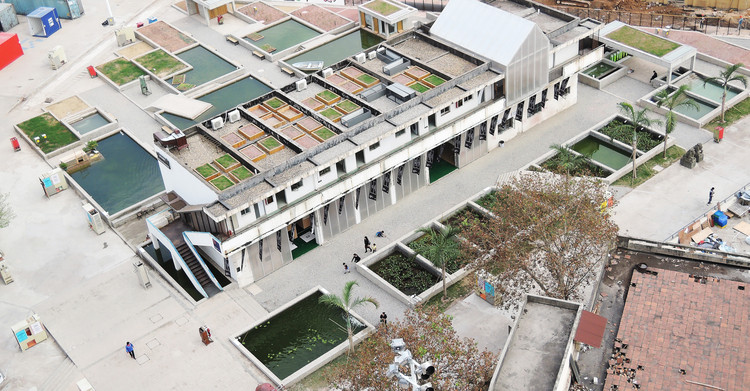 Shan-Zhen: How a Small Irish Town Influenced the Mega-City Shenzhen

At the dawn of the age of transatlantic commercial aviation, Shannon, a small town on the west coast of Ireland, was thrust into the spotlight. By 1959 it had been developed as the world’s first Free Trade Zone and New Town, providing a new—and persistent—business model for US multinationals seeking cheaper ways to operate in Europe. On the other side of the world, China was beginning to develop its urbanisation policy and was interested in how Shannon had successfully decentralised its administration from Dublin. After many visits in the early 1980s by Chinese leaders to study this model, under the direction of Deng Xiaoping, the Shannon planning system was used as a template in the formation of Shenzhen and has since been rolled across China.

New Horizon_architecture from Ireland is the flagship exhibition programme for Irish architecture and the built environment as part of Irish Design 2015. Shan-Zhen was first presented at the Bi-City Biennale of Urbanism\Architecture in 2015.

The art installation, Salt - Microcosm of Life[Style] is currently exhibiting at 2015 Bi-city Biennale of Urbanism\Architecture (Hong Kong Edition). Stanley Pun and Rina Ko are recent graduates from London and Hong Kong and the work is a reflection of what ability do we have to influence the way we want to live - by changing our perspectives - and in turn, how it could shape our future city.

At the opening to the 2015 Bi-City Biennale of Urbanism\Architecture (UABB) we took a moment to speak with Hubert Klumpner, one of the event's six curators. A professor from the ETH Zurich Swiss Institute of Technology and partner at Urban Think Tank, Klumpner, together with Alfredo Brillembourg, spearheaded the curation of "Radical Urbanism," a sub-theme of the entire Biennale's wider theme, "Re-Living the City."

"...we believe that we have enough buildings, enough construction, enough infrastructure. And it is now time to consolidate it and find the qualities within the built. This is not against future production, it is more about a consideration of what we really want in cities." - Hubert Klumpner

Read on to learn how the "Radical Urbanism" exhibition reveals what we can learn from the interventions and ad-hoc, bottom-up initiatives. Also, don't miss Klumpner and Brillembourg's essay, "The Evolution of Radical Urbanism: What Does the Future Hold for Our Cities."

We would like to invite you to participate in 2015 UABB, as a member of the Crash.Course: Aformal Academy - RE:Learning The City. Join us, and come to Shenzhen for a 9-day intensive and interactive learning experience.

This is not a masterclass, but a collection of classes for one to master. This week-long intensive layered workshop will span the UABB Shenzhen and Hong Kong official openings and form the 9-day RE:Learning the City – Crash.Course. Participants will attend the lectures of, study with, and mingle with the exhibitors, international visitors, and local experts.

Guided and focused studies will

The Shenzhen Bi-City Biennale of Urbanism/Architecture, which enters its final weeks, has already welcomed more than 120,000 visitors. The Value Factory offers a jam packed program to conclude a very inspiring UABB 2013. From now until the end of February, visitors can enjoy tours, workshops, exhibitions, performances and debates. Check out this month's full program after the break. 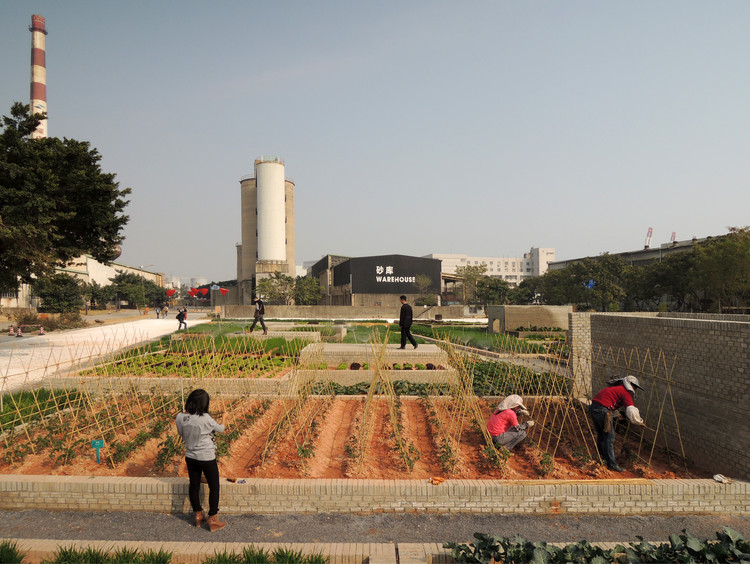 Now in its 5th edition, the Bi-City Biennale of Urbanism / Architecture (UABB) is the only biennial exhibition in the world to be based exclusively on the themes of urbanism and urbanization. The Biennale is co-organized by Shenzhen and Hong Kong, two of the most intensely urban cities in the world, where political and economical contexts have shaped unique urban dynamics.

On display until February 23rd, the Hong Kong Biennale is curated by Colin Fournier, together with Executive Curators Joshua Lau and Allen Poon of TETRA and Travis Bunt and Tat Lam of URBANUS.

The Biennale is “informed by the singularity of Hong Kong but it will not be primarily about Hong Kong, just as the Venice Biennale is not about Venice: it will be about the cities of the world, making use of the unique bi-city setting of the Biennale as a platform to address global issues in a visionary and critical way.” You can read the complete curatorial statement here.

Photos and more about the individual exhibits after the break:

Ma Yansong of MAD recently presented a 600,000 square meter urban design proposal for the city of Nanjing titled, "Shanshui Experiment Complex," at the 2013 Bi-City Biennale of Urbanism / Architecture in Shenzhen, China. The concept takes into account the culture, nature and history of Nanjing while reconsidering the methodology in which Chinese cities are built.

Shenzhen Biennale: The Value Factory and the Urban Border

Now in its 5th edition, the Bi-City Biennale of Urbanism / Architecture (UABB) is the only biennial exhibition in the world to be based exclusively on the themes of urbanism and urbanization. The Biennale is co-organized by Shenzhen and Hong Kong, two of the most intensely urban cities in the world, where political and economical contexts have shaped unique urban dynamics.

A few days ago we had the chance to attend the opening of the Shenzhen Biennale, curated by Creative Director Ole Bouman together with Academic Directors Li Xiangning and Jeffrey Johnson. The Biennale, focused on “Urban Borders,” is split between two venues that will be open until Feb 28th, 2014.

Right next to the Shenzhen Ferry Terminal, where thousands of people commute every day between Hong Kong, Macau and Chinese cities along the Pearl River Delta, the Border Warehouse displays a series of projects -including the national pavilions- that deal with border issues, from projects that mediate Shenzhen and Hong Kong; the 3,154km long border between Mexico and the US, to transit stations and border checkpoints designed by contemporary architects. Participating include Enrique Walker, Juerguen Mayer, Aterlier Bow Wow, Joseph Grima, Teddy Cruz, Abalos + Sienkiewicz, MAD, among many others.

"Cities are filled with numerous – and at first sight invisible – borders. Between rich and poor, between ethnic groups, between high and low, between dense and sprawl, in short, between center and periphery. But who and what define these borders?" -- Ole Bouman

But perhaps the most interesting part of the Biennale takes place at the main venue: The Value Factory.

More information about the Value Factory and a complete photo report after the break: