Save
Why Robotic Construction? / Philip F. Yuan for the Shenzhen Biennale (UABB) 2019
Share
Or
Copy

Since digital infrastructure and automation technology made it possible to correlate “eyes,” “hands” and “brain” with the workings of the city, a virtual machine has emerged to integrate matter, energy and information in the lived environment. Urban sensations have become inseparable from the effects of this machine’s production on the interactions between the city and its inhabitants. In investigating the new condition of social assemblage, one question could emerge naturally – why robotic construction?

To address this question, the diagram performs as an intellectual field that territorializes a series of concepts/actions/events regarding robotic construction and its interventions into social life. In this diagram, the terms are distributed across the field according to their correlation to the triangles of “Matter-Energy-Information” and “Eyes-Hands-Brain of the City,” while the distances between the terms are determined by their internal “intimacies” and oppositions. In general, the diagram is intended to offer a loosely constructed network of ideas that could cultivate further speculations on the role of robotic technology in the constant reform of our living environment.

With industrial robots as the revolutionary construction platform of the digital era, the architectural profession is experiencing a great paradigm shift from traditional crafts and industrial reproduction to cyborg craftsmanship techniques combining human with a machine and new human-to-human collaborations. This hardware-software platform integrates the “hands,” the “eyes” and the “brain” of the city with an information network for building. It circulates matter, energy and information to mix our virtual living environment with actual building processes.

With the robotic construction platform, the materialization process of the city could be constantly manipulated and altered through various invented fabrication technologies, continuously forming and reshaping the living environment.

Meanwhile, new possibilities of collaboration brought by this robotic platform challenge traditional design authorship and question authority within the cycle of architectural design and construction, decentralizing the control of energy consumption within the system of production.

Both off-site prefabrication technology and in-situ robotic construction make “architecture without architects” a possibility. Through the reciprocal feedback loop between cloud computation and cloud production, a tendency toward de-professionalization within the building industry emerges. The shared knowledge and liberated creativity between robots and humans brought forth by the robotic platform encourage citizen contribution in the constant building process of the lived environment.

Through open-ended mass production and mass customization, cities become distinct in their growth and reforming processes as the collective creativities of various participants interact in both the virtual and spatial dimensions to reach collaboration.

In this citizen-involved production process of the city, the robotic platform allows for a subjectivity that produces a new capacity for expressing the individuality of citizens as design participants in the ongoing negentropy of the living environment. The robotic platform acts as a form of resistance toward mass uniformity, serves to de-territorialize social assemblages and eventually frees us for an empowered urban living experience.

Philip F. Yuan is Professor at the College of Architecture and Urban Planning (CAUP) at Tongji University, where he is the director of the Digital Design Research Center (DDRC). He is also the Founding Partner of Archi-Union Architects and Fab-Union Technology. His research mainly focuses on the field of performance-based tectonics in architecture as well as robotic fabrication, and he is able to realize many of his research theories in his architectural practices. Since 2011, Yuan has been the co-organizer of the annual academic event series DigitalFUTURES, which encourages theoretical and scientific research on computational design and robotic fabrication internationally. He has published a number of books on his works and related fields in both English and Chinese. His research and projects have received many international awards, have been exhibited worldwide – including at the 2018 Venice Architecture Biennale, 2017 Chicago Biennale, Milan Triennial, UABB (Shenzhen) – and have formed parts of several renowned museum collections.

For more info about the Call: https://www.archdaily.com/914096/shenzhen-2019-bi-city-biennale-of-urbanism-architecture-eyes-of-the-city-exhibition-section-call-for-submissions 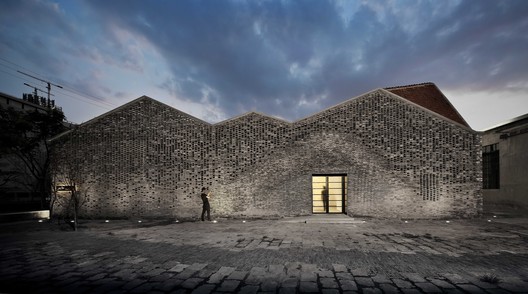