Save
Invisible Architecture: the Necessity of Surprise - Eyes and Ears of the City / Ole Bouman for the Shenzhen Biennale (UABB) 2019
Share
Or
Copy

In times normal, our eyes are the lights of our will power and the tools of our agency. Eyes oversee and control the world in front of us, help us to prioritize and make up our mind, gather the essentials we need to process before we sensibly can navigate our way to go. Eyes (and the visual cortex behind them) are essential attributes of homo erectus, becoming sapiens, providing orientation according to our values, and help us to measure the world around us properly before coordinating our actions.

Unless times are not normal but actually completely normalized. Unless other eyes come into play: eyes that no longer serve us but rule us; eyes that follow the commands of higher authorities and their regimes as watchdogs of power we should submit to or even the instruments of actual surrender; eyes that are connected to much more powerful databases than our brain can ever be in turns connect what they see to what they have seen in the past, to the algorithmic conclusions that were drawn, to the imposed ambitions of the future, and even to the risks and potentials that we haven’t even ever thought about; eyes that are never surprised, never impressed, and never seduced; and, eyes that not just see but rather alert, gather, hunt, sense, track, and even anticipate, intuit, and eventually secure, clean and who knows what is next. Eyes upon us. Eying is a verb. These eyes, indeed, do a job.

Architecture, from times immemorial, has been protection. It shielded us not only from the elements of nature but also from the gaze of the other. Architecture helped us to remain invisible, anonymous, safe – and, if wished, below the radar. A wall was not only demarcation between spaces but between private and public life. Architecture provided a dialectical world of in and out, that gave us the concept of retreat in case reaching out didn’t work.

Well, this architecture is no longer – or, at least, there are reasons enough to think that soon. When you thought you were hiding behind the wall, your mind is still connected to a Siri, a Neuralink, or lesser-known helpers. Or, you may just have forgotten again what a mind was. Soon, although not yet.

But what does it mean to curate an architecture and urbanism biennale that explicitly takes the above as its subject and is titled “Eyes of the City”? Is the fact we still speak of architecture and urbanism at all indicating a rear-guard fight, revealing the ignorance of what is going on in front? Or can it be a deliberate oxymoron, subversive to the inexorable force of technology?

From the angle of the track record of this Shenzhen Biennale itself, also known as Urbanism and Architecture Bi-city Biennale (UABB), its distinguishing ambition – the special quality of the UABB if I may say so, has always been and might still be its capacity to act like an urban catalytic force. In its previous installments it did not just expose or celebrate something but acted like a trigger for a better life. This quality was easy to understand by the choice of its venues. Old and derelict factories that got a creative boost and came back into play as urban nodes. An “urban village” for urban migrants, exposing and exacerbating its “arrival” qualities, stronger than any of the visiting culture gurus could ever imagine. The energy brought by a biennale automatically lead to vibes, a new attractiveness, programs, and new identity. Some people were even saying that beyond that boost, gentrification was the ultimate effect. Whether you like that or not, at least it proves the point of a biennale as a change agent.

But this year the situation will be completely different. It, in the first place, owes to the venue – the utterly vast Futian Station right next to the Civic Center, a place seemingly ready for decades of logistical machinery to connect Shenzhen to the world, and a place not in great need of vibes but of efficiency. Actually, not so much as a place, but rather a node to pass, and an in-between zone that is supposed to guide you through.

Secondly, this Biennale will address a public that does not, or hardly knows itself is actually a public. It is an audience that can’t care less about architecture (nor its theory) for that moment it’s exposed to it. But at the same time, it’s an audience that has nowhere to escape. People have to be there. They will come back the next day on their daily commute. No other cultural event can count on such a loyal audience.

These conditions, combined with the intellectual paradox of the subject matter “Eyes of the City” that virtually denies its own stance, almost counter-argue against any hope for catalyst effect. Where previously it was the presumption of design’s agency that justified the idea of a catalyst, now a topic is raised that is about the very fading away of the agency itself, or at least the risk thereof.

I can imagine the creative challenges that first the curators, then the many contributing design teams responding to the open call, have been through. It must have felt like a magical Houdini act to transcend to the next level of participation, or even emancipation. This must have not just about the agency of design, but about re-designing agency itself.

How, by Jove, can this event ever be a trigger of anything culturally important? For now, we can indulge ourselves in the blissful state of innocence and just wait till December – a luxurious waiting for a, hopefully, nice surprise.

Ole Bouman is since 2015 the Founding Director of the new creative platform Design Society in Shenzhen, now in the second year of its full operation and listed by Time Magazine among the World Greatest Places. Past roles include editor-in-chief of Volume (2005-2007, a magazine he co-founded with OMA and Columbia University) and director of the national Netherlands Architecture Institute (NAi) (2006-2013). He worked as a curator for Manifesta 3 (2000), and curated national pavilions at the Biennales of Shenzhen, São Paulo and Venice. He was Creative Director of the Urbanism/Architecture Bi-City Biennale Shenzhen (UABB) in 2013-14. His publications include The Invisible in Architecture (co-author, 1994), Ubiquitous China (2006), Architecture of Consequence (2009) and (co-editor, 2017) Design Society: the Making of a New Creative Platform. Among others, Bouman taught architecture and design at the Massachusetts Institute of Technology and the University of Hong Kong. In 2019 he received the Shenzhen Creative Influencer Award. 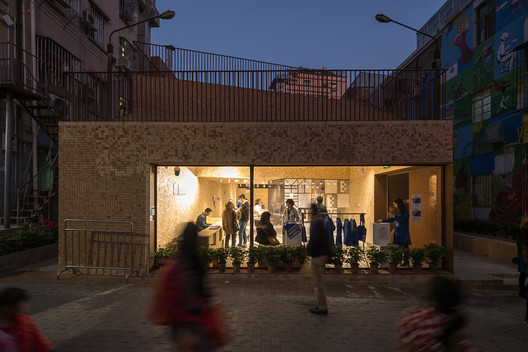