As part of Milan's ongoing vision of bicycle-friendly highways, the Metropolitan Council of Milan has approved its Biciplan “Cambio” project, a new transportation system that introduces "super-cycle" corridors across the urban fabric, prioritizing cycling, environmental protection, safety, and wellbeing. The project aims to compliment existing cycle paths with 750 kilometers of new corridors that will connect the city's 133 communes with its wider metropolitan area, and increase the amount of bicycle trips and reach by 10% internally and 20% on a greater scale. 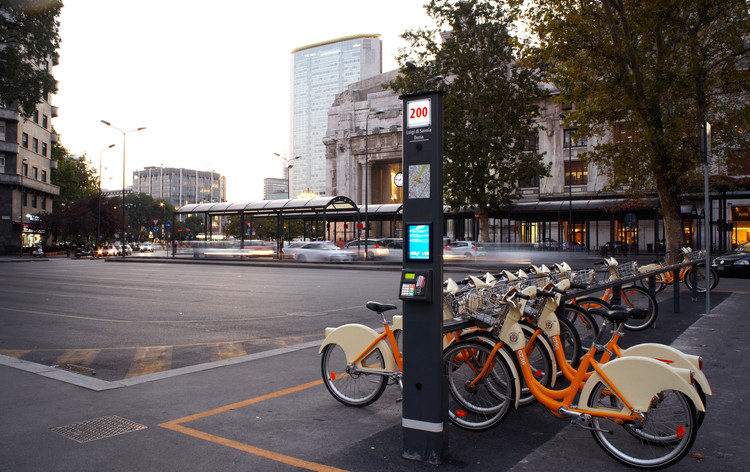 As explained by Beatrice Uguccioni, the Councilor responsible for mobility, 250 million euros will be invested to introduce 24 cycle lines: 4 circular lines and 16 radial lines, aiming to decrease emissions and traffic, and ensure more road safety for cyclists and motorists, who will no longer have to share the same routes. The Councilor further explains that "this is a unique project in Italy, because it is the first to be accompanied by an organic strategic document. Our will is to surround the metropolitan city with a capillary network of cycle paths that connect the capital city with the entire metropolitan area, replicating what we have already done with optical fiber".

The super-cycle paths of the "Cambio" network will also be accompanied by optical fiber, to allow for the use of smart solutions in the infrastructure, such as low-impact lighting and real-time information displayed alongside the routes. Parking lots and stations will also be implemented across the corridors. Once completed, the project will put 80% of public facilities and services, such as hospitals, schools, and businesses within one kilometer of a bike route.

Transforming the Italian city's metropolitan mobility system has long been considered by the council, particularly after a significant drop of traffic and pollution was visible during the first nationwide lockdown in early 2020. Following the first confinement, Milan announced its “Open streets” plan that prioritizes pedestrians and cyclists over cars. The proposal repurposes the Lombardy area, transforming 35km of roads into people-friendly streets right after the lockdown.

A few days ago, the European Commission adopted several transportation proposals that reduce 90% of carbon emissions, moving a step closer into the implementation of the European Green Deal. The set of proposals include the development and modernization of the TEN-T network, a set of rail routes, inland waterways, and roads that connect 424 major cities across countries of the European Union, as well as the provision of new high-speed rail connections. Following the same vision, the city of Paris announced that it will be investing €250 million to upgrade its cycling infrastructure and expand its network of bike lanes with aims of becoming “100% cyclable”. The French capital's investment comes through Bike Plan, a 5-year-long urban project that will reinforce the presence of bikes and provide safe and well connected routes for passengers and pedestrians, aiming to make it "one of the most bike-friendly cities in the world by 2026.

Work on the Cambio project will be inaugurated towards the end of summer 2022. The first construction work will tackle the first section of Line 6, which reaches Segrate and the Idroscalo, along via Rivoltana. The second tackles the construction of one of the secondary support networks, the Adda Martesana Homogeneous Zone, between Line 4 and Greenways G1 and G2 . 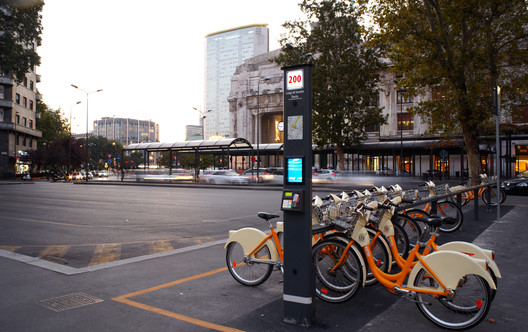