Save
Can Vernacular Architecture Be Exoticized?
Share
Or
Copy

When we talk about vernacular architecture, we’re talking about an architectural style specific to a region – architecture that relies on the use of local knowledge and materials to construct buildings. It’s the Beehive Houses of Harran in Turkey, to the traditional Malay Houses found throughout southeast Asia. The vernacular architecture of various places continues to be a source of inspiration for contemporary architects, as they look to create sustainable architectural responses well-suited for their context. 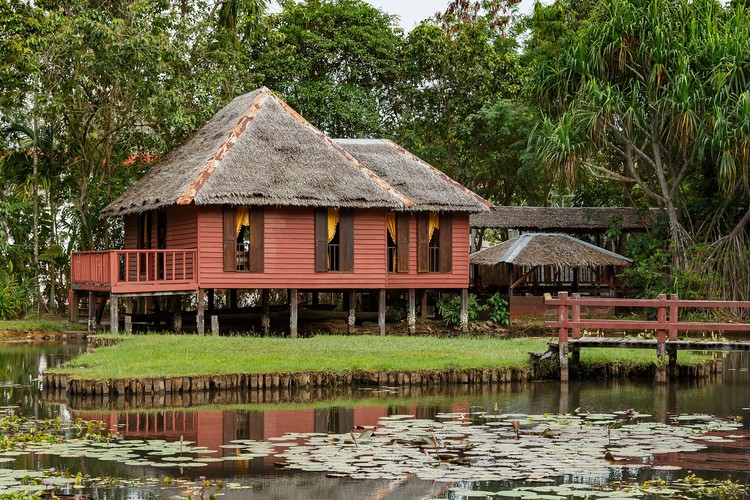 The word ‘exotic’ has often been used to describe the cultures of people who reside in the Global South, a word often used to delineate a difference, a clear ‘othering’ of people deemed to be different. On the African continent, this “othering” of native African people was often used as justification for European colonial conquest, and in many African states, colonial administrators did little to acknowledge the existing architectures of the communities they forcibly ruled over. In tandem with this, colonised societies also saw their identities exploited as objects of wonder. The 1867 Exposition Universelle in Paris, for example, saw the objectification of non-Western practices and cultures.

Re-evaluating Critical Regionalism: An Architecture of the Place

Where does this leave us today? Well, today, it leaves us grappling with the questions posed by Kenneth Frampton in his influential essay on Critical Regionalism. The work of offices such as atelier masōmī in Niger is an illuminating look into how indigenous vernacular architecture is incorporated into an architectural response without ‘objectifying’ it – as epitomized by their HIKMA Religious and Secular Complex in the Nigerien village of Dandaji. With a scarcity of local traditional Hausa construction materials such as timber, this renovation project saw atelier masōmī opt to insert metal detailing in the stairs and to re-envision the traditional Hausa mosque with contemporary detailing and structural support. Throughout this process was an ongoing dialogue between the atelier masōmī construction team and local masons.

Vernacular architecture can be exoticized when various cultural symbols, sometimes haphazardly, are applied to a certain context without the due diligence of truly examining the culture it is borrowed from in a comprehensive way. The indigenous Sámi people of Northern Europe, for example, have seen their lávvu structures – a portable tent with a distinctive shape, be a constant stylistic symbol for various buildings by non-Sámi architects. Sámi artist and architect Joar Nango is particularly bothered by this, as he sees contemporary architecture which draws on from Sámi symbols fail to understand the cultural meaning and the concepts of Sámi spatial layouts. A similar problem presents itself with the Aboriginal and Torres Strait Islander people of Australia - with discussion taking place on how the indiscriminate mixing of elements, motifs and typologies in an architectural capacity can be a problem.

Another way in which vernacular architecture can be exoticized is if it is assessed in the one-dimensional manner of aesthetics only. Sub-Saharan Africa, for example, is home to a large number of national parks which house an impressive number of luxury safari lodges. These lodges are oftentimes designed in the indigenous style of its context, for example with thatched roofs found in vernacular dwellings. However, sometimes the celebration of structures for its vernacular-appropriate response leaves out other areas which are relevant to the discussion, such as that their prices make visiting them an endeavor only accessible to a small part of the population, or the fact that the local communities whose architecture is used as a precedent seldom receive a fair share of the benefits.

As the vernacular architecture of places around the world continues to be an inspiration to architects and designers today, engagement with the vernacular that is holistic, and not superficial – is the way forward.