Herzog & de Meuron's rehabilitation of Porta Volta took up themes of Milanese urbanism and architecture, which has defined the city's urban fabric throughout the years. The project's design was developed after an intensive historical analysis of the site - a site which dates back to the 16th century and holds remains of when the Romans defined the city's boundaries. Architectural photographer Bahaa Ghoussainy captured Herzog & de Meuron's Lombardian-inspired structure, highlighting its modernized nod to historic architecture. 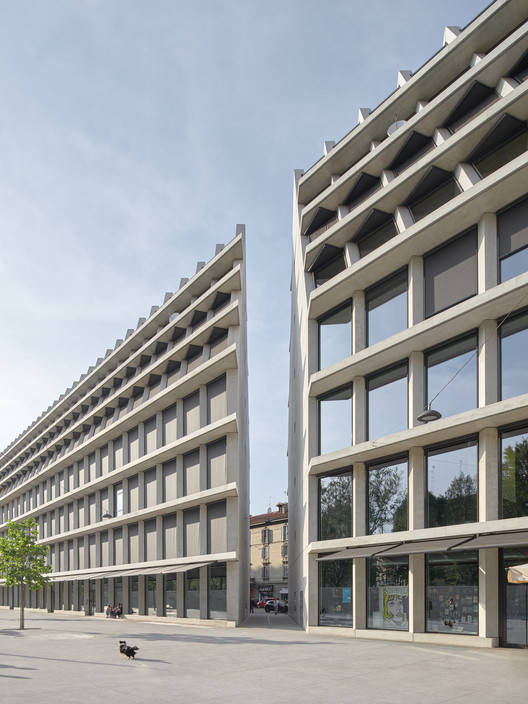 The urban design of Porta Volta goes back to the Mura Spagnole, the ancient 16th century city walls which were the only remaining fortifications since the Romans defined the city’s boundaries. According to the project description by the architects, after the opening of the bastion in the late 19th century, Via Alessandro Volta laid the basis for the city’s extension outside the ancient walls, connecting as a new, prominent urban axis the historical center with Cimitero Monumentale.

The main design strategy by the architects was to strengthen and reinforce the city, as the general masterplan of Porta Volta holds an "important strategic potential for creating a positive impact on the surrounding area". Fondazione Giangiacomo Feltrinelli was relocated to the northern center of Milan, an area considered as an ideal environment for the foundation’s multiple activities. The buildings' design is inspired by the grand scale of historic Milanese architecture, along with the long, linear Cascina buildings of traditional rural architecture in Lombardy. The project includes the development of two further buildings, mainly dedicated to offices, and a generous green area as extensions of the existing boulevards.