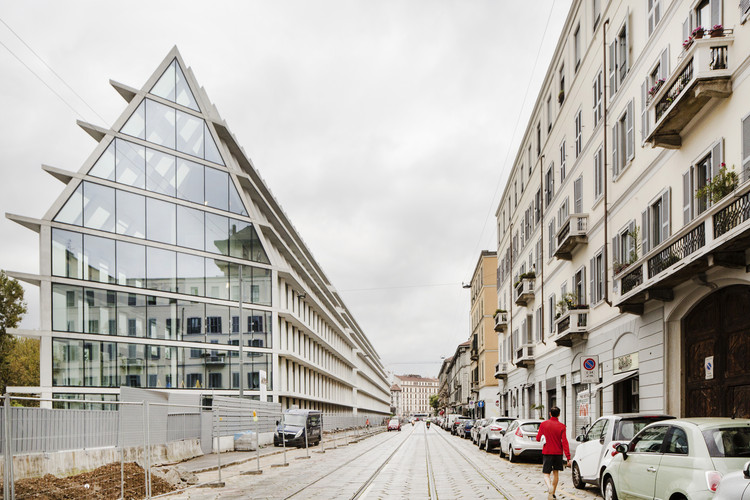 Text description provided by the architects. Strengthening and Reinforcing the City

The overall masterplan for Porta Volta holds an important strategic potential for creating a positive impact on the surrounding area, due to its important urban dimension. As part of the redefinition of the area Porta Volta, Fondazione Giangiacomo Feltrinelli intends to relocate its seat to the northern centre of Milan, considered as an ideal environment for the foundation’s multiple activities. Together with the building of Fondazione, the project includes the development of two further buildings, mainly dedicated to offices, and a generous green area as extensions of the existing boulevards.

A Site Steeped in History

The historical analysis of the site drove the evolution of the design proposal. The urban organisation of Porta Volta traces back to the course of the Mura Spagnole, the ancient 16th century city walls which were the last of a series of fortifications which since Roman times have defined the city’s growing boundaries. After the opening of the bastion in the late 19th century, Via Alessandro Volta laid the basis for the city’s extension outside the ancient walls, connecting as a new, prominent urban axis the historical centre with Cimitero Monumentale. Today, the emptiness of the site is a testament to the walls and, at the same time, reminds one of the destructions this area has suffered during the Second World War.

A Gate as Point of Reference within the City

Together with a series of preserved gates, the two Caselli Daziari di Porta Volta offer an important reference point within the Milanese city plan. The allocation of Edificio Feltrinelli and the Fondazione along Viale Pasubio and the allocation of Edificio Comune along Viale Montello opposite the axis Via Alessandro Volta underline this historical gate, taking up the Milanese tradition of twin buildings as in Piazza Duomo, Piemonte or Duca D’Aosta.

Besides the preservation of the Mura Spagnole’s archaeological remains, the concentration of building mass endeavours to create a generous public green area as extensions of the existing boulevards. On the street level, the new edifices will house cafes, restaurants, and shops, offering an area for interaction and recreation to the citizens.

A House for the Fondazione Giangiacomo Feltrinelli

A narrow gap separates the Fondazione from the adjacent building, reflecting two autonomous constructions which are simultaneously part of an overall whole. The ground floor of the Fondazione accommodates the main entrance, cafeteria and book store, followed by the double height multi-functional space on the first floor, and an office area on both the third and fourth floors. The reading room on top of the Fondazione offers researchers and interested public the opportunity to study documents from the historical collection stored in the secure underground archive.

The new buildings are inspired by the simplicity and generous scale of historic Milanese architecture as Ospedale Maggiore, Rotonda della Besana, Lazaretto and Castello Forzesco. They are also inspired by the long, linear Cascina buildings of traditional rural architecture in Lombardy, which already were an important reference in Aldo Rossi’s work, for instance his residential building in Gallaratese.

This is why we propose an elongated and narrow architecture which in a vaguely figurative way introduces a roof which melts into the facades. The structure expresses the geometrical conditions of the site in a rotation of its members and balances between transparency and spatial definition. Façade, structure and space form an integrated whole.

The redefinition of Porta Volta will intrinsically be a Milanese Project, taking up themes of Milanese urbanism and architecture, which through the course of history have led to a series of emblematic buildings for which the City of Milan is renowned. 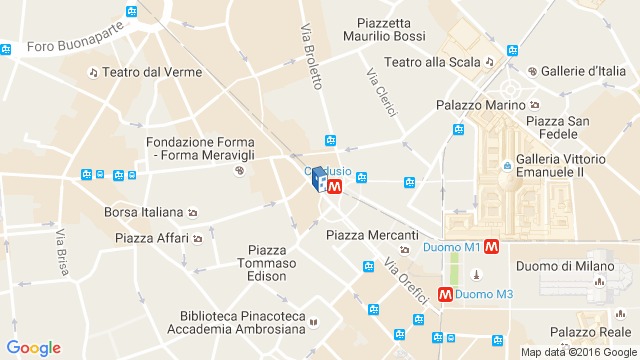 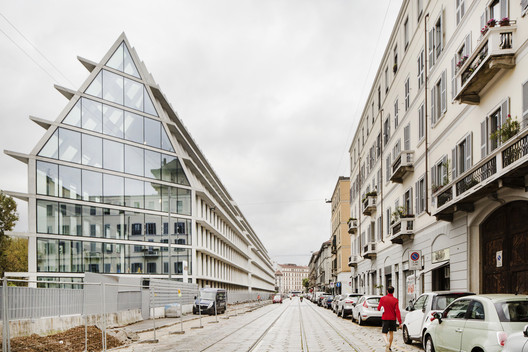