Among a total of 294 entries—the highest number ever in the history of the award—the winner projects are defined by "diverse interpretations in intervention approaches, sensitivity, thoroughness, and respect," according to the jury.

The respectful renovation of the Royal Museum of Fine Arts in Antwerp, a large-scale, complex building; the reconversion in Onda, Castellón, of an archaeological site listed as an asset of cultural interest into a living, modern public space; the unique and sensitive approach to the urban landscape of the La Nova Esquerra de l’Eixample neighborhood in Barcelona; or the showcasing of a Japanese methodology that suggests how heritage should be transmitted, are among the awarded projects.

The winners of the 2021 European Award for Architectural Heritage Intervention are:

Category A: Intervention in built heritage

The jury, in a first-round of evaluations, seeking to give visibility to a larger number of works, announced the shortlist of 16 works on 20 May 2021, from which —following its final deliberation— it has selected five finalists, which are:

From among the five finalists, the jury has decided to give the award to:

The jury comprised of Delphine Péters, Ogla Felip, and Isabel Aguirre announced the shortlist of 49, from which —following its final deliberation— it has selected five finalists, which are:

The jury has decided that the winning entry is:

The four finalist projects are:

In category C, the jury has decided that the award goes to:

The winning entry is:

The Special Mention for Restoration is an award which, from all the submitted entries, goes to the intervention which, from a technical and methodological perspective, has stood out most for its quality, precision, and respect. Having carefully analyzed all the entries in all the categories, in this edition it has been decided to give this award to two projects whose programs share the characteristic of offering an accessible, restored space that respects the identity of the work. 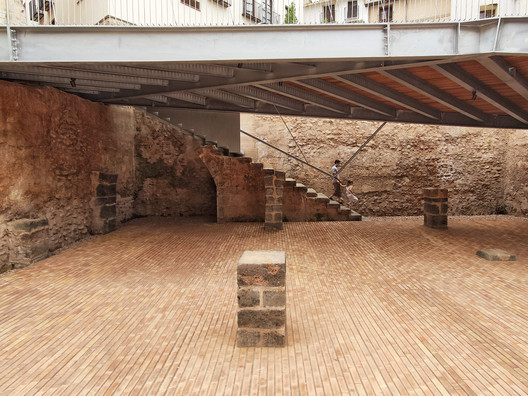