Save
Can Sau. Emergency Scenography / unparelld’arquitectes 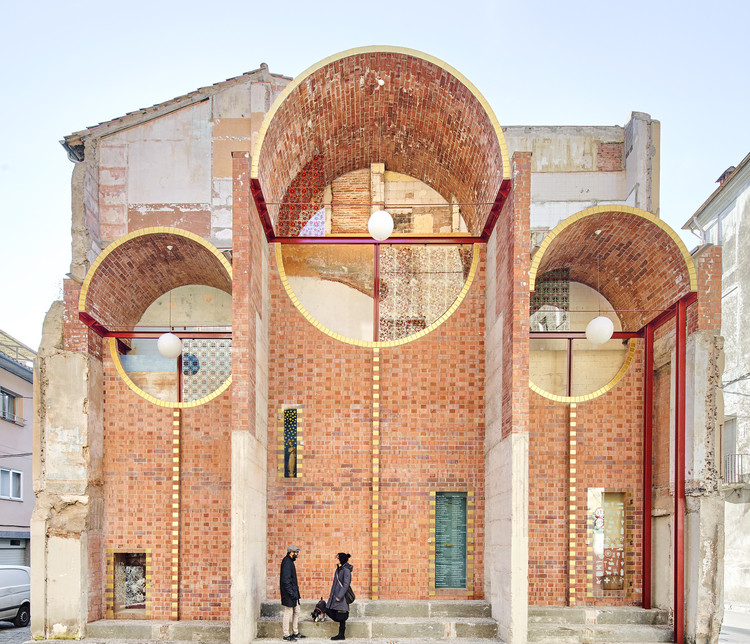 Text description provided by the architects. Can Sau house was located in the old city centre of Olot, where nowadays demolitions are not unusual. Given that half of the building was affected by street alignment, it was demolished, leaving an urban void characterized by a party wall and four stepped buttresses that faced the side façade of the church of the patron saint of Olot. For different reasons, the same consequences: abandoned lots, loss of urbanity, disfigurement of the street, destruction of the ordinary landscape.

Upon request for a pavement project and an ongoing contract for a waterproof metal cladding, the assignment was reformulated. It was urgent to allocate resources to the vertical plane to endow the space with urbanity, apart from guaranteeing the waterproof qualities of the party wall. In the compact city, the façades take responsibility for giving shape and character to the street.

With hollow brick, an emergency scenery was built. It completes what the buttresses suggest, revealing in the background the traces of domestic activity marked on the party wall. Construction of three vaults and four niches is offered to the public space as a porous façade, accompanied by a minimum of stands. It is an unfinished and appropriable structure. The visual artist Quim Domene intervenes a posteriori in the niches, with elements allegorical to the history of the neighborhood.

The Tura church, confined between narrow streets, now gains a public space, presided by the blinded door of the previous temple of the XV century. 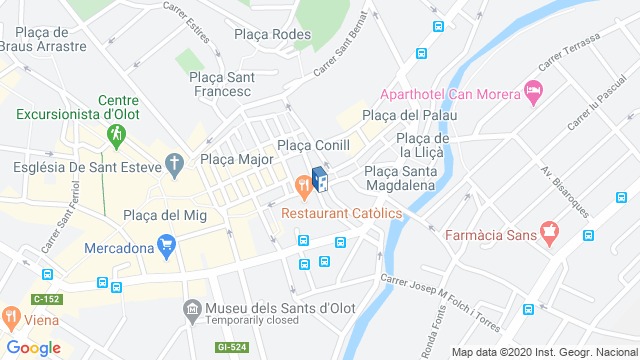 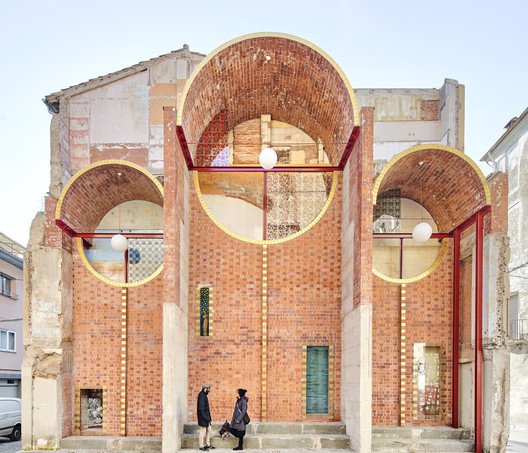