Paulo Mendes da Rocha will be remembered for the great formative role he had. His architectural creation debated life above all, raising questions and challenging ready ideas and conformity. He consolidated an influence short of language or aesthetics, formed mainly by the way of acting and thinking, in which each project was an opportunity for transformation. His ideas and designs overflowed the limits of the program, place and materiality, always bringing a new point of view to achieve revolutionary simplicity.

Born in Vitória, Espírito Santo, Brazil in 1928, he moved to São Paulo as a young man, where he graduated from FAU-Mackenzie in 1954. In a few years of operation, he managed to consolidate a body of works, especially residential ones, of great quality, where concrete materiality prevails. His career has always been linked to the teaching of architecture. He was a professor of design at FAU-USP from 1961 to 1999.

A referent in modern and contemporary architecture during his studies at Mackenzie University in São Paulo, Paulo Mendes formed, together with other colleagues, a group interested in modern architecture, which ended up influencing his first major project, years later: the Ginásio do Clube Atlético Paulistano (Paulistano Athletic Club Gymnasium).

Between 1961 and 1969, he was a professor at the Faculty of Architecture and Urbanism at USP, being impeached by the military dictatorship in Brazil because of his stance on the social role that architects should have. Interestingly, that same year, Paulo Mendes da Rocha won the competition for the Brazilian Pavilion at Expo'70 in Osaka, in a team alongside Jorge Caron, Júlio Katinsky, and Ruy Ohtake. In 1980 he returned as a professor of Architectural Design at the same Faculty, where he remained until 1999, the year he retired.

In 2001, he received the II Mies van der Rohe Award for Latin American architecture for his project at the Pinacoteca de São Paulo, an important neoclassical building intervention. In 2006 he received the Pritzker Prize for the trajectory of his work. Ten years later, in 2016, he is recognized with two more awards at the highest level of world architecture: the Golden Lion at the Venice Biennale and the Praemium Imperiale Award. In 2017 he was awarded the RIBA Gold Medal. And in 2021 he was awarded the Gold Medal of the International Union of Architects.

Today, the collection from the architect, about 8,800 elements related to 320 projects, is hosted at the Casa da Arquitectura, a Portuguese institution based in Matosinhos that preserves and disseminates architectural documentation. 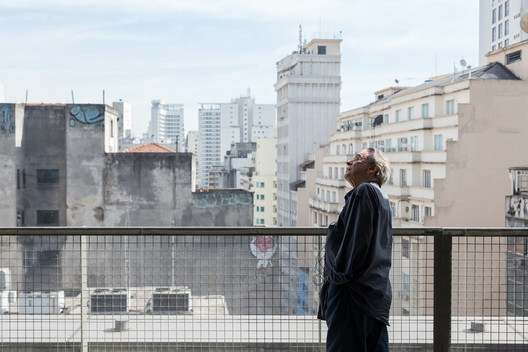