- Do you know who I'm presenting the conference with this afternoon?
- Of course I do. Paulo, one of the best architects in Brazil.
- For me, the best worldwide.

I heard by chance this conversation between Eduardo Souto de Moura, 2011 Pritzker Prize, and Joanna Helm, our Content Director from ArchDaily Brazil, in the gardens of Ibirapuera Park, as I waited to enter the auditorium for the activities of X Ibero-American Architecture and Urbanism Biennial (X BIAU). In that same afternoon, a small crowd occupied all the seats to watch and hear Souto de Moura and Paulo Mendes da Rocha sharing the stage.

Paulo Mendes da Rocha turns 88 today and 2016 has been what one can call an enviable year for him, at least in his professional life. This year alone, he was awarded three major international architecture prizes: the Golden Lion for Lifetime Achievement of La Biennale di Venezia, The Praemium Imperiale of the Japan Art Association, and the RIBA Gold Medal 2017. Besides that (as if it wasn’t enough), Paulo Mendes da Rocha has already been awarded the Lifetime Achievement Prize in the first Ibero-American Architecture and Urbanism Biennial in 1998, the Mies van der Rohe Award for Latin-American Architecture in 1999 (for his project for the Brazilian Sculpture Museum – MuBE) and 2000 (a retrofit project for the Pinacoteca de São Paulo), and, perhaps, the most important, the Pritzker Architecture Prize in 2006.

Although Paulo’s shelf of trophies and medals is beginning to run out of space, his daily life has seen little change. The same office, the same room, the same clothes even his humanistic ideas have not changed. In several interviews, that he has participated in the last few years we can clearly see his ideals of architecture and city. “Nonsense”, “absurd” and “aimlessness” are often the words related to the importance given to cars in the public space and submission of urban space to capital, unfortunate aspects of almost every contemporary city and specially aggressive in São Paulo, a city where we can find some of Mendes da Rocha’s most famous works.

Rambling at length in several interviews, Paulo is emphatic when he says “we know what we don’t want to do.” Sixty-two years on the road of architecture may be enough for him to be sure about what he does not want, or what he must avoid with his architecture. But, what does Paulo want, after all? Open to unpredictability and singularities of context, he does not respond accurately.

But he does give hints. Hints that can be found in the series of interviews, articles and news below on Paulo Mendes da Rocha, our Golden Lion.

Paulo Mendes da Rocha: "Architecture Does Not Desire to Be Functional; It Wants to Be Opportune" 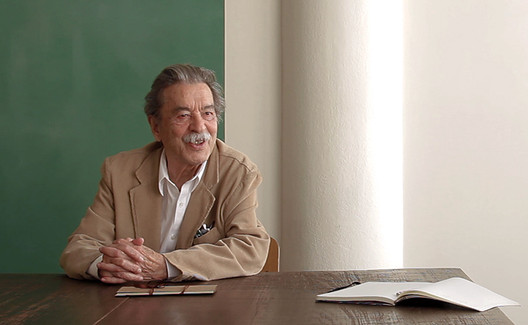