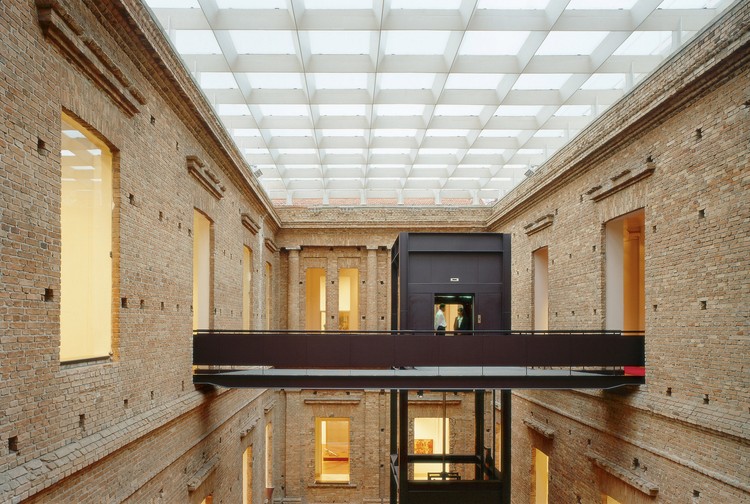 Text description provided by the architects. Built in the last decade of the nineteenth century to house the Lyceum of Arts and Crafts has never been fully completed. As early as November 1905, the first works of adaptation were executed, still under the plan and direction of the architect Ramos de Azevedo, to receive the first collection of paintings belonging to the State and which became the Pinacoteca.

Since then, the building began to receive diverse types of occupation and all sorts of absurd abuse and neglect, from the inclusion of an intermediate floor in an entire wing, to house a school with thousands of students, to the unavoidable transformations of the surroundings, disengaging its implantation, when they should be careful about their peculiar architecture. The building itself has also suffered damage, because of the waters, the state of the roofs, gutters and clogs of the pluvial waters.

The America of navigation, found as proof of the shape of the Earth, arises, for man, as the inauguration of the awareness of its presence in the universe and of the hope in the invention and the transformation promoted by modernity. In the work of the Pinacoteca building, two operations marked, in a fundamental way, its transformation. At first, the rotation of the main axis of visitation, achieved thanks to the subtle maneuver of crossing, with bridges, the empty spaces of the inner courtyards, that changes the implantation of the building and its relationship with the city. This maneuver, inside the building, shows the virtue of architecture in its extension to urban space, its narration power - peculiar language of a form of historical knowledge of humanity. Experience.

The first stage of the work was a general survey, with details, of the construction in the state in which it was and the establishment of a functional program. A basic study, an integral proposal, was drafted, which was approved by the competent agencies.

The main aim of the work was the adequacy of the building to the technical and functional needs, to definitively receive the Pinacoteca do Estado, whose functional profile was perfectly delineated by its urban location, the internal spaces, the potential public and by the idea of expansion of the collection, reception of temporary exhibitions and provision of the building for all necessary infrastructure.

The project sought to solve the problems detected in the diagnosis of the building: moisture that gradually degrade the robust masonry walls of mud bricks; the complicated distribution of the exhibition areas scattered in many rooms and structured from the internal voids conformed by a central roundabout in octagonal form and two lateral courtyards and, still, the access plan, compromised by the urban transformations occurred in the surrounding areas of the building.

The internal voids were covered by flat skylights, made of steel profiles and laminated glass. Rain was prevented and ventilation was ensured by reproducing the original breathing conditions of all indoor rooms. At the same time, it made possible a new use of these spaces: on the floor level, triple ceiling height halls, which allow a new articulation between all functions, free from the original rigid floor plans; in the upper floors metallic footbridges were installed, overcoming the voids of the side patios; in the central void, the auditorium was built, whose covering, on the first floor, became a monumental hall that articulates, together with the footbridges, practically without barriers, through the longitudinal and transverse axes of the building, all of its spaces. In a side patio, a large elevator was installed for the public and montages.

The windows of the internal facades could be removed and its open spans kept, generating a great transparency and highlighting the thick self-supporting walls of brick.

In this way, a new spatiality was created throughout the Pinacoteca: in the succession of spaces, in the visitor’s flow, in luminosity, produced or reproduced with the projected architectural resources.

With the new circulation via the longitudinal axis of the building, interconnecting the two lateral balconies, and since the building is on a corner, the entrance of the museum was transferred to the front of the Praça da Luz, on the south face, changing their location in relation to the city. It is important to note the important use of the balconies as reception spaces, a vestibular area still external, but sheltered and equipped with services to the public. The inconvenient narrowing between the building and Tiradentes Avenue was also corrected. The access, now possible from an ample retreat in relation to the Praça da Luz, wide and continuous external space, sets up an interesting dialogue with the beautiful building of the Estação da Luz and the animation provided by the subway and the Park next door.

When designing a new circulation axis and changing access, the project created a terrace / belvedere at the site of the old entrance, an outdoor and open seating area that allows the view of the nearby urban landscape.

The original construction was kept as found, including the marks of the old scaffolding and those of earlier occupations and interventions. All the interventions proposed by the project were juxtaposed and made evident.

The exterior facades have been preserved as they have been preserved in these 100 years of building existence. Its brickwork is a strong and marked image in the city. The solution was to clean and neutralize aggressive agents accumulated by pollution, to keep the innumerable meanders of the ornaments carved in the bricks, very worn, and chemically properly protect, keeping color and texture.

As for the materials used, steel was the main building material adopted. It is present on the footbridges, elevators, parapets, new stairs, structures of new floors and roofs, frames and linings. Its use was due to its better adaptation to local conditions of execution, its lightness (material and design) and to set up an interesting and desirable dialogue with the original construction between the new and the old.

Complementing the adequacy of the building to the necessary technical and infrastructure conditions in the adequate performance of the museum function, some priority works were carried out: the structural reinforcement of the original wood floors through Grade beam; complementary with steel profiles; climatization system in the areas of Temporary Exhibitions, Collection Deposit, Auditorium, Restoration Laboratory; elevators for assemblies and public; control and security system; signaling; power grid with adequate load capacity; expansions of the areas of the Collection Deposit, Restoration Laboratory and Library; creation of the Café and Restaurant. 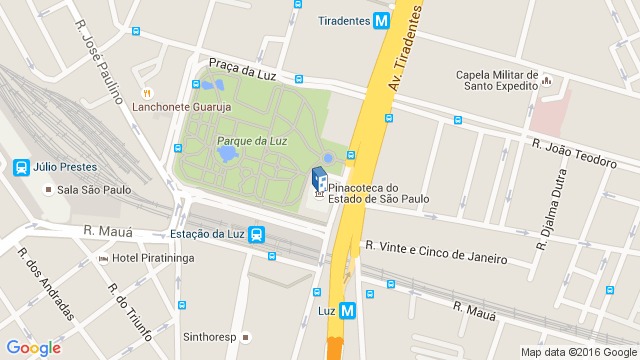 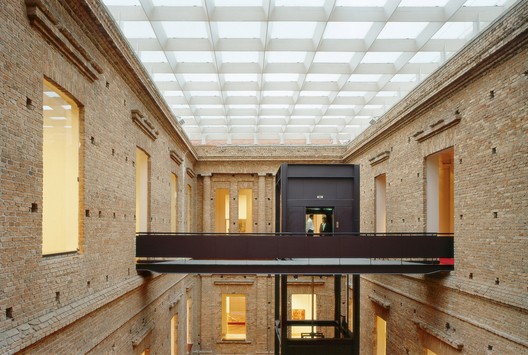