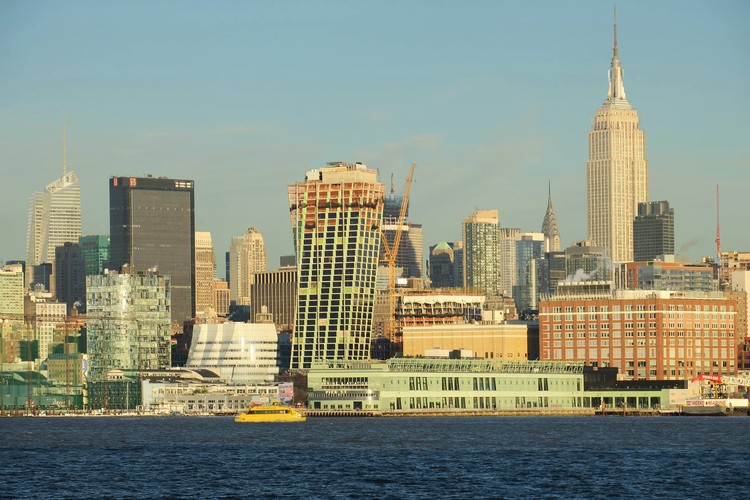 The Eleventh will span the entire block between 17th and 18th streets and 10th and 11th avenues. The towers will house a total of 236 residences as well as the “Six Senses New York” Spa Hotel.

Since its unveiling in November 2015, the scheme has gone through multiple iterations, before a final approved scheme began construction in 2017. The towers are expected to be completed later in 2019.

Last month, BIG revealed images of its plans for King Street West in Toronto, formed as sets of pixels extruded upwards to create space for housing, retail, and boutique offices. Meanwhile, the firm’s “urban tree farm” is set to become their first building in South America, rising above the dense city of Quito, Ecuador.

It was an early morning in Chelsea, and men in suits were standing around the street, ushering in guests into a dark, 12,000 square-foot exhibition space at the XI gallery. Inside, the room was lit by a centerpiece installation of the New York City skyline, sprawling upwards towards the ceiling with its reflection.