All
Projects
Products
Events
Competitions
Save
Art Will Save Architecture, According to Steven Holl
Share
Or
Copy

Award-winning architect Steven Holl has expressed his dismay of modern-day architecture to Metropolis Magazine. Although Steven Holl Architects (SHA) have recently won the design competition of a gateway building at University College Dublin, and have completed new buildings in London, Houston, Virginia, and Richmond this past year only, the architect is convinced that regardless of all the success, “it’s not a great moment, there are a lot of bad architects”.

According to Holl, design is not what it once was, as it lacks strength and discipline. Architects are no longer concerning themselves with space, instead they are invested in functionality and programs. His undying devotion to forms of art and traditional architecture practice is reflective in his studios and workflow. His offices are often swamped with models and sketches, inducing the same technique onto the architects and designers at his firm. A project begins with a series of watercolor sketches and is developed into a series of 3D models. This is when, according to the architect, you begin to develop the program and discover what it is ought to be, opposite to how people tend to practice architecture today.

For over forty years, the architect has created structures based on the possibilities of experimenting with the complexities of geometry and transforming them into volumes and spaces. His approach has influenced his partners and wife to have the same design strategy, thinking of architecture as an art project, rather than a program or function. Holl has extended his design strategy to his New York premises, the ‘T-Space’ residency, where he implemented small houses, art galleries, and sculptures on a vast landscape. The ‘T-Space’ helped Holl capture the glory of his youth in New York City, when MoMA was as its peak, having a new exhibition every month, and bookstores and galleries were always around the corners of city. “My God, it was so inspiring, and now it’s so not”, declares the architect.

Share
Or
Copy
About this author
Dima Stouhi
Author
••• 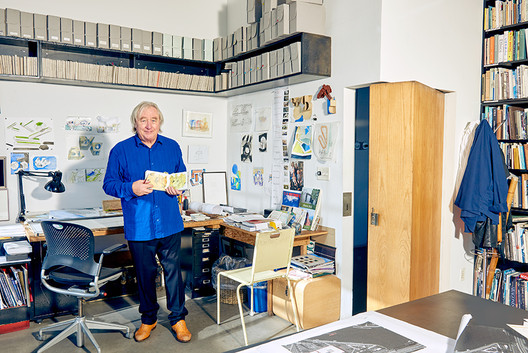