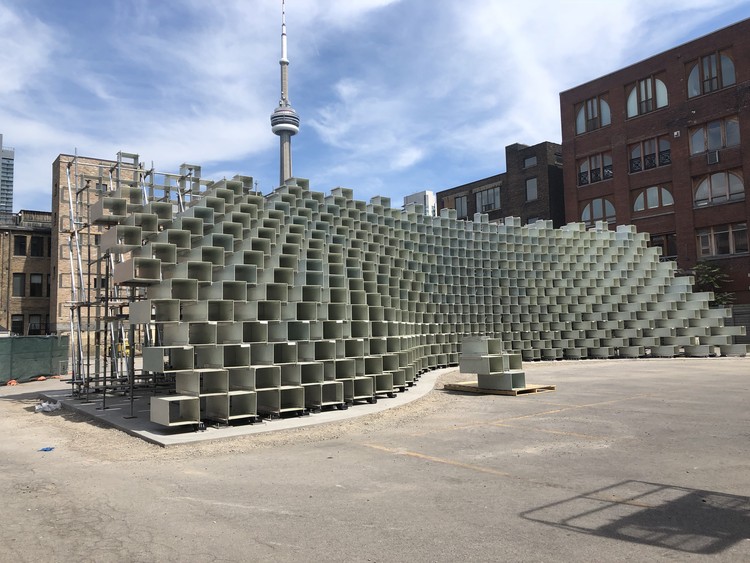 BIG’s 2016 Serpentine Pavilion “unzipped wall” played on one of the most basic elements of architecture: the brick wall. Over 1800 extruded fiberglass blocks were stacked on top of each other, parting to form an “unzipped” entrance to an interior cavern. While open in Hyde Park from June to October 2016, the pavilion attracted a record number of visits.

Since its dismantlement, the pavilion has been re-assembled to Toronto, where it will form the centerpiece for a new exhibition entitled “Unzipped.” The 46-foot (14-meter)-high and 88-foot (27-meter)-long pavilion will serve as an architectural showcase during the day, before becoming a “destination for unique programming, dialogue, and events” by night.

Meanwhile, over 2000 miles (3300 kilometers) away, on the other side of Canada, the 500-foot (150-meter)-high Vancouver House has topped out in the downtown area. Designed by BIG and local architect DIALOG, and developed by Westbank, the landmark scheme is defined by a striking silhouette expanding upwards from a triangular base to a rectangular tower.

Set to become one of Vancouver’s tallest buildings, the scheme has been described as “one of the world’s most technologically advanced high-rise residential buildings and first LEED Platinum-certified residential towers.” Aside from 480 residential units, the scheme will feature base levels activated by a farmer’s market, restaurants, pop-up shops, and creative workspace.

Vancouver House is expected to open in 2019. Meanwhile, “Unzipped” will be open to the public from September to November 2018. 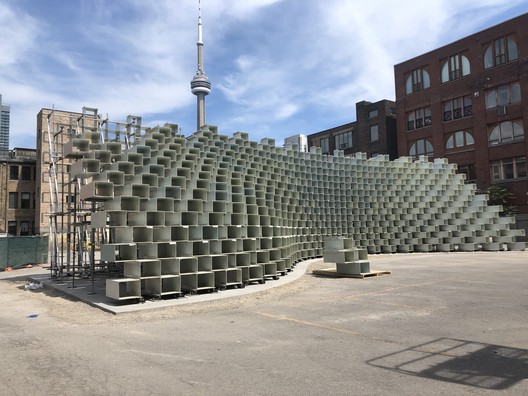