All
Projects
Products
Events
Competitions
Save
Look Inside a Collection of Dutch Architecture Offices, Photographed by Marc Goodwin
Share
Or
Copy

Having previously assembled sets of images featuring the offices of architecture firms in Dubai, London, Paris, Beijing, Shanghai, Seoul, the Nordic countries, and Barcelona, architectural photographer Marc Goodwin continues the series with an exploration of 17 large and small offices in the Netherlands. Occupying buildings formerly used as offices, banks and old factories, the interior and exterior images capture a glimpse of the lives of these designers and their daily architectural surroundings.

The Office for Metropolitan Architecture 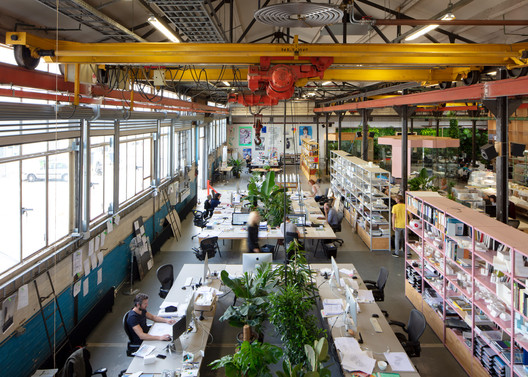