Save
Soar over Paris, Madrid, Mexico City and More With These Incredible 360-Degree Panoramas
Share
Or
Copy

As Carvajal mentioned in an interview with ArchDaily, images in 360 degrees "allow the viewer to dive into an attractive and interesting 'virtual world' to experience immersive sensations". Of course, with the new surge in popularity these types of pictures have experienced with the hardware becoming more readily available and these images being shared more and more every day through Facebook, Carvajal's work reaches new levels, allowing thousands of people to see the world from above.

Below, we invite you to see his best shots of iconic buildings and landscapes around the world. For a complete experience, we recommend using Google Cardboard.

Carvajal suggests that the impact of 360-degree photography "is becoming more and more important thanks to the hardware that is becoming part of people’s everyday lives. Hardware such as virtual reality glasses, cell phone incorporating a gyroscope, tablets ... but also to new cameras that allow virtual reality with little effort, capturing scenes spherically. For example, Ricoh Theta, the Samsung Gear 360, the Nikon KeyMission, among others."

When asked about his favorite shot, Carvajal explains:

It's so hard and I don’t know how to choose between the photo that I titled "The last view of King Kong," which represents the final view that King Kong had from the Empire State Building in New York, or the photograph of Caño Cristales, my favorite place in Colombia, where a river of colors, especially red can be seen. I do not know! I'll take both! 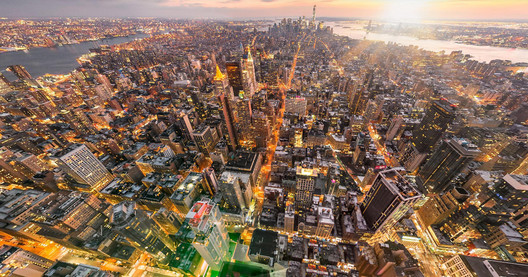