In a recent interview with the BBC, Rem Koolhaas (OMA) has spoken out against the campaign seeking to remove the United Kingdom from the European Union, upon which the British people will vote in a referendum next week. Reflecting on his time spent at London's Architectural Association (AA) in the 1960s and '70s, Koolhaas fears that advocates for withdrawal may be looking at the past through rose-colored glasses.

If you look at the arguments to leave you can see this is a movement of people who want to fundamentally change England back into the way it supposedly was before.

Instead, Koolhaas explains, before entering the EU in 1973 the United Kingdom was a "world of pea soup and a complete absence of coffee." Joining the EU injected both the AA and the country as a whole with a rush of new cultures. “The school was unbelievably English," he continued. When he returned around eight years later, the school was staffed by people from Germany, Czechoslovakia, and France. "It had completely transformed. I think that that moment of transformation was something that on a bigger scale happened to England as a whole. It opened up itself, helping to modernize the whole of English mentality, the whole of English civilization."

A long time supporter of the European Union (EU), Koolhaas also has professional ties to the situation and the ideas behind what is at stake. In the early 2000s the research division of his firm, AMO, worked extensively with the EU to develop new identity and branding strategies. These collaborations resulted in a new “Barcode Flag,” which featured a complex arrangement of colors from the flags of each member state and a set of panoramic murals expressing the evolution of the continent. Trusting in the enormous potential of the union, OMA*AMO had hoped the project would result in an EU that would be seen as "bold, explicit, popular."

There is much more at stake, I think, than simply being in or out.

NewsArchitecture NewsEuropean UnionEUArchitectural AssociationEuropeRem KoolhaasAMOHollandOMAUKThe Netherlands
Cite: Patrick Lynch. ""There is Much More at Stake Than Simply Being In or Out" – Rem Koolhaas Speaks Out Over a Potential EU 'Brexit'" 17 Jun 2016. ArchDaily. Accessed . <https://www.archdaily.com/789715/rem-koolhaas-oma-amo-speaks-out-for-uk-to-remain-in-eu-brexit> ISSN 0719-8884 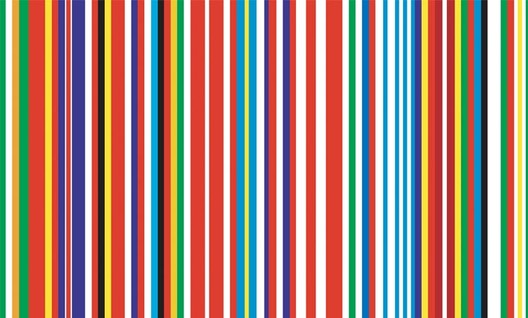