Save
AD Interviews: Keith Griffiths, Chairman of Aedas, on Appoaching Densification in London
Share
Or
Copy

Following the recent announcement of Aedas' demerger into two separate companies - one retaining the Aedas name and the other now known as AHR - we spoke to Keith Griffiths, Chairman of Aedas' global board and a practicing architect for close to three decades. The company, which was recently ranked by the Architects' Journal as the 5th largest and most influential practice in the world, have now moved their head office to London's Chandos Place and are championing a new approach to urban regeneration in the UK's capital. Alongside discussing how an international practice of Aedas' scale successfully operates, Griffiths offered his insight into how the future looks for European cities based on a tried and tested Asian model of densification.

To find out how Aedas approach sustainability in flourishing Asian markets, as well as the significance of the 'urban hub' typology for London's metropolitan future, read the interview in full after the break. 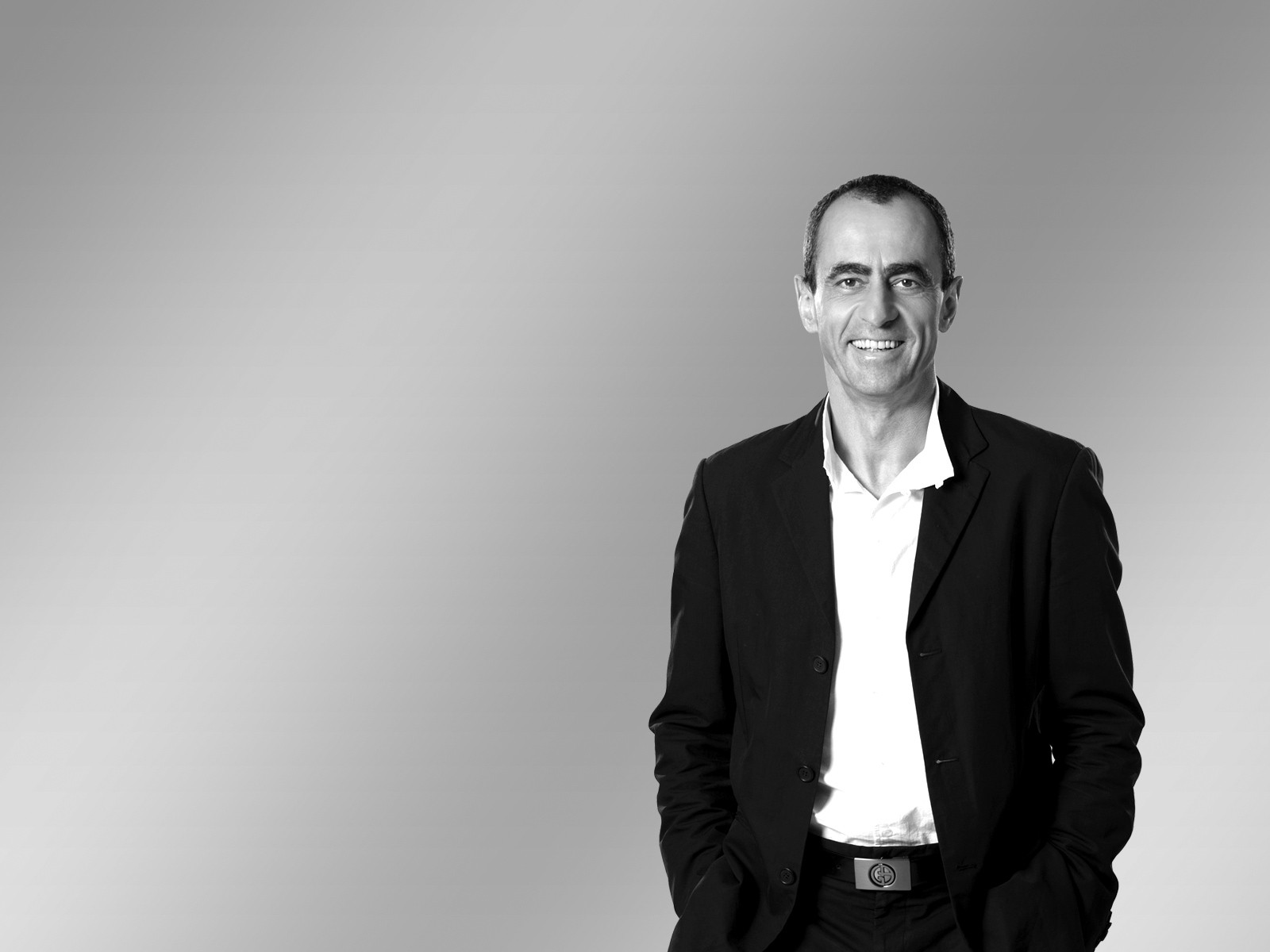 AD: How does Aedas operate and what is the significance of your new London headquarters?

As opposed to harvesting work and taking it back to headquarters, we move our designers to offices that we establish in the cities in which we are going to build. That’s why we have a spread of offices in many different key cities throughout the world: we want to be present and firmly embedded in those cities. We invest in the local people, train the local people, and get involved with local universities. Not only that, but we also have ownership on a local level too - for every office we have owners and partners in the company physically present so that our clients are dealing with truly incentivised, caring people.

We want our new London office to carry out large scale urbanisation work alongside large scale projects. We believe that we have a very unique take on densification and urbanisation because we've been practicing it for many years in growing cities in Asia. As developers from this continent are now moving into the European marketplace, we are following them.

Many of our existing clients are significant investors to major projects in Europe - London in particular. We believe that they bring a refreshing new attitude to development in the city - in particular our mixed commercial residential developments - where densification creates an 'urban hub'. I believe strongly that London’s densification program will not be won by ubiquitous high rise across the entire urban network of the city but that rather, at key nodal points suitable for densification, we will find similar types of mixed commercial residential developments as one currently sees in Asia and beyond. We’ll see less of the separated towers coming down to streetscapes and more towers knitted and integrated together into transport oriented developments.

AD: Aedas has undoubtedly seen enormous success in places where markets are just starting to flourish. Would you say that scale and success go hand in hand?

Definitely not. We have been extremely successful in the emerging market because we’re very committed to understanding the unique problems in each city that we work. When we went into the Middle East ten years ago we were unheard of; Andrew Bromberg (who recently designed The Star in Singapore) went in there first and his evident commitment to understanding what the developers wanted led to a series of commissions. From that series of commissions we then picked up forty seven stations for the Dubai Metro. It was through an understanding of what Dubai wanted that we achieved the work.

AD: With a practice of Aedas’ scale, even following the demerger, how do you maintain consistency across the board in terms of design and service?

We are very proud that our designs are diverse because that proves that we are designing uniquely for every condition, every city, and every developer. If there is any indication of a ‘house style’ I would be extremely nervous that we’re not meeting the requirements of each and every project. Rather than maintain consistency, we try to maintain a consistently high standard.

There are several methods that we put in place to achieve this. In order to stitch itself together, a large organisation like Aedas uses the internet and IT capability a lot. We have a continuous electronic critiquing process going on within the company; designs are always available to be viewed on our e-office system which means that we’re completely open.

In addition, not only does every project have a Design Director but it also has a design 'buddy' - and they work hand in glove. You therefore have two teams of between twenty and thirty people working on a project at any one time: one in the lead role and one in the ‘buddy’ role.

Most importantly, the designers are constantly travelling. It’s wonderful because that means that in any given month there’s a different designer in each office, all looking at what their fellow designers are up to and commenting on each other’s work.

AD: With such a vast vision of densification, how does sustainability play in a role in how Aedas approaches the design process?

I know many people will find it difficult to put the words ‘China’ and ‘sustainability’ together given the extent of pollution in China at the moment, but the Chinese government is absolutely committed to sustainable buildings. We have a Research and Development department in Hong Kong which leads our sustainability efforts. For every project we design, the sustainability team is involved from inception - even in competitions.

What’s most important is understanding the approach to sustainability in different countries: use of local materials, manufacturing techniques, and paying attention to local culture. For example, if we just move across the East West axis of China from Shanghai through to Chengdu (which are on the same latitude and all experience the same kind of climate), in Chengdu people live an indoor outdoor lifestyle. In Shanghai, they live an indoor lifestyle, and that impacts the way you can design a set of residential buildings. One needs large balconies and a strong emphasis on the ground scape because it really does get used. In Shanghai, on the other hand, you need to provide a protected environment and you need to pay much more attention to the indoor space and how to protect the air conditioning and conserve energy. One is about insulation and the other is about providing natural air flow - and yet it’s the same climate.

AD: "The realignment of Aedas’ global office network is being made to meet the growing demand for major mixed use high density projects in key regions." How different are these markets - does the migration of the developers simply make it more ubiquitous?

The markets are very, very different. China, for example, is an enormous country where you experience a great deal of variety. Every city and every problem is different, and we experience that across Asia into Europe and within Asia and within Europe. What’s perfectly true to say, however, is that as the world becomes smaller with information technology, so the building types that are required become very different indeed. I think London to a certain extent is mired in a little bit of historical difficulty here; unable to easily encompass new building types.

All of those building types are experienced in Asia because Asia is much more flexible in terms of meeting the needs of its population. A growing city such as Shanghai or Beijing doesn’t have the historical drag net which prevents it providing building types that can respond to its immediate needs. If you’re a businessman in Shanghai you need somewhere to live and work. You perhaps have a loft (bedroom above your workspace). The same goes for retail; you can have three story retail available for sale which can also be lived in. You can have fully fledged shopping centres or half shopping centres which are both open to multiple streets in the air concepts. There are so many different building types which are available and, if you stitch those together into the glue of the mixed commercial residential development, you start to make an urban hub. The key to an urban hub is that, through densification, it regenerates an area of the city. Four, six, eight square kilometres of the city become regenerated because of this small, dense little hub at its centre, and that small dense little hub needs to be a transport interchange.

AD: How do you think this will work in practice when actually you put this to the test in a city like London which is incredibly dense in some places but also has a serious housing and planning problem?

There are certain areas of London which are already being densified. Some of those areas, like Stratford (site for the London 2012 Olympic Park), occurred through compulsory purchase and through a political will; other areas, like Croydon, are happening because there’s a natural push towards that because Westfield (shopping centres) are going in, because there is the strength and ability to do it. Other areas are due to farsighted vision on behalf of the developer.

We do need an overarching vision for London. Where the natural nodes occur needs to be recognised. An analysis of the infrastructural network of London must be done in order to identify these before a number of mechanisms to assist in the instigation of the development of those nodes can be implemented.

I would say it’s possible. How quickly depends on how much the public sector can activate this.

See some of Aedas’ largest projects of recent years on ArchDaily, including: