In the architecture world, few designers can claim to have a more clearly-defined style than Daniel Libeskind (born May 12, 1946). Much of Libeskind's work is instantly recognizable for its angular forms, intersecting planes, and frequent use of diagonally-sliced windows, a style that he has used to great effect in museums and memorials—but which he has equally adapted to conference centers, skyscrapers, and shopping malls. 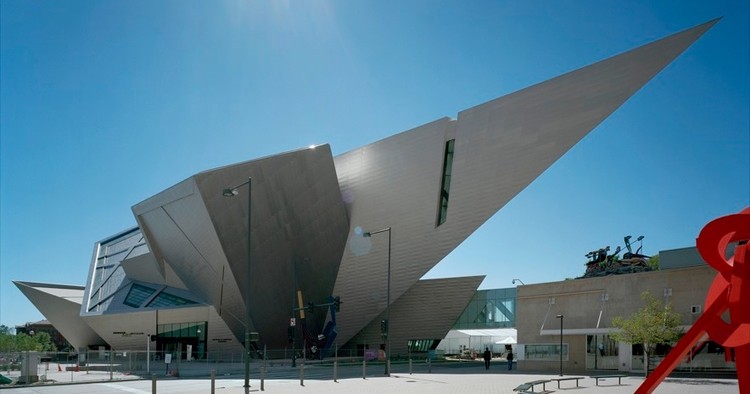 Born in Poland shortly after the end of the second world war, Libeskind's parents were Jewish survivors of the Holocaust. As a child, Libeskind was a talented musician, but after his family moved to New York when he was 13, Libeskind set out on the path toward architecture. He received a degree in architecture from The Cooper Union in 1970 and a postgraduate degree from the School of Comparative Studies at Essex University for History and Theory of Architecture.

In his early career, Libeskind was a theorist and professor, however his career as a practicing architect began in the late 1980s, as he started entering competitions while living in Milan. He finally started his own firm in Germany soon after winning the 1989 competition to design the Jewish Museum in Berlin, which—after a decade-long development period—became a runaway critical success and the platform for a hugely successful career.

Libeskind transferred his firm's headquarters to New York City in 2003, following his appointment as masterplanner for the redeveloped World Trade Center site. Through projects such as these, Libeskind has established himself as one of the world's foremost architects in projects which deal with tragedy and loss. Yet this has not prevented him from finding success in more commercially-driven markets; Libeskind has even established an industrial design studio, Studio Libeskind Design, which has developed products for clients in over ten different countries since 2012.

Besides the Jewish Museum in Berlin and the World Trade Center Masterplan, Libeskind's most well-known projects include the Extension to the Denver Art Museum, his extension to the Royal Ontario Museum and the Imperial War Museum North in Manchester, UK.

See all of Daniel Libeskind's completed projects featured on ArchDaily via the thumbnails below, and further coverage at the links below those:

Daniel Libeskind on Italy, Design, & the State of Architecture Today

Rising from Tragedy: A Conversation with Calatrava, Childs, and Libeskind by Andrew Caruso

Daniel Libeskind On the Poetics of Memory and Time in Architecture

Studio Libeskind's Military Museum Through the Lens of Alexandra Timpau

Video: Daniel Libeskind on the "Jungle" of New York City

Daniel Libeskind on Immigration, New York City, and 'the State of the World' 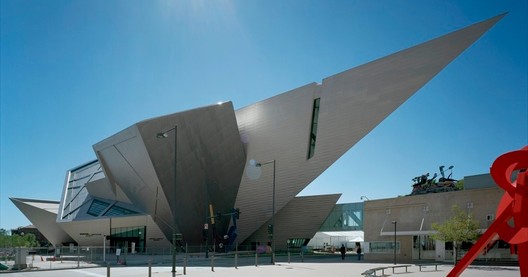