Save
AD Classics: The Museum of Modern Art
Share
Or
Copy 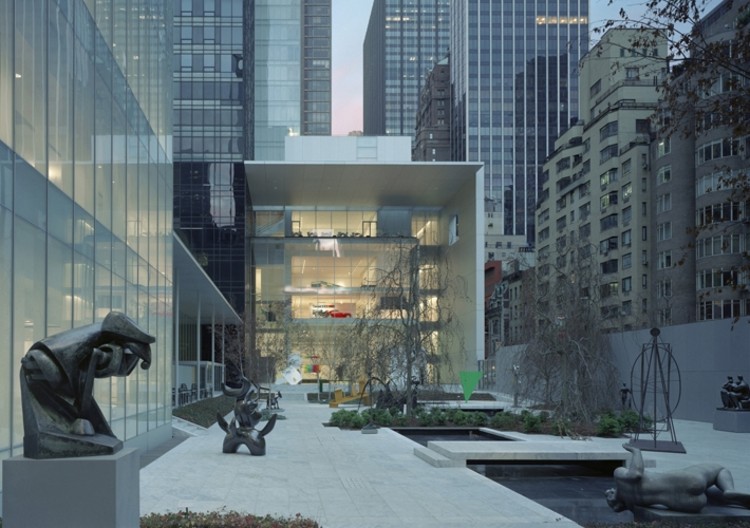 In unifying the Museum’s built form, Taniguchi refined select edges of the building’s history while dissolving others. The original 1939 International Style building was restored, including its white marble facade and piano canopy. Philip Johnson's 1953 Sculpture Garden was also renovated and enlarged. Taniguchi envisioned the garden as the museum's core, providing views from each of the surrounding buildings. Two volumes of equal height frame the east and west ends of the garden, housing the Education and Research Building and main gallery complex, respectively. To the south, a similar palette of thin columns and opaque white glass replaced the first seven stories of Pelli's residential tower. From within the Sculpture Garden, this consistent language allows visitors to understand the complex as a whole. Along 54th Street, the symmetrical volumes are clad in black granite, dark gray glass, and aluminum, linking the site across its full length.

Taniguchi achieved the refined, minimal aesthetic by exacting precision in each detail. The panels on the exterior facades were installed with the least possible tolerance, diminishing the seams to create an apparently continuous surface. Vast panes of glass hang beneath the deep porticoes bounding the Sculpture Garden. To ensure the glass would not deflect as the museum filled with visitors, the curtain walls were freed from the floor structure. Steel mullions were chosen over the standard aluminum to allow a thinner profile of sufficient strength.

Taniguchi’s solution mediates between the chaos of the city and an environment for viewing art. The Museum represents a microcosm of Manhattan, with buildings of various character surrounding a central garden. The main lobby extends from the 53rd Street entrance to the Sculpture Garden along 54th, creating a porous transition between the interior and its urban context. While moving through the galleries, visitors encounter unexpected views of New York’s streets and skyline. Though the classic, white box galleries are typical of many contemporary museums, Taniguchi incorporated this system of vistas to reveal the MoMA's unique context.

The original museum prescribed a linear reading of the history of modern art, with each gallery limited to a single entrance. The MoMA’s administrators and architects agreed the expansion should encourage simultaneous and interrelated discoveries, rejecting the idea of a single viewing itinerary. The new galleries can be accessed at any level via a spine of escalators and ancillary stairs, with contemporary art nearest ground level and progressively older works on higher stories. Large, sky-lit space for temporary exhibitions is provided on the top floor. The galleries lack distinct borders, each offering multiple entrance points to neighboring galleries. The 21 ft. high contemporary galleries span 200 ft. to accommodate contemporary art of unanticipated format. The space is free of columns, accomplished by constructing an armature above the eighth story which supports the lower levels.

As visitors move through the lobby toward the Sculpture Garden, they pass beneath the 110 ft. high atrium. Perforations in the galleries and stairways allow visitors to peer into its soaring space, where they appear framed in the white, rectangular apertures. These strategically placed windows lend the atrium a subtle gravity as occupants move through the galleries around it. The space is crossed at each level by bridges leading to the escalator spine and orients visitors within the gallery complex.

The MoMA recently announced plans for another expansion to the west of the current building, directly adjacent to the American Folk Art Museum. It is set to include a 1050 ft. tower designed by Ateliers Jean Nouvel, which will house additional gallery space for the Museum. The MoMA received strong opposition from the architecture and design world after stating it would replace the American Folk Art Museum with a connecting wing to the planned expansion site. The MoMA has since hired Diller Scofidio + Renfro to design the connector and granted the architects time to consider the possibility of integrating the existing American Folk Art Museum. For more on the Museum, check out our interview with Pedro Gadanho, the Curator for Contemporary Architecture at the MoMA. 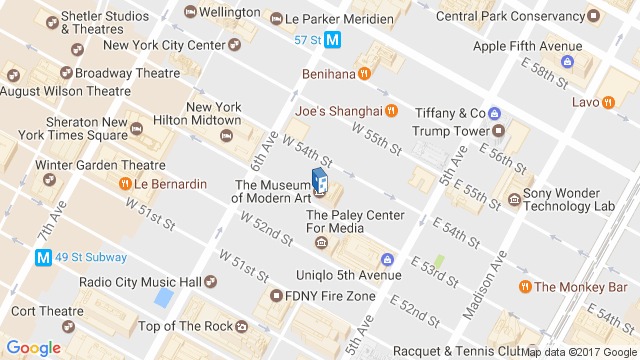 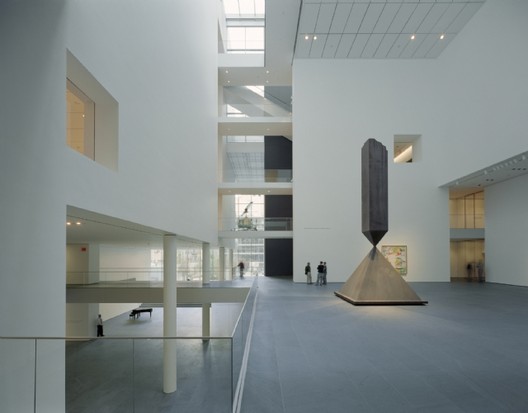