United States Of America: The Latest Architecture and News 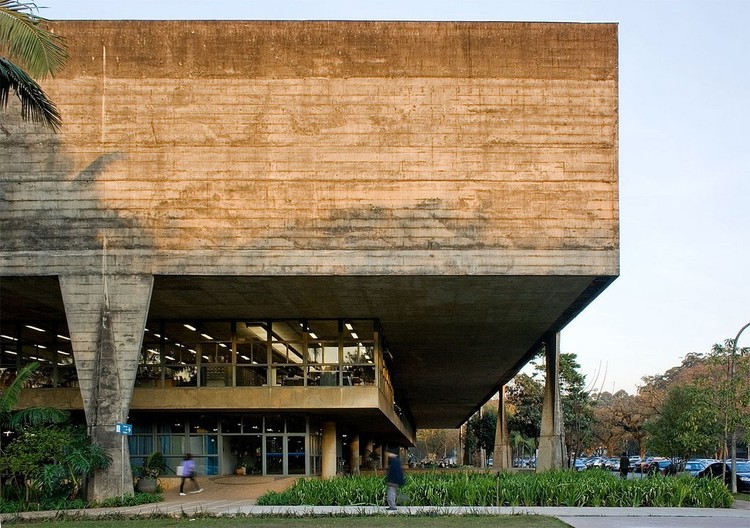 Cities on the Move: What the Experts Predict for the Future of Urban Mobility

In our increasingly urbanized world, everything and everyone has adopted a lifestyle of nomadism. New environmental and social constraints have forced people to have a constant "on-the-go" behavior, so much so that almost everything has acquired wheels, even the buildings. But with the rise of debates like "is humankind being replaced by robots?" and "is technology taking over?", urban mobility has helped give access to housing, healthcare, and education in places with extreme difficult conditions.

To shed the light on globally-thriving mobile activities, the France-based Institut pour Ville en Mouvement, or City on the Move Institute, is an organization that has been addressing the challenges posed by urban mobility and contributing to the emergence of innovative solutions. In a series of short Youtube clips, the organization invited experts in the fields of architecture, urban planning, and technology to share their insights on the future of urban mobility.

The A’ Design Award is an international award whose aim is to provide designers, architects, and innovators from all design fields with a competitive platform to showcase their work and products to a global audience. Among the design world's many awards, the A' Design Award stands out for its exceptional scale and breadth, including over 100 award categories and having honored over 12,000 designers with an award over its 11-year lifetime. 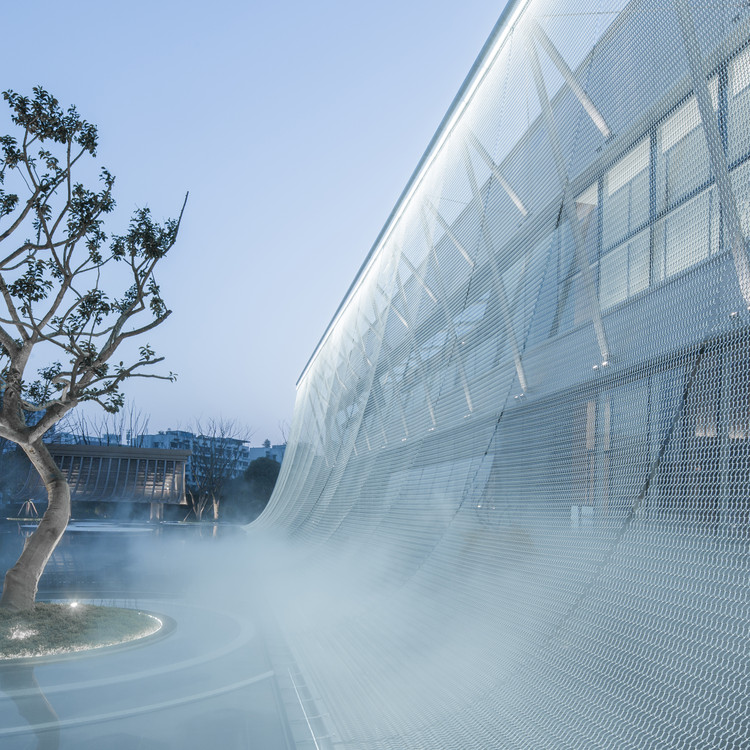 Johns Hopkins University has selected BIG to design its new Student Center, regenerating the heart of its campus and reviving the social experience, from a shortlisted list of 4 offices, after a months-long international competition. Entitled “The Village”, the proposal is an “open, modern, and welcoming facility envisioned as a social engagement hub for all members of the Hopkins community”. 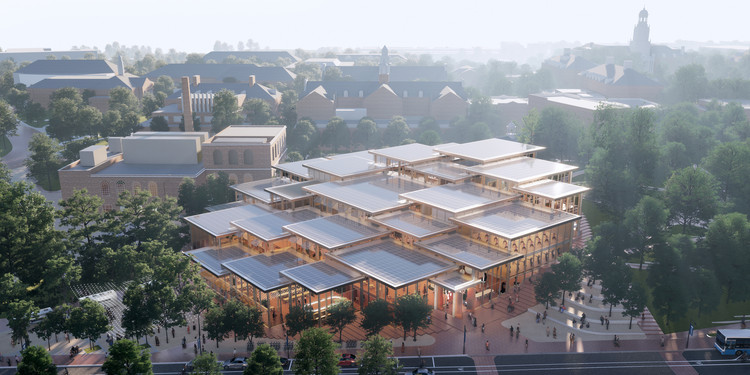 Urban Design in a Time of Anti-Space

In the mid-1990s, when I was an editor at Progressive Architecture, jurors for the magazine’s awards program gave an Urban Design Award to Peterson Littenberg Architects for a plan the small New York firm had devised for then-stagnant Lower Manhattan.

At the time, the southern tip of Manhattan ranked as the third-largest downtown business district in the United States. The tightly packed 1 square mile contained a bevy of venerable buildings, among them the New York Stock Exchange, the former headquarters of J.P. Morgan, and the fortress-like, neo-Renaissance Federal Reserve Bank of New York. Though the vast majority of Americans regarded the district as a powerful financial hub, people close to the scene saw it as a place with grim prospects. More than a quarter of its commercial space stood vacant. Companies were leaving Lower Manhattan for Midtown and more distant locales. Many of the office buildings were regarded as obsolete.

Paul Philippe Cret’s 1937 building for the Federal Reserve Board (FRB)—the Marriner S. Eccles Building—stands as a prime example of neoclassical civic architecture along Washington D.C.’s Constitution Avenue. But the white marble building may have prompted new proposed guidelines around federal architecture, if conversations swirling in meetings of the Commission of Fine Arts are any indication. Plans to renovate and expand the FRB complex—the Eccles Building is joined by the FRB-East Building, designed in 1933 as the US Public Health Service by Cret’s fellow Frenchman Jules Henri de Sibour—are currently under review at the National Capital Planning Commission (NCPC) and the Commission of Fine Arts (CFA). 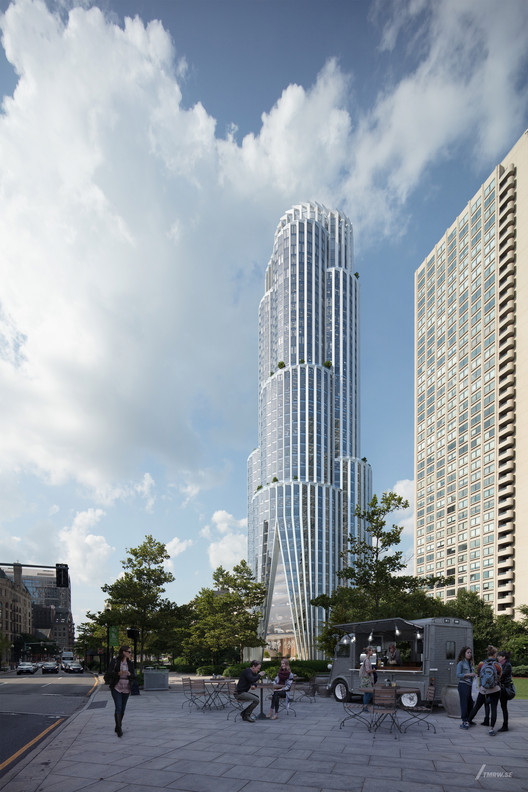 “Mario Botta: The Space Beyond” to be Revealed in NY in mid-October

"Mario Botta: The Space Beyond" is a 78’ architectural documentary on the life journey and works of internationally-acclaimed Swiss architect Mario Botta. The film, which provides a glimpse of the person behind the architect, is co-directed by Loretta Dalpozzo and Michèle Volontè, and produced by Swissbridge Productions.

On the 16th, 17th and 19th of October, the documentary will be screened in New York during the Architecture and Design Film Festival, in the presence of the architect himself and the directors. The film will also be screened during the upcoming Rotterdam Film Festival, Beirut Art Festival, Artecinema film festival (Naples Italy), Milan Deign Film festival, and ADFF in Toronto and Vancouver.

Postcard Pittsburgh: An Urban Renewal of an Underrated American City

The public has often condemned urban renewal, but for the Pennsylvanian city of Pittsburgh, its revival earned a status of "renaissance". In their latest volume of Imagining the Modern: Architecture and Urbanism of Pittsburgh Renaissance, editors Chris Grimley, Michael Kubo, and Rami el Samahy explore the reasons behind the city's congratulatory rebirth.

The annual report of the National Council of Architectural Registration Boards (NCARB) has been published, revealing by numbers, the latest and most reliable statistics regarding licensed architects. The report showcases annual updates on the number of U.S. architects, the time it takes to earn a license, diversity in the profession, and many more topics regarding the practice.

Palladio Film to be Screened in 70 Countries Worldwide

Architect-US: How To Get a Job at a Top US Architecture Firm

Looking for a job isn’t fun. It’s nerve-wracking for the applicant and it’s often time-consuming for the potential employer as well. It can be even worse if you’re job-seeking internationally, hoping for a position with a top firm in the United States. For an applicant from another country hoping to make the move to an architecture career in the US, the process can seem overwhelming: rules and regulations, visa issuance processes, and loads of supplementary documentation necessary for immigration.

The Real Reason For the Resurgence of Streetcars in America (Spoiler: It's Not for Transport)

In this six-minute-long video, Vox makes the argument that the primary reason behind the recent resurgence of streetcar systems—or proposals for streetcars, at least—in the USA is not because of their contributions to urban mobility, but instead because of the fact that they drive and sustain economic development. As it uncovers the causes for the popular failure of the streetcar systems in cities such as Washington DC, Atlanta, and Salt Lake City (low speed and limited connectivity, mostly) it asks why an increasing number of American city governments are pushing for streetcars in spite of their dismal record at improving transit. Is it solely due to their positively modern aesthetic? Are streetcars destined to function as mere “attractions” in a city’s urban landscape? Or is the real objective something more complex?

Across industrial North America, many small working class cities are faced with a plethora of abandoned property due to the downfall of the automotive industry. The prolific ruins of the largest abandoned factory in North America, Detroit's Packard Motor Plant, have served as an emblem for dozens of similar plants dotting the landscapes of cities across the continent. In 2010, shortly after the beginning of the global economic crisis, Chrysler closed a sprawling engine factory in Kenosha, Wisconsin. The factory has since been demolished and is now at the beginning of a five-year cleanup. Located adjacent to a densely populated suburban development, the 107-acre property begs the question: what can be done with such a massive piece of land?

In response to Kenosha's Chrysler problem, a team of urbanists, architects and researchers known as Urban Design for Everyone (UD4U) launched a global competition to reinvigorate the former industrial property. Proposals had to take the adjacent neighborhoods into consideration, with the ultimate goal of bridging gaps between disparate communities at opposite ends of the property. The winning proposals range widely from a stylized village of housing, to the creation of enormous urban farms, to the construction of an innovation park featuring a series of vast artificial lakes. After receiving 43 entries from 17 countries, a jury of local architects selected three exceptional proposals and five honorable mentions. Find out what the teams proposed after the break.

The Miami Design District, an 18 square-block neighborhood between Miami’s downtown and South Beach, has announced that the facade of its new mixed-use retail building will be designed by Sou Fujimoto. The two-floor, 17,000 square foot structure, which will feature "an elongated series of glass fins extending from the rooftop down to the open courtyard," will create unique pedestrian arcades covered by a "structural waterfall."

The Miami Design District, owned by Miami Design District Associates, aims to combine commerce with high-quality design, fashion, art and architecture, and has chosen Fujimoto on the merit of his past award-winning works, from House N in Tokyo, to the Musashino Art University & Library, to - most recently - his design of the Serpentine Gallery Pavilion in London.