Gatti chose not to pursue a linear narrative in the film, instead moving between still shots of Palladian villas, interviews with scholars, and discussions with architecture students at Yale and Columbia Universities. Though born in Padua, Italy, Andrea Palladio’s influence in America was so great that in 2010, the United States Congress declared him the “Father of American Architecture.” The students, however, also discuss the complicated implications and symbolism of American Palladianism with its ties to both slavery and democracy throughout the country’s history.

Filming locations also include Villa Malcontenta in the Veneto region of Italy and “Palladio” is said to retain its focus on architecture as the overarching theme. Traveling from Palladio’s Roman inspirations through the late Renaissance, the film investigates the social and political implications of his work as well as undertaking an architectural analysis of the buildings’ proportions and materials. To bring this historical subject into a modern context, Gatti also addresses architectural conservation and the realities of living in a Palladian villa today.

You can watch the trailer for "Palladio" below. 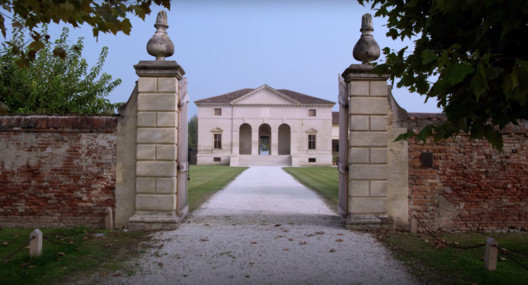