Oualalou+Choi: The Latest Architecture and News 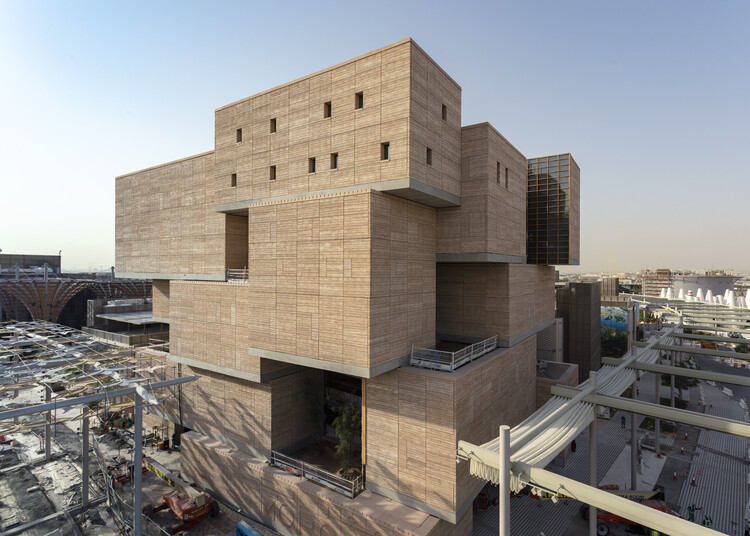 The Moroccan Pavilion at the 2020 Expo in Dubai explores traditional Moroccan architecture and how it can be reimagined in contemporary construction techniques and urban developments. The pavilion is designed by architects OUALALOU+CHOI, and will display a first-of-its-kind structure with a 4000 m² rammed earth facade, pushing the boundaries of the material and exploring its full potential. 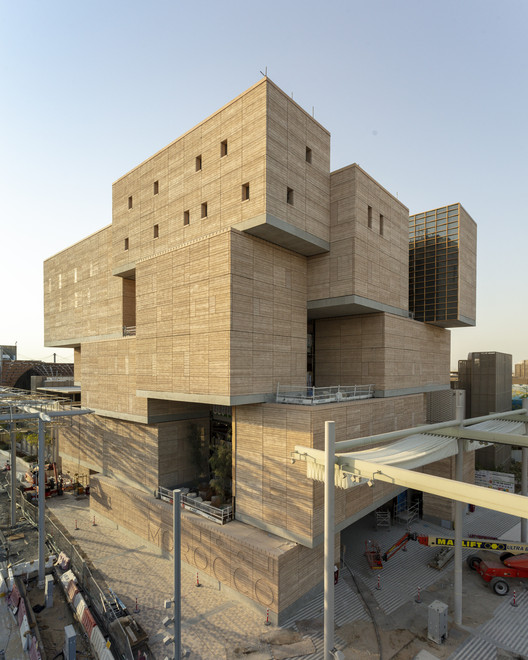 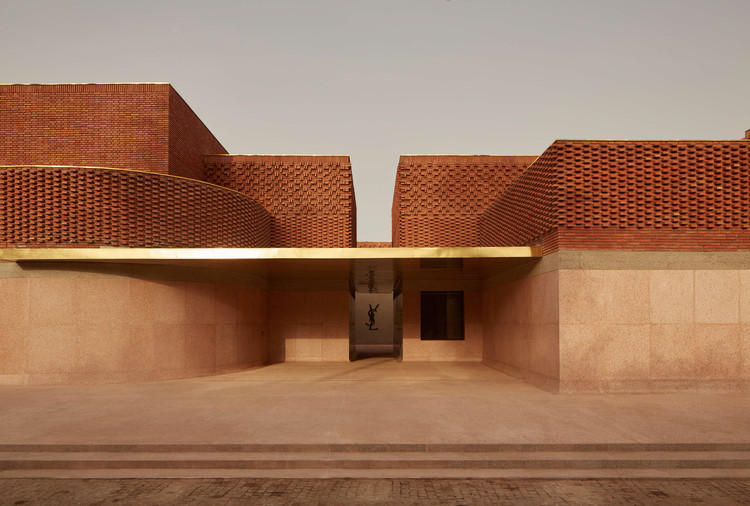 Territory Without Ground: Designing in the Sahara Desert

In conjunction with the Contemporary Morocco exhibit (Le Maroc Contemporain) at the Jean Nouvel-designed Institut du Monde Arabe in Paris, a giant tent has been constructed on the plaza in front of the building. Designed by Tarik Oualalou and Linna Choi of OUALALOU+CHOI, the tent harmonizes contemporary design and technical innovation with traditional fabrication methods. Constructed from more than 650-square-meters of camel and goat wool woven by female cooperatives in the Saharan desert, the tent serves as an urban landmark and a symbol for the Contemporary Morocco exhibit. The rhythm and scale of the tent’s silhouette renders a topographic dimension to the structure which pays homage to the nomadic traditions of southern Morocco.

"Inhabiting the Desert" Since 1914: Morocco at the 2014 Venice Biennale

The hill of Montabo looms over the city of Cayenne and provides a dramatic backdrop for an architectural project which addresses the raw and unremitting power of nature. The winning competition entry by OUALALOU + CHOI derives from a dual strategy to conserve the natural environment and to protect the building from an undesirable degree of the jungle’s encroachment. The project preserves as much of the natural hilltop as possible, transforming it into a public space by creating a park at the crown of the hill. Thus, the highest point in the city becomes a part of the public realm. More images and architects’ description after the break.