15 Eye-Popping Projects That Don't Apologize For Using Color: Photos of the Week

This week, colorful projects are here to steal the show. Few architects have dared to use color in their works, however, when done so the results can be incredible. Here is a selection of 15 images from prominent photographers such as Gregori Civera, Julien Lanoo and Subliminal Image that show us the huge potential of color. 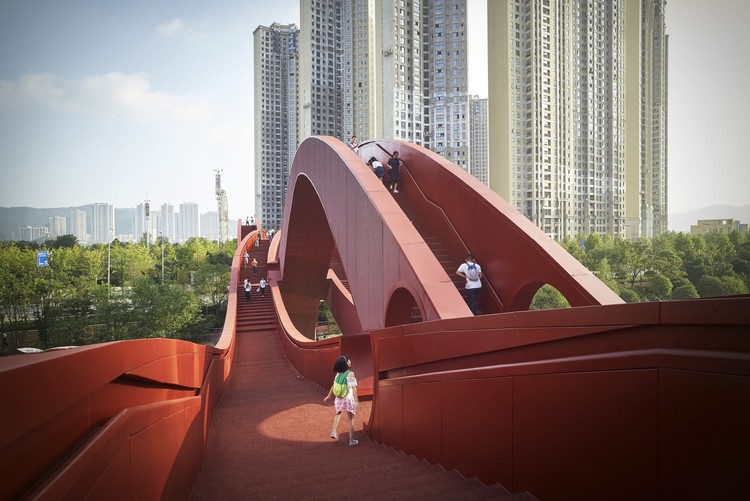 Sir Peter Cook and Gavin Robotham’s CRAB Studio has revealed the design of a new Innovation Studio being constructed at the Arts University Bournemouth in Poole, England.

A conceptual successor to the blue Drawing Studio completed by CRAB on the university campus in 2016, the Innovation Studio will serve a larger program – a space for small start-ups led by recent graduates to develop with support from business experts within the university and from across the globe. 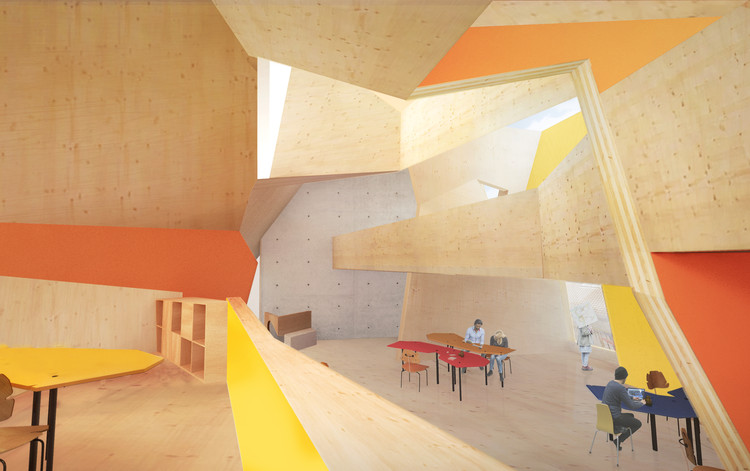 Peter Cook's Advice For Young Architects: "Get Out and Look!"

The legendary, ever-insightful Sir Peter Cook recently shared some advice for students with Det Kongelige Danske Kunstakademis Skoler for Arkitektur, Design og Konservering (KADK). Recommending ideas such as studying at two or more schools, working in at least two countries, and getting outside and simply watching people, it is clear that the key component to Sir Cook's suggestions for self-improvement as an architect is a diverse and engaged set of personal experiences. ArchDaily has also had a few opportunities to speak with Sir Cook, and just as we see in the video below, his passion and good will always shine.

The Bartlett School of Architecture, UCL, is celebrating the opening of its new building at 22 Gordon Street with an exhibition of work by visionary architect Sir Peter Cook. Running from 23 February to 10 March 2017, the exhibition marks Sir Peter’s 80th year with a celebration of 80 of his inspired and pioneering projects.

Last week ArchDaily attended the 2016 World Architecture Festival in Berlin. We chatted with Sir Peter Cook and asked him about the current state of global affairs (Brexit, the US election, etc). He explained how his experience and work has influenced a career that has spanned over five decades, and reminds us of the inspiring power of architecture.

Peter Cook: You have to understand that I'm a very particular kind of animal both politically and in my general opinions. I'm what I would call a creative cynic. I'm an old person and I've seen a lot of not very good things happen. On the other hand I was privileged as a child to have free education and free college.

CRAB studio’s Abedian School of Architecture and Clive Wilkinson’s “endless” office table are two of four INSIDE Awards winners announced on day two of the World Festival of Interiors in Singapore. The projects join a complete list of nine category winners, all of which will be considered for the “World Interior of the Year” title.

See what was considered the best creative re-use project, civic center, education and office building after the break.

THIS WAS OUR UTOPIANISM! : An Interview with Peter Cook

In the following interview, which originally appeared in Zawia#01:Utopia (published December 2013), Sir Peter Cook, one of the brilliant minds behind Archigram, sits down with the editors of Zawia to discuss his thoughts on utopia - including why he felt the work of Archigram wasn’t particularly utopian (or even revolutionary) at all.

ZAWIA: It is perhaps difficult to discuss our next volume's theme - “utopia" - without first starting with archigram and the visions that came out of that period. How do you view the utopian visions of archigram during that specific moment of history in relation to the current realities of our cities and the recent political and social waves of change ?

PETER COOK: Actually... at the time I was probably naive enough to not regard it as Utopian.

Speculating on the potential and possibilities to develop culture in the Gold Coast, professor Sir Peter Cook and Gavin Robotham, directors of CRAB Studio, investigated this idea through the making of a large hanging sculptural piece: The WRAP, and a set of drawings and watercolors. The result is a public art exhibition, ‘Speculator’ in collaboration with Bond University, in Contemporary Temporary Gold Coast Arts Gallery, Surfers Paradise, Australia. The ‘WRAP’ aims to inspire that architecture can be the catalyst for transformation. More images and architects’ description after the break.

Inspired by a reaction to the tsunami, the proposal for the Istanbul Disaster Prevention and Education Center is symbolically and practically rising above the streams. Designed by CRAB, the studio of Sir Peter Cook and Gavin Robotham, the building sits with its blades resting into the ground, ready to divide the streams of water if and when they come. Organized as a series of five clusters, it meanders along the site as a chain of events and somewhat in the manner of a chain of flowers. More images and architects’ description after the break.

"Towards Comfo-Veg" Exhibition at SCI-Arc

Exhibited from April 6 – Mary 13, the Southern California Institute of Architecture (SCI-Arc) is pleased to present “Towards Comfo-Veg,” a large scale, site-specific installation designed for the SCI-Arc Gallery by architect and artist Peter Cook and partner Gavin Robotham of London-based CRAB Studio. Building on CRAB’s internationally recognized experimental work, Towards Comfo-Veg introduces an almost completely light-tight, multimedia experiential space welcoming visitors through a single point of entry and leading towards hints of an invented and dreamlike world. More information after the break.

Read on for more on the tower after the break.