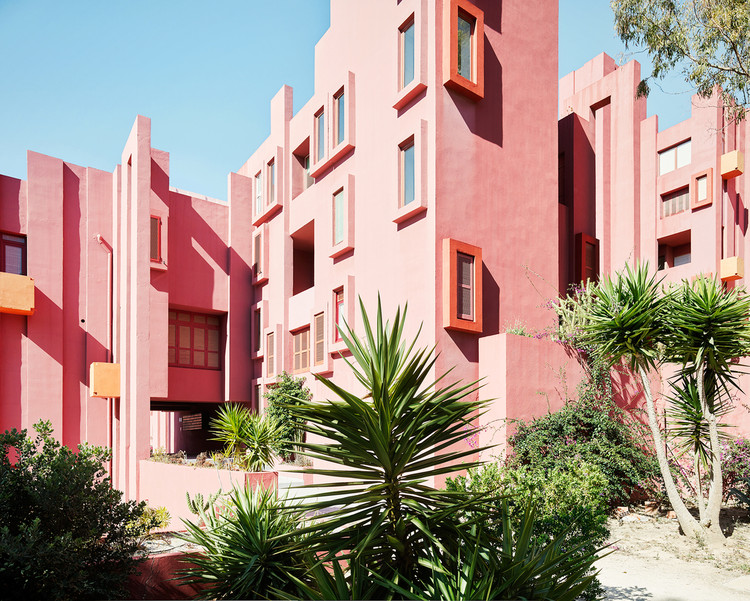 Some architects love color, some are unmoved by it, some hate it, and some love to dismiss it as too whimsical or non-serious for architecture. In an essay on the subject, Timothy Brittain-Catlin mentions the “innate puritanism among clients of architecture,” architects and their “embarrassment of confronting color,” and how “Modernism tried to ‘educate out’ bright colors.” So, while the debate on color in architecture is far from being a new one, it is not finished, and probably never will be.

In today’s world where the exhausted stereotype of the no-nonsense architect clad in black still persists, and while we quietly mull over the strange pull of the Cosmic Latte, there are some architects who haven’t been afraid of using broad swathes of color in their work at all. Read on for a list of 7 such exemplary architects both from the past and the present.

Best known as one of the leaders of Catalan Modernism and Art Nouveau, Gaudi’s fantastical work is characterized as much by its use of traditional decorative arts like stained glass, ceramics, and wrought-iron forging as it is by its eccentric forms. Drawing from nature, mythology, and religion, the architect’s remarkable use of color is evident in the polychromatic tile, brick and stone-work in projects like the Casa Vicens, El Capricho, Casa Batllo, Park Guell and the Sagrada Familia, among countless other masterpieces.

While Barragán’s work makes use of whole planes splashed with bright, contrasting colors, it is never uncomfortable to look at, even in the Mexican summer sun. Expanses of creamy pink and bright orange at right angles to each other, a sunny yellow corridor, rust-red running into earthy grey, a solid chunk of scarlet against fresh blue, a lilac wall behind a dusty green cactus – these are a few of the many sights to behold in Barragán’s projects through which he sought to capture his obsession with “serenity, silence, intimacy and amazement,” the region’s culture, and the surrounding landscape.

“I love Borromini and want to get some of the feeling of the richness of that architecture into my work, but if you have to paint it white and make it flat, what's the point?'' The American architect notorious for breaking away from the purist traditions upheld by the modernists used playful colors and bold forms in his postmodern works such as St. Coletta School, Portland Building, and the Dolphin Resort at Walt Disney World.

The self-taught artist and architect, and one the main proponents of De Stijl, Doesburg applied his ideas about color with full vigor in the spaces he designed in collaboration with other designers, such as the Café l'Aubette. The multiple surfaces and planes in actual space allowed him to play with shifts in tones, contrasting angles, horizontal and vertical elements, and geometry, all in bold primary colors that stood for pure abstraction and purity.

“The Kunsthaus offers a rotund, laughing, winking face to the city of Graz. The straightforward entry is followed by a tantalizing element – the travelator that invites you into the unknown. The mystery deepens in the dark, magic space...” This is no Archigram project on paper, it’s a public art gallery in Austria designed and built by Peter Cook’s CRAB Studio. The architect wasn’t joking when he said that Archigram’s designs were always meant to be built: marked by the same wit, color palette and radical playfulness, Cook is not afraid to throw around splashes of color, which is not surprising at all, given his added disdain for the “piety of biscuit-beige.”

High-tech, functionalist, adaptable, and colorful – the work of Richard Rogers today still imbibes the same spirit as the building that launched his career: the Centre Georges Pompidou. At first glance, the museum seems like a giant, rectangular mass of colorful pipes and scaffolding, but a close study reveals meticulous color coding: blue for ventilation, green for plumbing and fire control piping, yellow and orange for electrical systems, red for elevators and shafts, and white for structure and largest ventilation components.

The work of the Spanish architect, more specifically the numerous housing projects like the El Sargazo Apartments, Gaudi District, Kafka Castle, Xanadú and La Muralla Roja, is often described as surrealistic or "Escheresque". Bofill’s mastery over color in his labyrinthine, multi-leveled buildings takes the form of dramatic shades of fuchsia, scarlet, blue, pistachio, indigo, violet and orange applied in generous amounts, often setting up a striking contrast with the surrounding landscape. 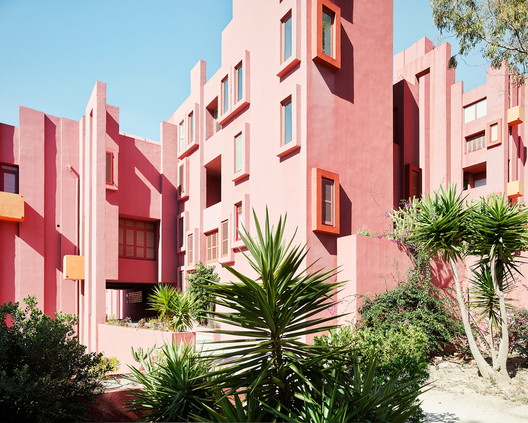