http://www.shoparc.com/
BROWSE ALL FROM THIS PHOTOGRAPHER HERE
↓

The Political Dimension of Architecture: Activism Through Design

The inertia of politics and governance in a time when major societal changes occur at an increasingly faster pace and the dissatisfaction with the decision process makes room for bottom-up actions, activism and bold endeavours. In the light of so many examples of social activism, do architects have the tools to make their own stand? Does architecture have the power to disrupt the status quo?

When Jane Jacobs famously said, “Cities have the capability of providing something for everybody, only because, and only when, they are created by everybody,” she might as well have been foreshadowing the successful partnership formed between SHoP Architects, James Corner Field Operations, and Two Trees Management. The team, who collaborated on the 11-acre Domino Park master plan in Williamsburg, Brooklyn, has been hailed for creating a benchmark standard in perfecting the process for designing and understanding what it means to maintain a park that actively participates in a two-way dialogue with the community.

The Comeback of Craftmanship and Artisanal Aesthetics in 3D Printing 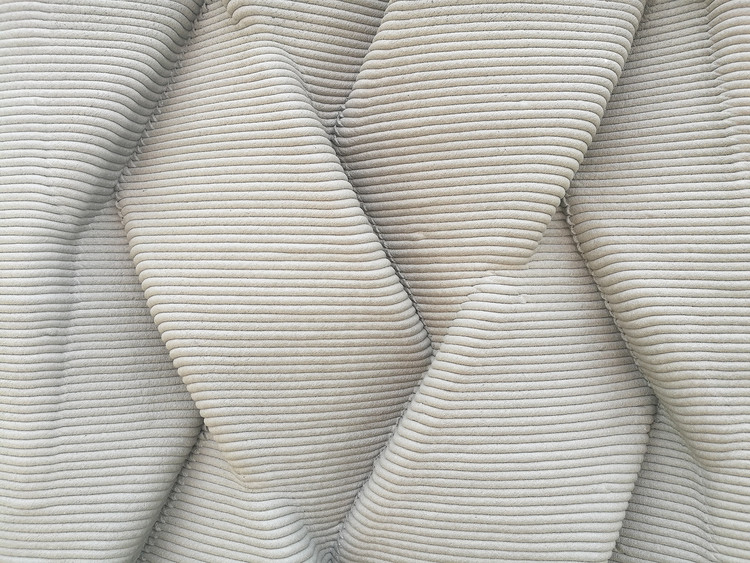 Craftmanship is back. Following a century of mass production and industrial development, crafts are starting to be revalued and reinterpreted. A new sensitivity towards raw materials, the recovery of local techniques and the defense of small-scale trade are a few of the claims that this comeback represents. Materials such as earth and ceramics, textiles and wood are being reinterpreted by designers, artists, and architects around the world, in search of both their own style and the representation of collective nostalgia. 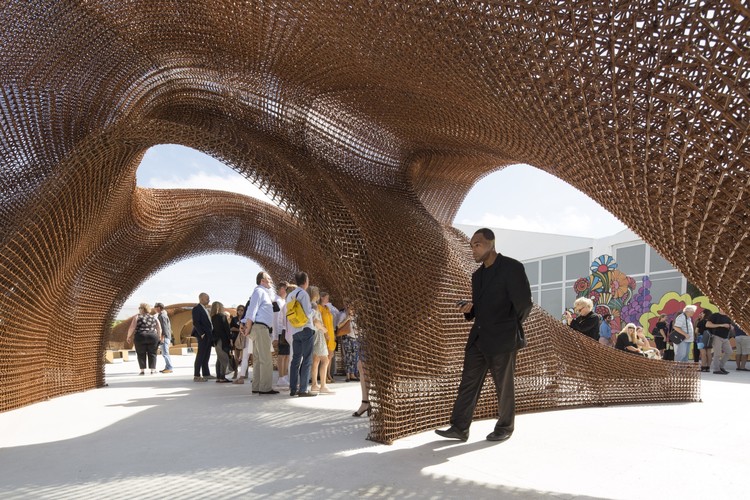 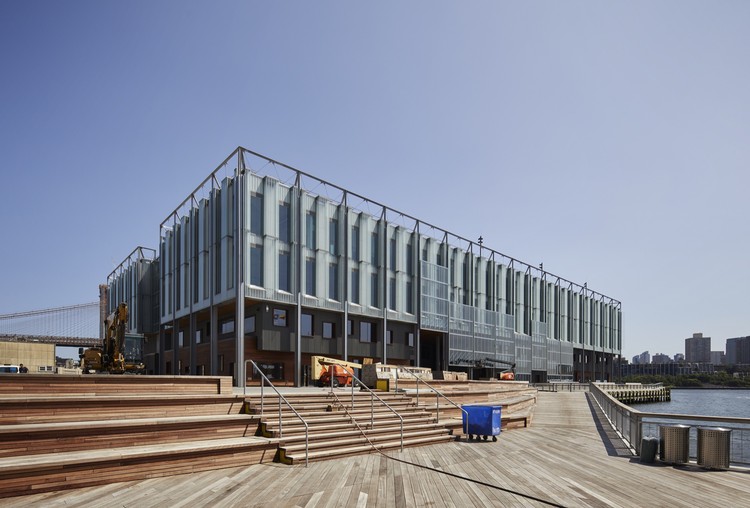 These Are the World's Most Innovative Architecture Firms

This article was originally published by Archipreneur as "5 of the Most Innovative Architecture Firms."

The AEC industry is notoriously slow to adopt new technologies. Cumbersome organizational structures and high financial stakes make it difficult for AEC professionals to experiment. Due to the limited role of architects in the project development process, innovative design solutions and experimentation with new manufacturing techniques are still confined to academic circles and research institutions.

However, some architecture firms are utilizing their high profiles, international success and the influx of talented, young designers to establish in-house research divisions and incubators that support the development of new ideas in the AEC industry. The following five companies are consistent in pushing the envelope and helping architecture adopt some of the latest technologies:

SHoP Architects have unveiled plans to expand SITE Santa Fe, a contemporary arts venue in the city of Santa Fe. With a mission to serve as a "dynamic cultural hub" within the heart of Santa Fe Railyard (one of America's six Great Public Spaces according to the American Planning Association), the new design "draws inspiration from traditional Navajo patternmaking" and will be anchored in the "distinctive material qualities" of its historic site.

US Secretary of Agriculture Tom Vilsack, in partnership with the Softwood Lumber Board and the Binational Softwood Lumber Council, has announced the winners of the US Tall Wood Building Prize Competition. The two winning projects—Framework, by Framework, LLC, and 475 West 18th, by 130-134 Holdings LLC—will each receive $1.5 million in funding for their development in Portland and New York, respectively.

Each of the projects took a unique perspective on wood building systems, fulfilling the competition’s call “to showcase the safe application, practicality, and sustainability of a minimum 80-foot structure that uses mass timber, composite wood technologies, and innovative building techniques.”

SHoP Architects and Studio O+A have unveiled designs for a new Uber headquarters in San Francisco. Planned to rise on a 14-acre vacant site in the city's Mission Bay neighborhood, the 423,000 square-foot scheme will consist of two towers: an 11‐story tower at 1455 Third Street and a 6‐story structure at 1515 Third Street. 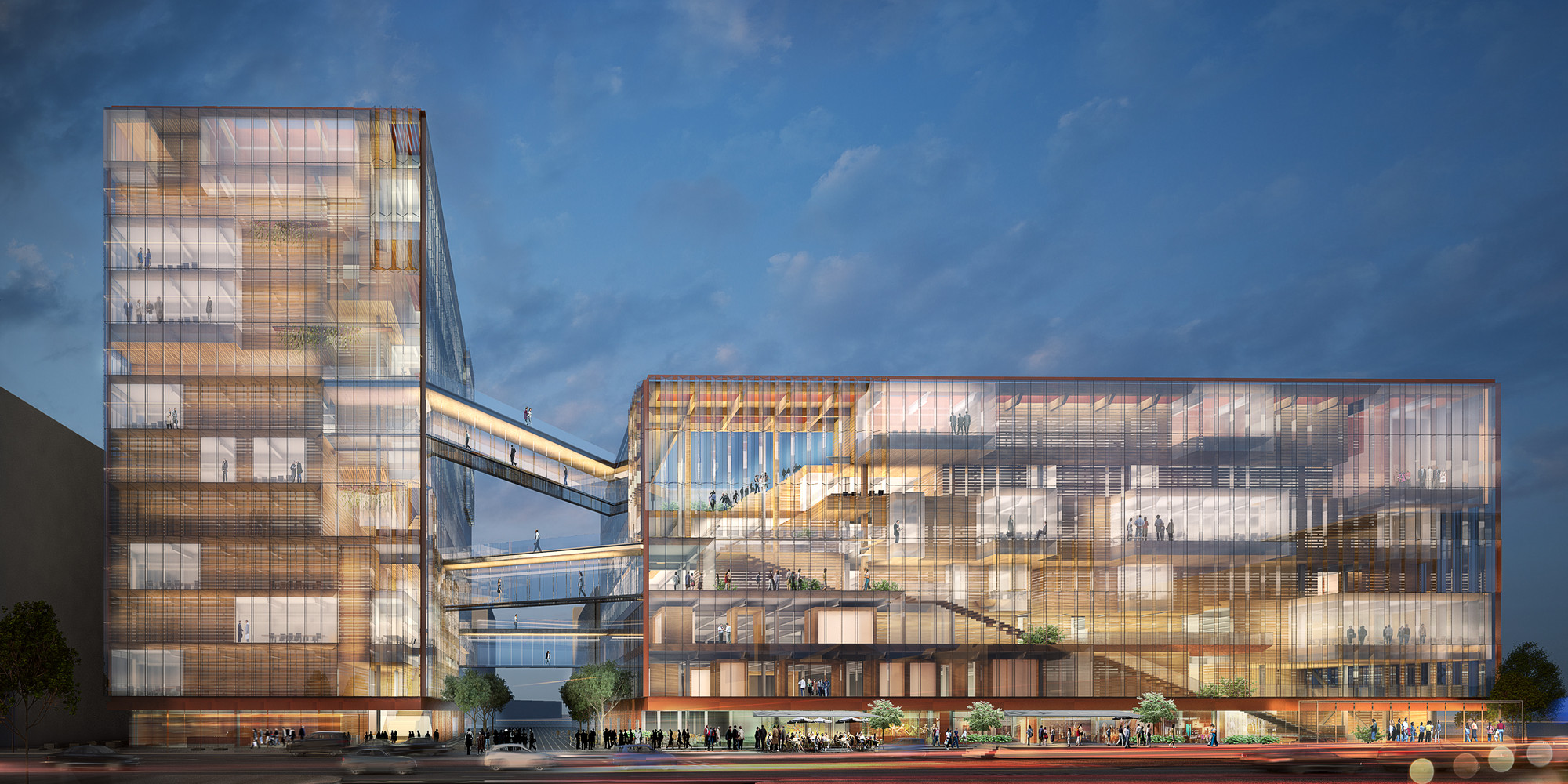 SHoP Architects and West 8 have teamed up with developer Michael Simkins to propose a new 10-acre "Innovation District" in Miami's Park West neighborhood. If approved, the four-block area would foster the "growth of creative technology industries" within the city and provide "world-class urban amenities" to the surrounding communities.

"True innovation today requires the very thing that cities, at their best, have always provided: creative proximity. Even as it continues its rapid development, the city of Miami does not currently offer significant urban environments that meet the necessary criteria," said SHoP in a press release.

Construction is underway on SHoP Architects' newest addition to the New York skyline - 626 First Avenue. The conjoined residential towers, slated for completion in early 2016, aims to stimulate development on the city's East River. Once complete, they will add 800 residential units to the area connected via a sky bridge. Featured amenities will include an indoor lap pool, communal lounge areas, rooftop deck, fitness center, and film screening room. In addition to the cooper structures, SHoP will also design all the buildings' interiors and furniture, making the development a true gesamtkunstwerk.

Read on for more images of the project and a fly-through around the structure.

SHoP Architects have revealed a mixed use proposal to pedestrianize New York City’s historic Seaport District. Extending the Manhattan grid out into the waterfront, the scheme seeks to harmonize pedestrian infrastructure and increase access to the shoreline, while proposing a 500-foot luxury residential tower by developer Howard Hughes Corporation that would jut out into the harbor. More about the proposal, after the break.

The saga of the long-awaited housing component in SHoP Architects' Atlantic Yards masterplan in Brooklyn took a dramatic turn this week, as contractor Skanska USA decided to halt all construction on the B2 BKLYN project, the first of 14 planned apartment buildings at the site. The decision is the result of a long-running dispute between Skanska and the developer Forest City Ratner (FCR) over the slow pace of construction, with only 10 of the building's 32 stories constructed so far - despite the project's initial deadline having passed three months ago.

The project was lauded before construction began in 2012 for its plan to use a system of fast and cheap modular construction. However Skanska claims that the design of this system, which was developed by SHoP Architects in collaboration with Arup, was flawed. With both the contractor and developer claiming that the other is to blame for cost overruns into the tens of millions of dollars, Richard Kennedy of Skanska told the New York Times that they "came to the decision to stop work on the project until our significant commercial issues are resolved."

More on the dispute after the break

Is There a 'Perfect' Density for Cities?

In a compelling opinion piece on the Guardian, Lloyd Alter argues that our current obsession with increasing the density of our cities - mostly by building ever-taller skyscrapers - might be severely misguided. Alter believes that, without tall buildings, cities can achieve a "Goldilocks Density" - just dense enough to support lively streets, but not so dense that they become inhabitable. You can read the full article here.

The Steel Age Is Over. Has The Next Age Begun?

Andrew Carnegie once said, “Aim for the highest.” He followed his own advice. The powerful 19th century steel magnate had the foresight to build a bridge spanning the Mississippi river, a total of 6442 feet. In 1874, the primary structural material was iron — steel was the new kid on the block. People were wary of steel, scared of it even. It was an unproven alloy.

Nevertheless, after the completion of Eads Bridge in St. Louis, Andrew Carnegie generated a publicity stunt to prove steel was in fact a viable building material. A popular superstition of the day stated that an elephant would not cross an unstable bridge. On opening day, a confident Carnegie, the people of St. Louis and a four-ton elephant proceeded to cross the bridge. The elephant was met on the other side with pompous fanfare. What ensued was the greatest vertical building boom in American history, with Chicago and New York pioneering the cause. That’s right people; you can thank an adrenaline-junkie elephant for changing American opinion on the safety of steel construction.

So if steel replaced iron - as iron replaced bronze and bronze, copper -  what will replace steel? Carbon Fiber.

Barclays Center to be Topped with Massive Green Roof

Developers Forest City Ratner Companies (FCRC) and Greenland Group have decided to realize SHoP Architects’ original plan to top Brooklyn’s Barclays Center with a 130,000 square foot green roof. Though the design was first disregarded due to budget cuts, the developers have deemed it necessary to enhance the marketability the Atlantic Yards’ three residential towers - the first is currently underway - and dampen the noise from loud concerts. Little details have been released about the green roof’s design, however rumor has it that it might not be open to the public as it was originally intended.